Around the World in Eighty Days, New Vic Theatre, Newcastle-Under-Lyme - review with pictures

Three resounding cheers for this third outing of Around the World in Eighty Days at the New Vic. 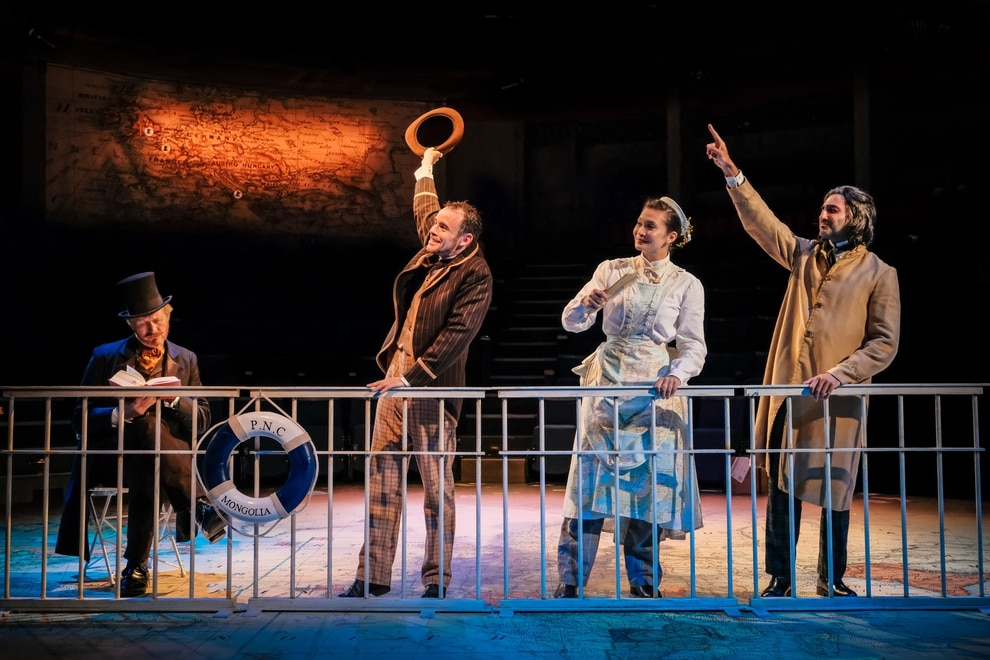 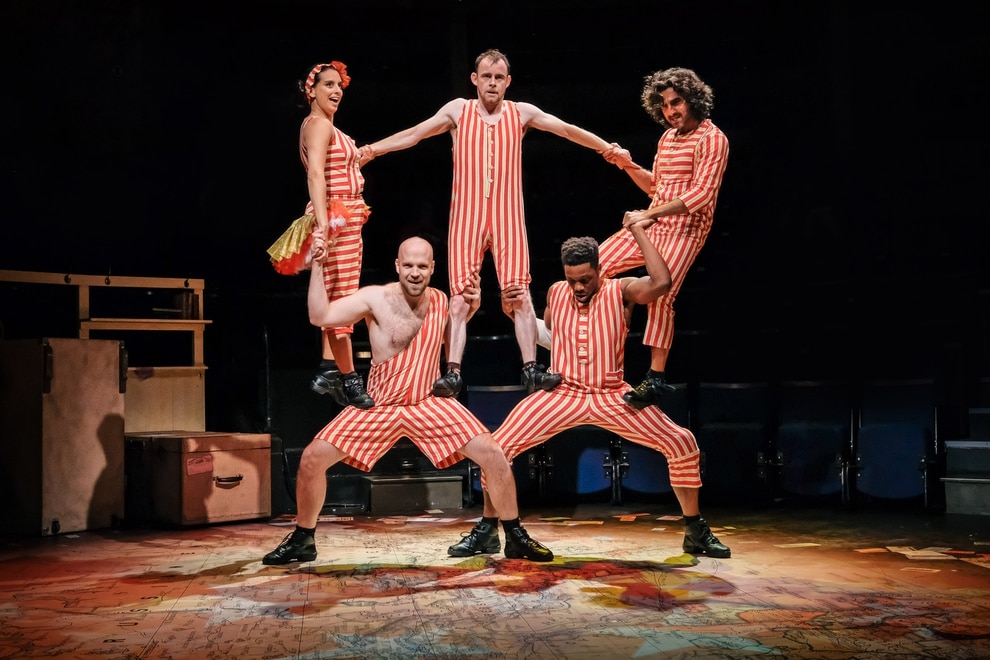 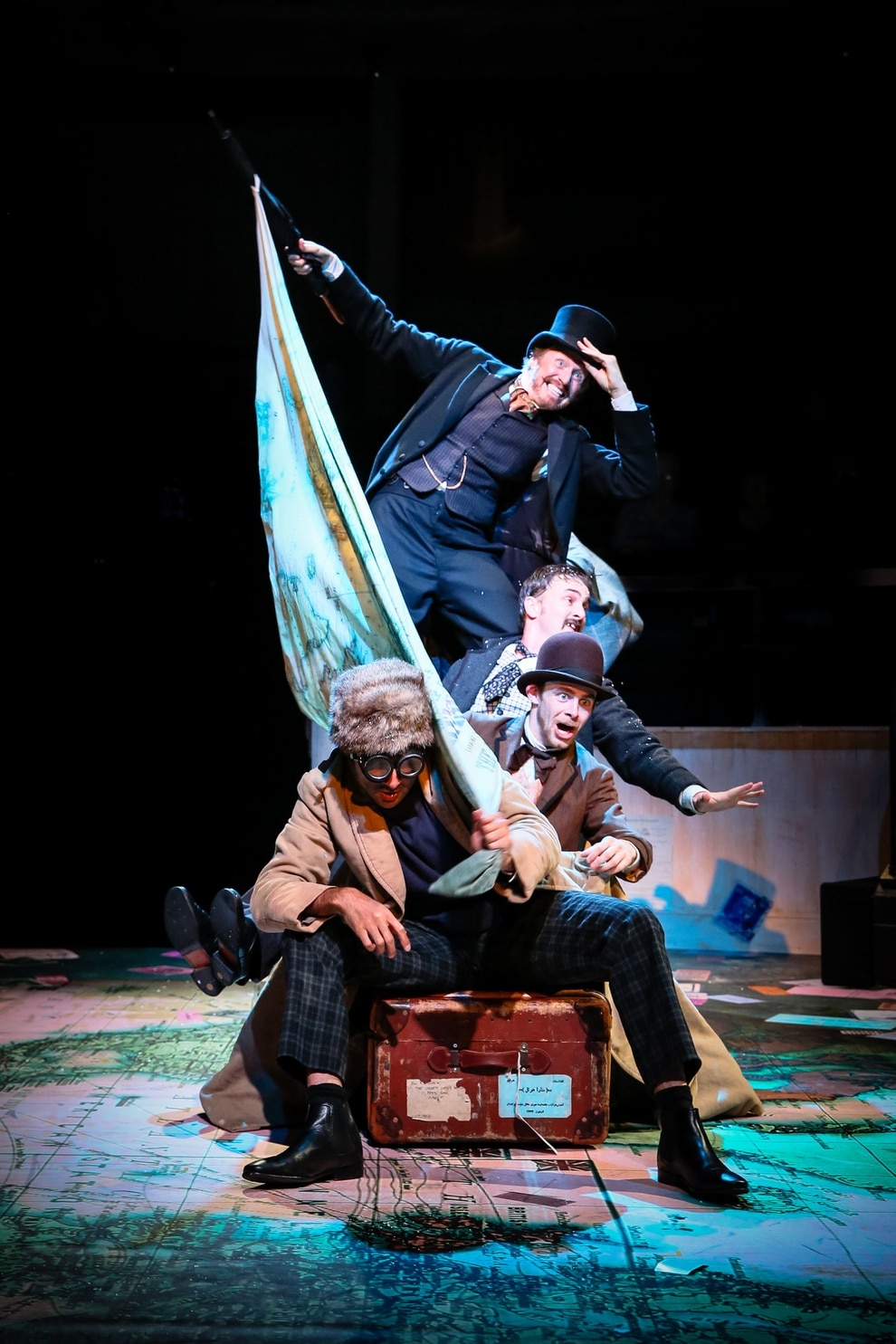 Pushpinder Chani (at the front) as Mudge, Michael Hugo as Passepartout, Dennis Herdman as Inspector Fix and Andrew Pollard (at the back) as Phileas Fogg. Picture by: Andrew Billington 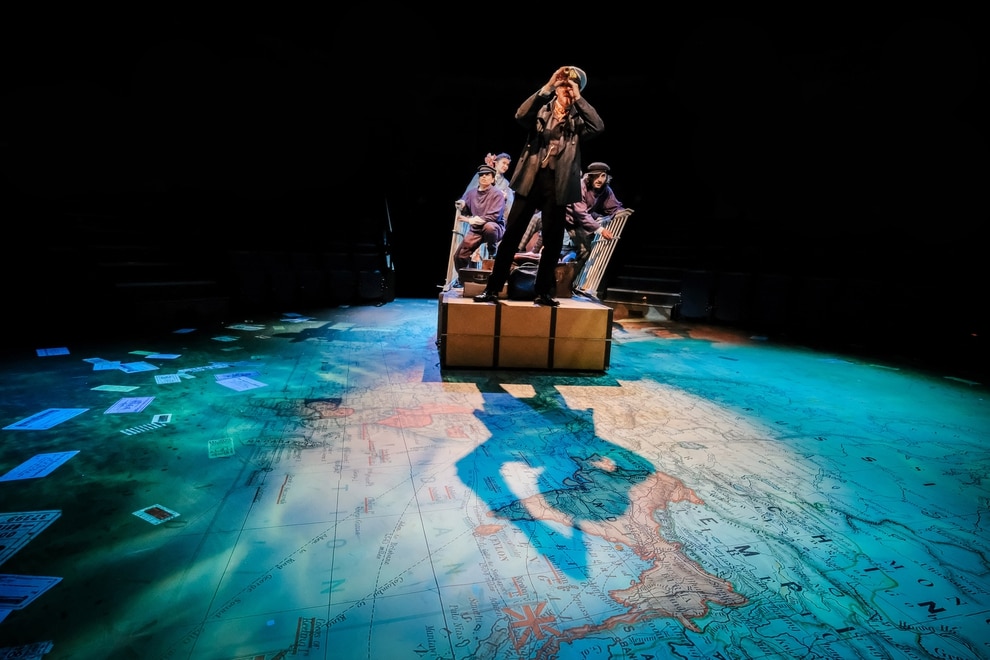 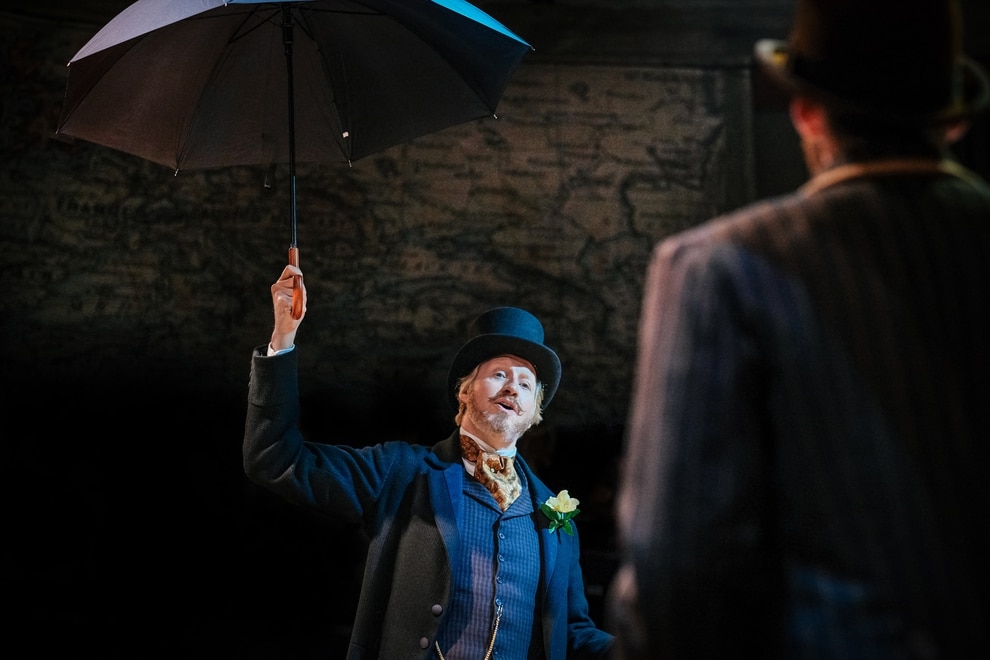 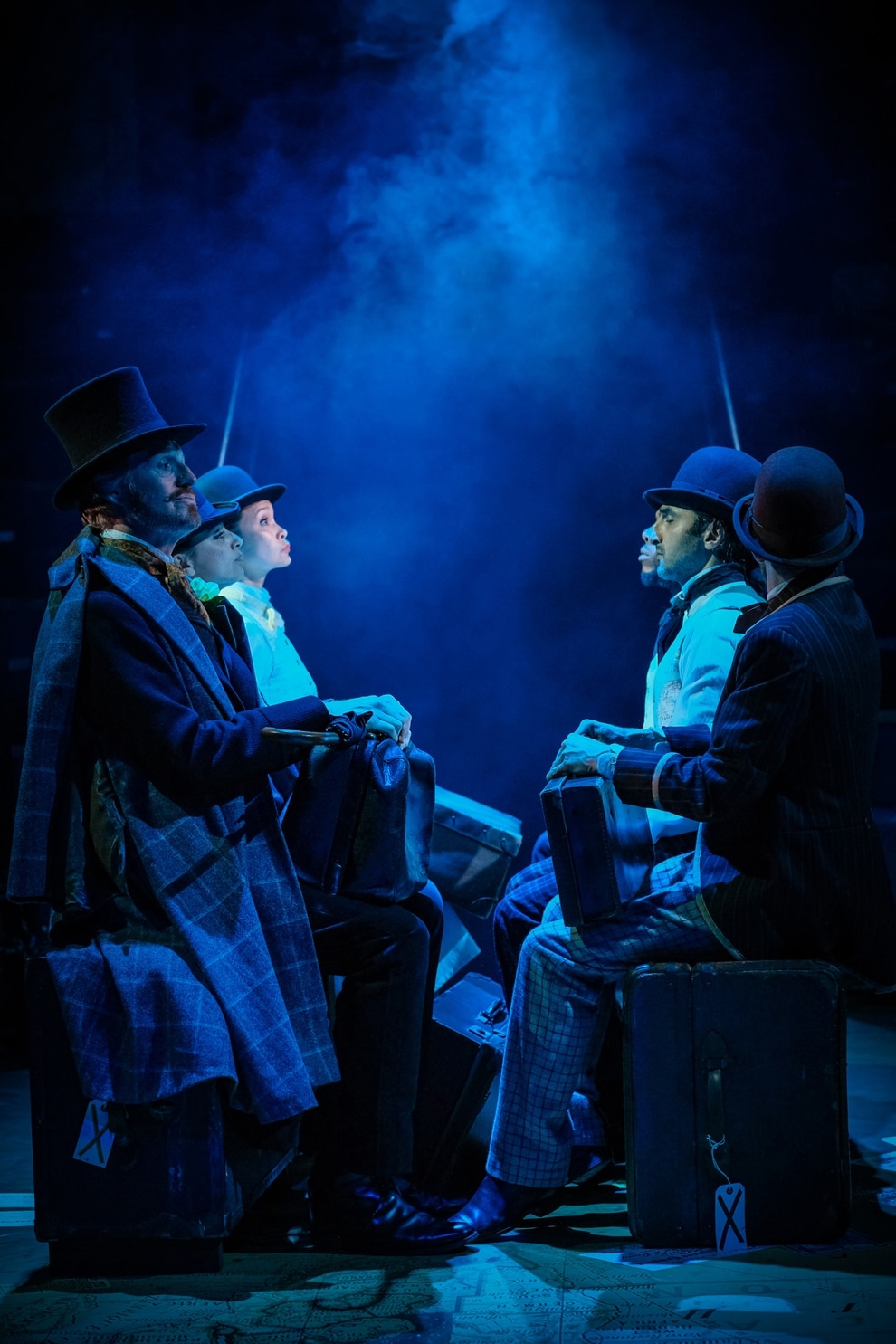 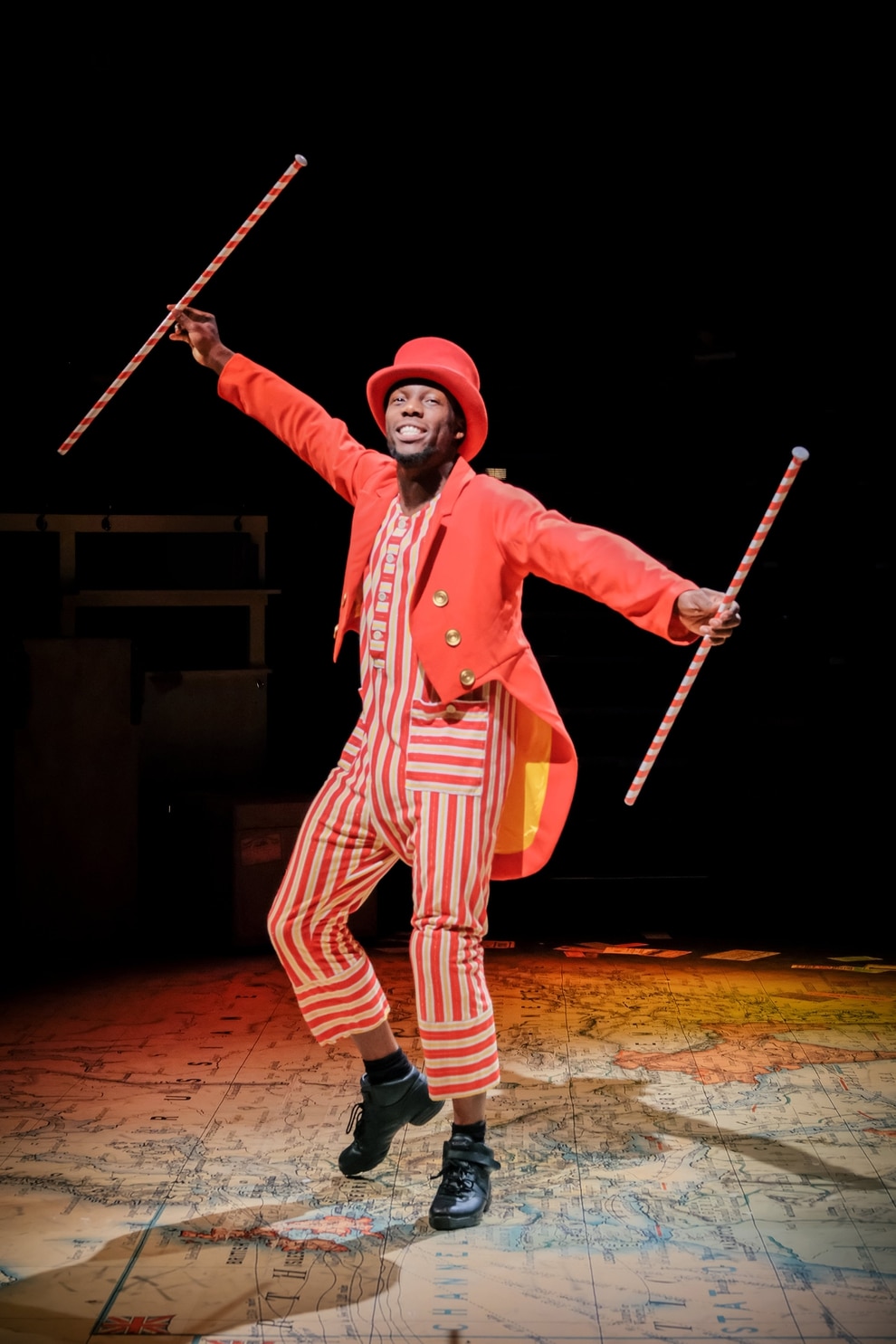 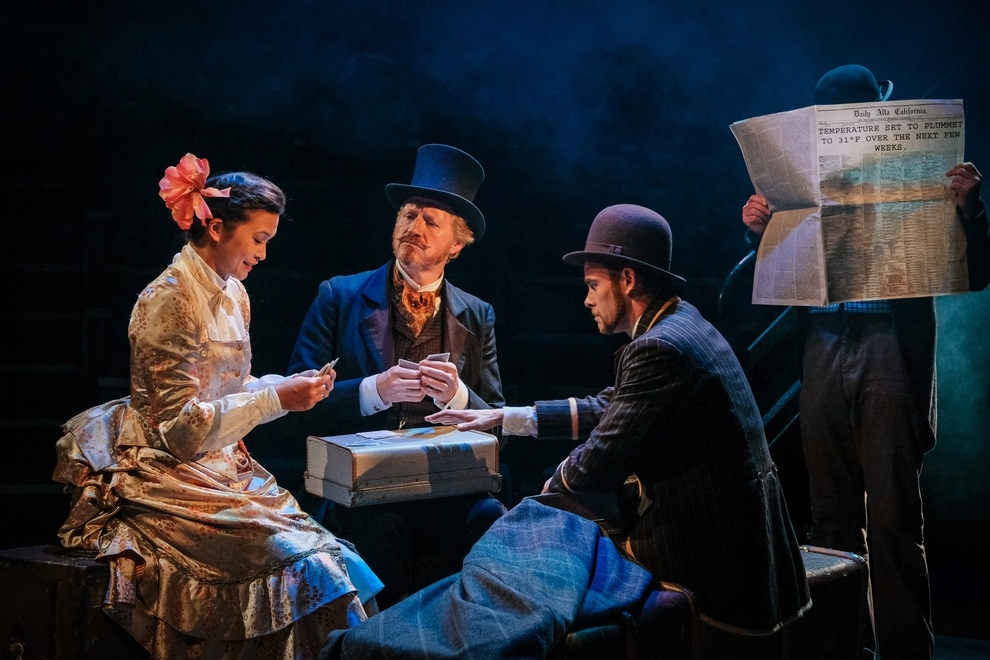 With most of the original cast from the 2013 production together again, it’s a high-octane comic entertainment firing on all eight cylinders. Everyone on stage is clearly enjoying themselves so much -- you bet they’re going to beat the clock and get back to the Reform Club in time, whatever misadventures the next two hours throws at them.

Phileas Fogg’s unflappable Britishness and his valet Passepartout’s endearing flappableness drive much of the humour. Andrew Pollard’s imperturbable Fogg and Michael Hugo’s irrepressible Passepartout milk this hilariously, whether the 109 other characters supporting them come in a French beret, Italian straw boater or Egyptian Fez; whether they’re bouncing up and down on six different trains, or swaying side to side on six different boats.

The success of this production surely lies in the polished contributions of everyone in the wider team, creating such a rock-solid base (notwithstanding the ever-moving ship’s rail and re-assembled luggage) on which the cast can have so much fun.

The ever-popular novel by Jules Verne gives adapter Laura Eason a strong dramatic structure and she weaves the sub-plot involving cack-handed Inspector Fix into the race against time with consummate skill. Director Theresa Heskins has also enjoyed herself, poking fun at some of her own technical tricks – the flying document that a recipient eventually refuses to catch, the fist-fight-at-a-distance that becomes a parody of itself – while making sure two hours packed with so much incident runs like clockwork.

And when it comes to parody, I loved composer James Atherton’s nod to Morricone when we reached the American west.

Other random delights – Dennis Herdman’s Inspector Fix hailing Passepartout with countless malapropisms (Mr Mangetout, Mr Platform shoe) and Michael Hugo’s quick-witted, cheeky improvisations as he busked us into the second act. I hope they bought the youngster on the front row another ice-cream!

As in all the best voyages, there are journeys within the journey. So Phileas Fogg begins by firing his valet for not serving his regular cup of English breakfast tea at the required 97°F. Seated eighty days later beside the woman who has found the heart in him, he accepts a cup of green Japanese tea with only the slightest of flinches.

And after this run at the New Vic the team will be taking their production on a journey to eighteen theatres -- Around the Country in 197 days. Have fun!