Every club has their legends but few can rival that of Cannock CC’s veteran all-rounder Jamie Fleet – who has just begun his 53rd year with the club.

Joining as a 12-year-old, Fleet reckons he has racked up an incredible 3,500 matches for the club, since first arriving at their old Morris Ground home, in Hatherton Road in the 1960s.

He has seen countless ups and downs and in that time he has racked up some 35 centuries and thousands of runs for the club. Among his favourite memories are seeing the club win the Birmingham League in 2000 – a side which included a promising young overseas professional Fleet helped to sign, a certain Kevin Pietersen.

Fleet – who has played for Staffordshire’s over-50s side – still turns out for the club’s third and fourth sides and recalls getting hooked on the game after following his older brother to the club, going on to become first team captain.

Now aged 65, he says his toughest opponents in his years have been old foes Cannock & Rugeley as well as Fordhouses, against both of whom he shared numerous cricketing battles.

And he recalled: “My first senior game was at Walmley, a last-minute replacement was needed and at 14 I was in at number 11 and had to face the last four balls to draw the game. We had a good junior team and those colts games is where I got to meet friends who I’ve played against for so many years.

“It’s also were we learnt our trade both and off the field. Wolves legend Geoff Palmer was one of many friends who I played with before football took priority. I used to spend Saturdays at the club in those early years doing the scoreboard, watching the firsts hoping that there would be a cry-off in the seconds or thirds. Kit bag ready and I’d be off – or I’d get a free tea. Third team games at Cannock Park taught you how to play. No helmets and uneven bounce meant lessons were learnt quickly!”

Fleet added: “At 18, I got my chance to open in the firsts. Club legends Ken Handley and Dennis Humphries were the established opening pair but I got my chance and I played.

“So many great players, so much fun both off and on the field.”

Recalling his part in signing England great Pietersen, Fleet added: “We’ve had great players including our overseas – many of which I arranged including KP. The rest is history and been well documented but he was part of the 2000 team which won the Birmingham League. About five years earlier I was given the number of a retiring professional cricketer in Laurie Potter and one Sunday evening I offered him a chance to play at the club. What a signing he was. He took us from the Staffs Clubs through the pyramid system to be Birmingham League champions in 2000.

“At the time I was in the seconds and we also became second XI champions.” 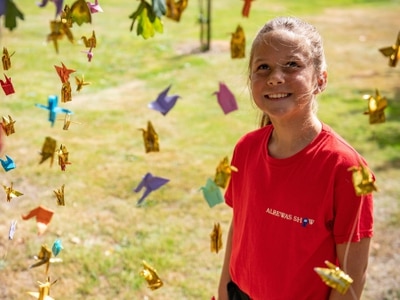