Nigel Quashie goes back to school

Former West Brom and Wolves player Nigel Quashie has returned to the Midlands after a spell in Iceland to set up a soccer school. 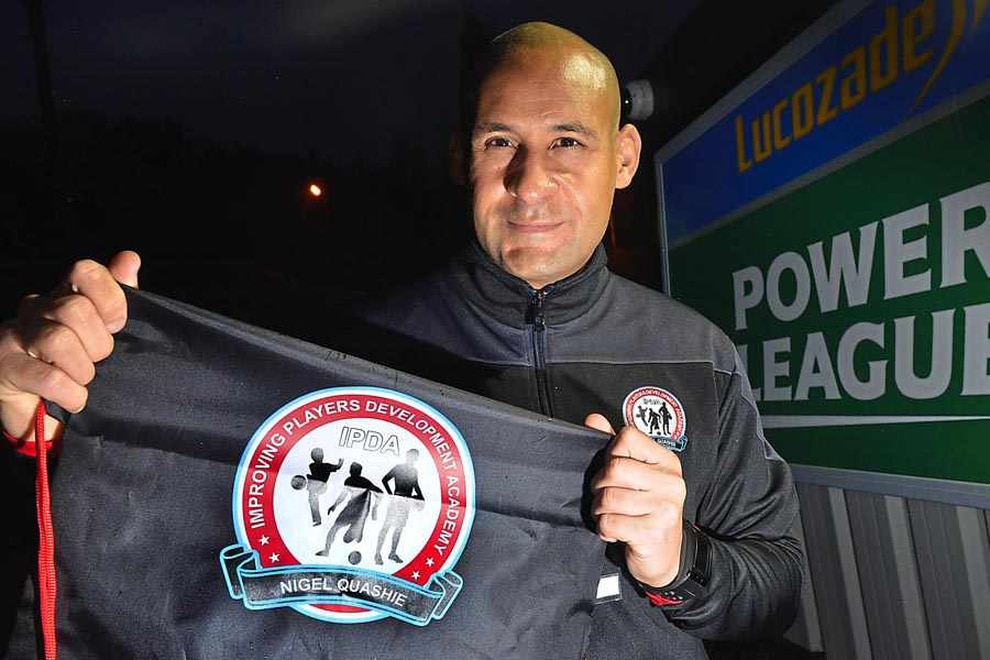 Nigel Quashie, who played also played for Blues during an 18-year career, has opened the Improving Players Development Academy.

The academy runs sessions for children aged seven to 16 at Powerleague in Halesowen and Birmingham, and Goals in Wolverhampton.

Now he hopes to use his coaching skills to take youngsters from the Black Country to the next level.

The combative midfielder, who was capped 14 times by Scotland, said: "I wanted to set up a soccer academy which can give people a chance, bring them together and create relationships.

"With the academy, what I want to do is see people enjoy playing football – it doesn't matter who they are or where they're from.

"The aim is to give them confidence by playing football and having fun. I think football should be for everybody and I want people to come here, get better and improve."

Quashie's career took an unexpected turn after his release from QPR.

Despite lucrative offers to keep playing and pad out his pension in China, he took up an opportunity at the IR club in Reykjavik in 2012, where he was given the chance to coach the youth team as well as play.

He added: "It worked really well for me, I went over there and it just felt right. I was working in the youth system to give their players a platform to get into the first team.

"My idea was always to work with young players and try to make them better and help them move up."

His time at ÍR – where former Chelsea and Barcelona striker Eidur Gudjohnsen started his career – was a success, with nine young players progressing into the first-team squad during Quashie's stay.

A move to second tier side BolungarVík followed a year later and Quashie continued to make an impact on the youth-team players, with a handful getting national team call-ups above their age grade.

His return to the West Midlands will help him give something back to an area where he played for three clubs.

Quashie turned out for Albion in 2006-07 and had brief loan spells at Wolves and Blues two years later.

He thinks his coaching style is not just to improve the youngsters as footballers – but also as people.

He said: "The one thing I want to do is help them. If I can do that, then great. If people come in to play football and have a smile on their face and build relationships, then I'm more than satisfied."

Lee Hendrie: I lost £10m and tried to take my own life