Albion put in a magnificent performance - and moved a step closer to promotion - by securing a crucial victory over Derby. 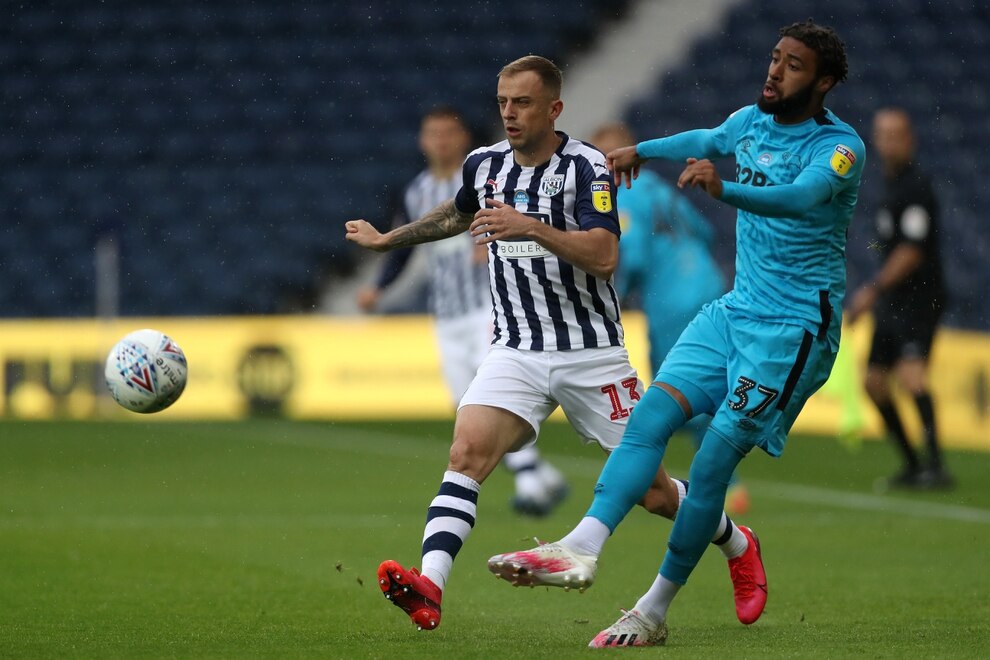 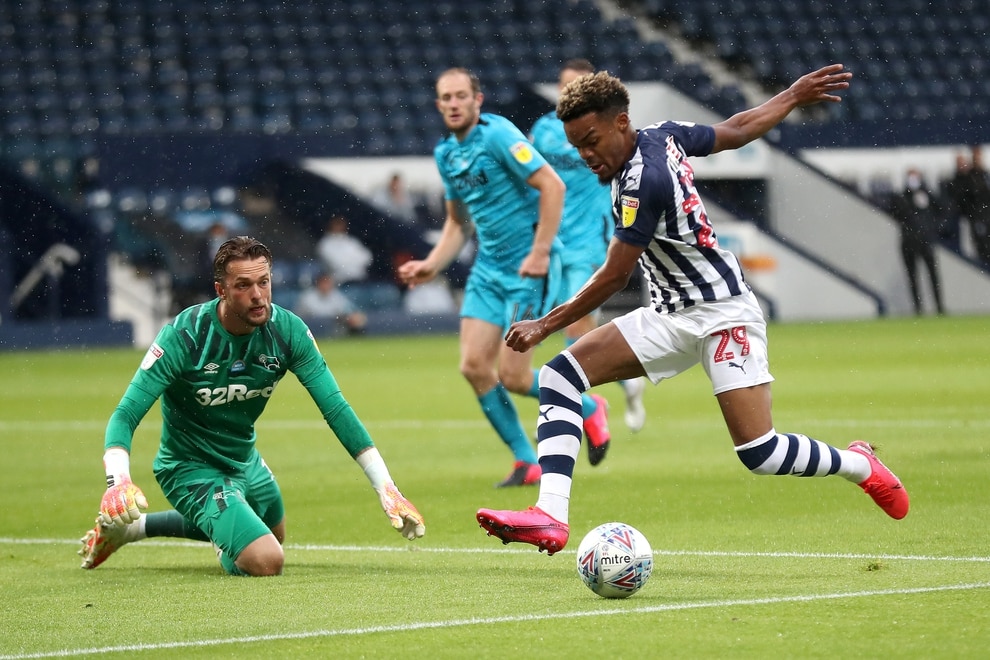 Grady Diangana of West Bromwich Albion scores a goal to make it 1-0. (AMA) 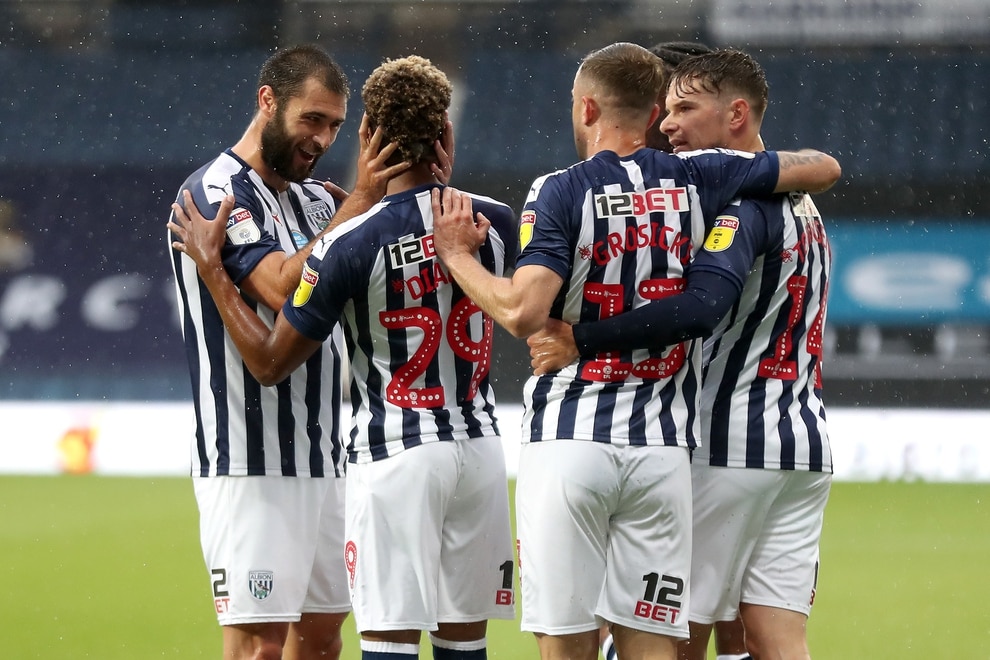 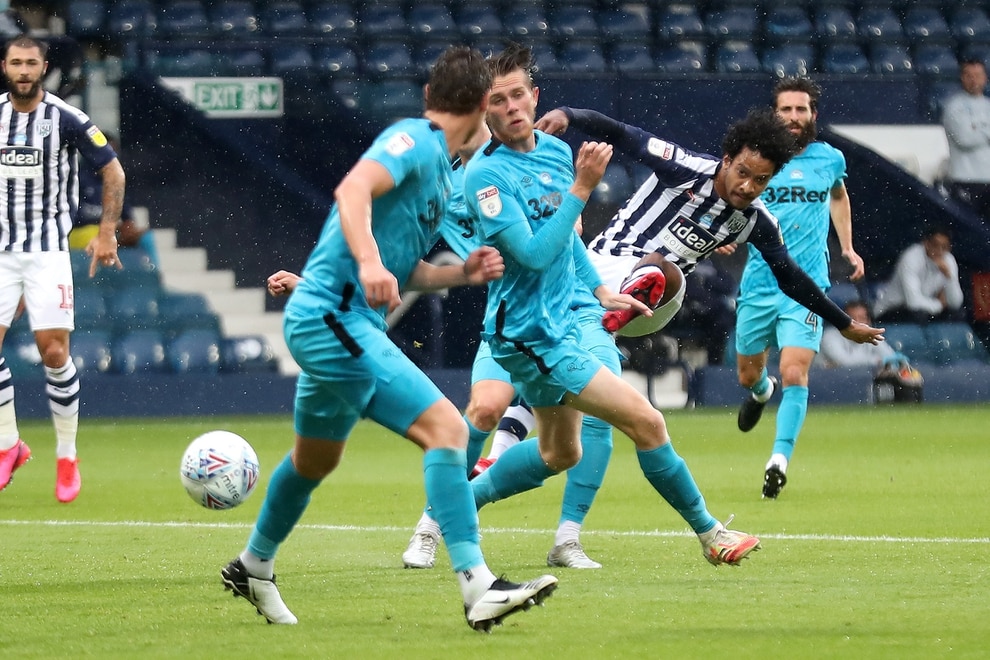 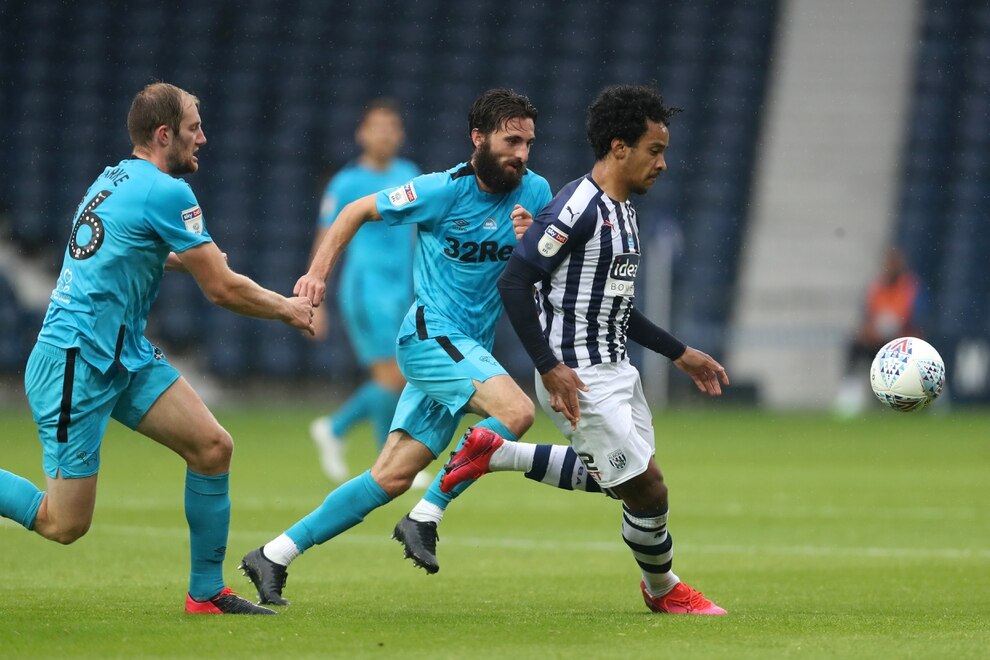 Dara O'Shea of West Bromwich Albion scores a goal to make it 2-0. (AMA) 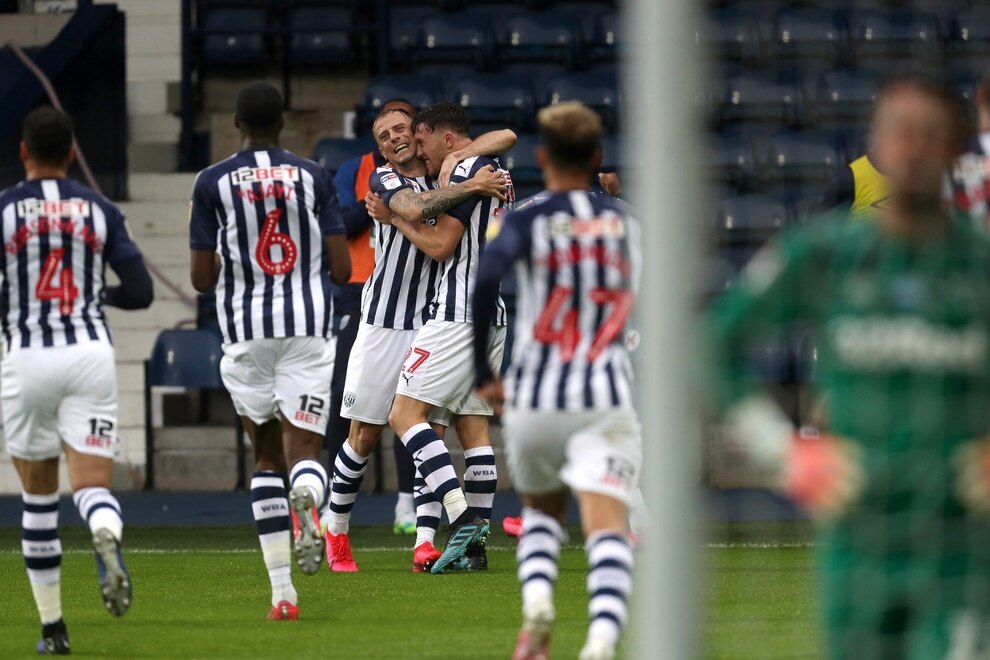 Goals from Grady Diangana and Dara O’Shea saw the Baggies put in their best performance since lockdown to run out convincing 2-0 winners at The Hawthorns.

Derby had been the Championship’s form team ever since Wayne Rooney left D.C. United to join them in January.

Bilic’s side also entered the clash under huge pressure after Brentford’s win over Charlton on Tuesday saw them move to within two points of them in the race for automatic promotion.

Yet playing with control, aggression but most importantly quality, the Baggies controlled proceedings from the off.

Diangana opened the scoring early in the first-half before O’Shea wrapped up the points with around 15 minutes still to play.

Having now secured three wins in a row, the result saw Albion return to the top of the Championship with Leeds in action against Stoke tomorrow.

Bilic had been pleased with his team’s attacking play - but not so thrilled with their defending - during Sunday’s win over Hull.

And that led to the boss making changes for the visit of Phillip Cocu’s side with the Croatian opting to switch from a 4-3-3 formation to 4-2-3-1.

Grady Diangana also came back into the starting line-up following his goalscoring exploits against The Tigers.

That allowed Matheus Pereira to move into the number 10 role with Diangana on the left, Kamil Grosicki on the right and Charlie Austin continuing as a lone striker.

Derby also lined-up in a 4-2-3-1 system with Rooney - who had been playing in midfield in recent weeks - shifting up field to play in the 10 role just behind Chris Martin.

Duane Holmes started on the right-wing with Louie Sibley on the left.

In what was a bright and even opening 10 minutes, both teams enjoyed spells where they moved the ball around well.

But in the blink of an eye, Albion shifted up a gear with Derby suddenly not able to live with their pace and movement.

They almost took the lead when a flowing move - which also involved Pereira - saw Grosicki and Diangana play a neat one-two in the box before the Poland international fired over.

But that miss proved to just be a warning of what was about to come with the Baggies opening the scoring just moments later.

This time Grosicki slipped in Diangana with a beautiful through-ball.

And from the tightest of angles the West Ham loanee rounded the keeper before squeezing the ball into the bottom corner and over the line.

Albion were playing with real control and aggression and they created two glorious chances to double their lead before the half-hour mark.

First a crunching tackle from Livermore led to the ball being worked to Diangana who then squared for Pereira.

The Brazilian dragged the ball back to create himself some space before hitting a curling drive from 12-yards.

But while the effort beat the outstretched arms of Ben Hamer, the ball also sailed inches past the post.

Then just moments later, Livermore teed up Grosicki in the box but the winger lashed a drive over when he really should have hit the target.

The discipline and structure that Albion were playing with meant Derby - although tidy on the ball - were offering very little in terms of an attacking threat.

Their best hope of getting back on terms seemed to be through Rooney with the former England skipper demanding the ball at every opportunity and constantly looking for raking balls forward.

But the Baggies stood up to threat superbly and again came close to doubling their advantage just before the break.

A swift counter saw Pereira find Diangana who then carried the ball the best of 50-yards to enter the box.

The forward then stood up a cross which Austin volleyed towards goal.

But Hamer proved equal to the effort with the glovesman man getting down well to make a fine one-handed stop.

Hamer was at it again just minutes after the re-start with Livermore finding Pereira in the box.

But again the keeper got down well to make a smart save and push away the Brazilian’s low drive.

The Baggies were forced into a change shortly after with Callum Robinson replacing Diangana who walked off but appeared to have a hamstring problem. Then just before the hour, Hal Robson-Kanu replaced Austin.

Derby had now moved Rooney back into their midfield two but it was Albion who continued to control proceedings with 25 minutes to play.

Eventually, though, Cocu’s side started to move the ball with a touch more purpose and have some sustained pressure in and around the Baggies box.

Albion managed the situation expertly however and quickly got themselves back on the front foot.

They should have been given a penalty with a little under 20 minutes remaining when Grosicki hit the byline before standing up cross.

Pereira was then clearly shoved to the floor by Matt Clarke, yet incredibly referee Jeremy Simpson missed the incident, despite wild protests from the Albion bench.

Thankfully, that decision didn’t come back to haunt the Baggies with Bilic’s side going on to double their advantage just minutes later.

It came from a corner with Pereira securing his 20th assist of the season when his delivery was powerfully headed home by O’Shea.

Albion could - and probably should - have made the scoreline even greater in the closing stages when substitute Filip Krovinovic slipped in Robinson.

The Sheffield United loanee powered a fierce drive at goal but the ball smashed into the chest of Hamer before bouncing to safety.

Derby, who had been second best throughout, saw their evening get even worse when Sibley was sent off in stoppage time for kicking O’Shea while the Dubliner was on the floor.

Overall, though, this was Albion’s night with Bilic’s side breathtaking going forward and playing with a discipline that prevented Derby from having a single shot on target.