Head coach Slaven Bilic pulled no punches and admitted Albion's performance wasn't good enough after they were beaten 1-0 at Brentford.

A solitary goal from Ollie Watkins - now the Championship’s joint top-scorer - was enough to secure the Bees a deserved victory at Griffin Park.

The Baggies were particularly below par in the first half but they improved after the break after Bilic introduced Filip Krovinovic and Kenneth Zohore and switched from a 4-2-3-1 system to 4-3-3.

But, in truth, they struggled to find any rhythm all evening - with the result seeing Brentford move up to third in the table and back in the race for automatic promotion.

“I knew we played against a good team, I knew blah blah blah about them, but I expected us to put more authority on the game, and to be less nervous,” Bilic said.

“Our passing was not good, it was very nervous.

“Our passing was too hard, we were smashing the ball into their half. At half time it was below par, for us.

“Second half we changed a bit, improved a lot. We had good spells, but those spells weren’t long enough.

“Of course they have the quality to delay and to do a counter attack and to take the ball away from their goal.

“We knew that before the game, but there wasn’t one aspect of the game where we were top, or excellent.

“Our aggression wasn’t all the time there - it was a bit of everything. Unfortunately it was not good enough.

“I said to the guys it’s only ourselves we have to blame for this. It’s a great opportunity we had, in this game. Unfortunately we didn’t do enough to grab it.”

The result at Griffin Park means Albion have not scored in their last four league outings despite the wealth of talent they have at their disposal.

And Bilic admitted his team needs to improve in the final third.

“We have to raise the level - we can’t wait for it,” he continued.

“We mustn’t lose belief, but on the other hand we have to be sharper in the box, more determined to come into the box.

“We have to get it back. It ain’t gonna come back by default.”

Baggies fans were somewhat surprised before kick-off that January signing Kamil Grosicki had been left out the match day squad.

But with Callum Robinson and Kyle Edwards taking a place on the bench, Bilic didn’t feel the need to have a third winger.

“It’s down to selection,” Bilic said on Grosicki’s omission.

“I spoke to him yesterday.

“He hasn’t played the first couple of games because we had Grady Diangana, Matheus “Pereira, Callum Robinosn and Kyle Edwards who were in front of him.

“With him with Brunty (Chris Brunt), with (Gareth) Barry, with Conor (Townsend) with (Lee) Peltier, that is the reason behind that.”

West Brom video | Less than an hour ago 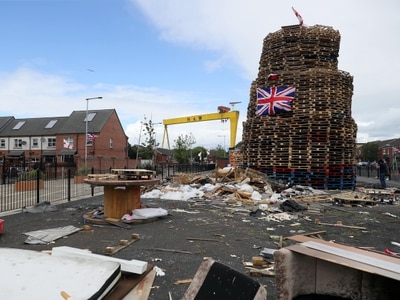