For any parent with young children, uprooting your family can be stressful, and footballers are no different. 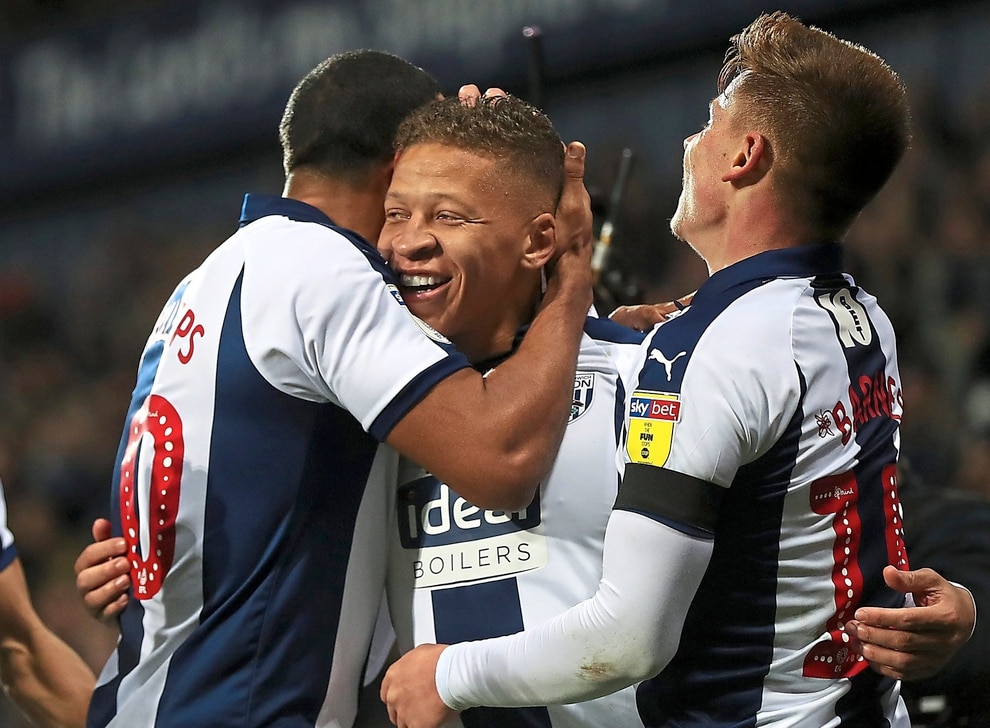 “It’s not something the fans see as much,” said Gayle. “We’ve obviously got our own families and our own things at home.”

Moving a young family 200 miles is enough of an upheaval, but when there is uncertainty over how long the move is for, that adds to the pressure.

“It’s even harder,” admitted Gayle, who is on a season-long loan from Newcastle. “I like to know where I’m going to be for the next few years and settle in a bit more.

“I’ve moved in but I know it’s not my home and might have to move again in six months time.

“You haven’t decorated it and you haven’t unpacked everything. It’s a bit of weird one. At the same time it’s just part of football.”

So when he arrived at the Baggies, Gayle was pleased to discover that several of his team-mates were in the same boat with newborns.

“There’s four of us with boys within two or three months of each other so we’re talking about where they’re at and the different stages,” said Gayle.

“We’re going to need an extra one for a five-a-side team! We’ve got a goalie, which is Sam’s little boy.

“We’ve got a few outfield players, we just need another one.”

Albion have also helped Gayle’s daughter find a nursery, easing the move down from Newcastle.

“The club is fantastic with that sort of thing,” he said. “A couple of the boys have older kids who have gone to schools and settled in within a week of moving here.”

It’s been three months since Gayle joined the Baggies, and both he and his family now feel settled.

The 29-year-old is enjoying his time in the Black Country so much, he’s beginning to consider staying at Albion beyond next summer.

But on top of the upheaval, there was another reason why moving to Albion was not the easiest decision.

Gayle has already proven himself in the Championship with both Peterborough and Newcastle.

He scored 13 goals for Posh in just over half a season and then 23 goals to help Rafa Benitez’s team win promotion two seasons ago.

He’s already added eight goals this season, taking his tally in the second tier to 44 from 74 appearances.

The striker is desperate to prove himself in the top tier, where goals haven’t come so readily, although many of his appearances in the Premier League have been off the bench.

Those behind the scenes at Albion are confident Gayle could be a force in the top flight, and should Darren Moore’s team deliver their aims this season, that will be the club’s message to him.

Gayle is aware of his reputation, but it’s not something he loses sleep over. If anything, it just spurs him on.

“It might not be the fairest thing but everyone’s entitled to their opinion,” he said, when asked if he’d been pigeonholed.

“You’ve got to perform at the level to prove them wrong I suppose.

“You’ve obviously got to wait for the opportunity to do it, but you’ve got to get yourself there in the first place.

“I have the confidence to do it but as I said, you’ve got to prove it.”

There is an underlying gratefulness in everything Gayle says.

He plays football with a smile on his face, regardless of the division, because he’s had to work extremely hard to get to where he is.

Released by Arsenal at the age of 12, he’s climbed the pyramid thanks to a relentless work ethic and a lethal eye for goal.

Starting his career in the Essex Senior League has given him a good grounding.

“Coming up the other way has made me appreciate what I’m doing, the level I’m at and how lucky I am for people to be turning up to watch me play,” he says. “I’m so lucky and appreciate that.

“From a young age I was so competitive because I love winning so much and I think that’s helped to spur me on.”

Now he’s the top scorer in the country’s top scoring professional team, the spearhead of an attack that oozes goals and can cut opposition defences to ribbons.

“You can see how we approach each game,” said Gayle. “We need to be a bit higher up the table, but hopefully we’ll keep scoring goals and we can do that.”

Gayle may be top scorer but strike partner Jay Rodriguez is just one goal behind on eight and he confirmed it was a talking point between the pair.

“We don’t mention it too much in terms of the actual statistic, more about passing to each other!” he smiles.

Against Leeds, Gayle pounced on Rodriguez’s blocked shot with an inventive backheel.

“That was just a bit of karma really,” joked Gayle. “If you’re going to be greedy things won’t get your way!

“It’s fantastic playing with Jay and we’ve obviously got some great strikers here. I’m sure we’ll continue to score goals as a collective.”

On the pitch, things are going well, and now off it, he’s getting more and more used to the local area.

Although he’s not one for nightclubs at this particular stage of his life.