Walsall have completed the signing of Birmingham defender Dan Scarr on a two-and-a-half year deal.

The 24-year-old, who made 60 appearances for Stourbridge earlier in his career, joins the Saddlers for an undisclosed fee.

Starting out in non-league with Worcester, Scarr was still working as a personal trainer when he found the net on a memorable day for Stourbridge against Wycombe in the FA Cup just three years ago.

Impressive performances saw him offered a trial at West Brom before being snapped up by boyhood club Birmingham City.

Before his Blues career had even started, a torn hip flexor saw him sidelined for the rest of the season and he was then loaned out to League Two Wycombe the following year.

A successful season ending with promotion for the Chairboys saw him return to Birmingham.

Speaking to the club's website, Scarr said: “I’m happy to get it done and over the line and I can’t wait to start playing now."

“I’m the sort of defender who will go and attack everything and be dominant in the air. I will try to organise the backline and throw my body at everything because it means something.

“I like to call myself a no-nonsense defender because defending comes first. I like to try and play when I can to try and set the team on counter-attacks.

“Hopefully, I can add a winning mentality and help the side pick up a few good results, keep some clean sheets and work our way back up the table.”

Walsall manager Dean Keates, who promised that signings would be arriving, admitted that he eyed a move for Scarr in the summer but was told that the player was not available.

“Dan will be a great addition to the squad," he said.

“He’s come from non-league football and earned the right to get a move to the Blues. He had a good loan period last season at Wycombe and wants to progress his career, get out and get playing.

“He’s at the point now where he wants to play week in, week out and establish himself in the first team. He’s desperate to get playing.”

Subject to necessary clearance, Scarr will be eligible for tomorrow's League One clash with Plymouth. 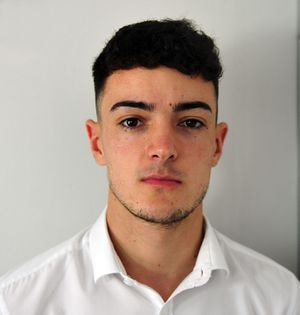 'I'd be lost without this bus': Elderly residents fear for 'lifeline' bus service facing axe

Blackford: I believe I would have won if I’d put myself forward in SNP race

Now is the time for genuine negotiations, unions tell Government