Striker Justin Shaibu says he is enjoying being on a steep learning curve at Walsall. 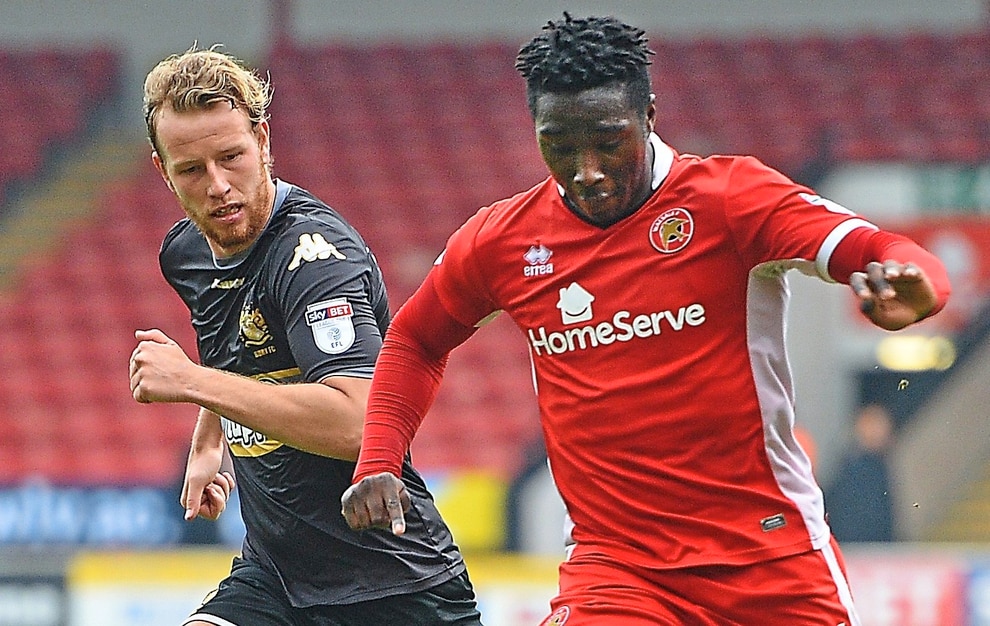 The 20-year-old, who is a Danish youth international, joined the Saddlers on loan from Brentford in January.

Shaibu has largely featured from the bench since moving to the Banks’s Stadium.

But he was given a chance to show what he can do from the start in Walsall’s 1-0 win over Bury on Saturday.

And after putting in an impressive display, the striker is now hoping he can play a key role as Walsall continue their battle to stay in League One.

“I love it here – I’m learning every day,” Shaibu said.

“I’m doing what I can to get as many minutes as possible under my belt.

“I am here to learn. I like Dean (Keates) very much. He is a good manager and I’m enjoying working with him.

“He has been a player recently so he’s good to learn from but I’m learning from everyone here.

“I needed to come out here and play and learn how to use my body and things like that.

“I also spoke to Dean Smith (Brentford boss) before the Bury game and he told me to enjoy it which I did.

“Unfortunately I didn’t score but that will come.”

Walsall’s win against Bury saw them end a run that had seen them lose their last four games.

Now they travel to face Oldham in another relegation six-pointer tomorrow.

And Shaibu says the victory over the Shakers has given the players an extra spring in their step.

“We are excited for Oldham,” the forward continued.

“It was so important for us to get the win against Bury.

“The boys dug in deep, we got the goal at the end and were all very happy.

“It really didn’t matter how the goal came about. It was all about getting three points.

“It was a massive win for us and now we are all really looking forward to Oldham.

“Our confidence has been boosted and I know we are going to put in a good performance.”

Shaibu played up front alongside Amadou Bakayoko in the win against Ryan Lowe’s side.

And while he isn’t used to playing in a front two, he believes the partnership has potential.

“Normally I play up front on my own,” he added.

“But I liked being in a two with Ama and I think we did very well. Hopefully we can keep playing like that.

“We were more direct and it allowed me to show for the ball more. I think I did all right.”