Talented Walsall youngster Tobias Hayles-Docherty has been hailed as a special talent by boss Jon Whitney. 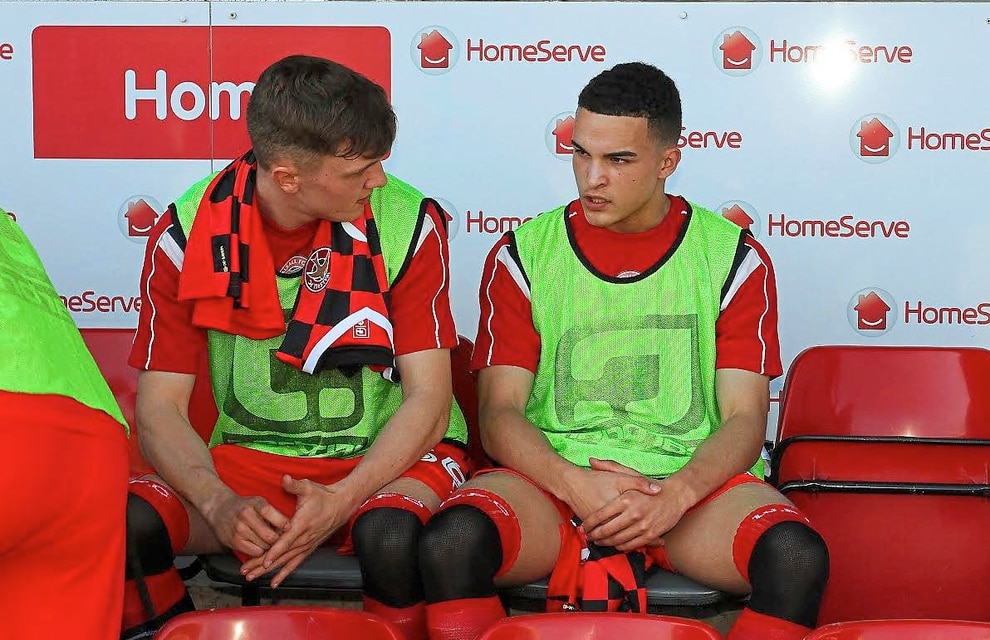 The pacy winger, who is a second year scholar, has been on the bench for the Saddlers last two games alongside fellow teenager Mitch Candlin.

Striker Candlin put in an impressive cameo as he made his first team debut at Bradford earlier this month.

And Whitney hinted Hayles-Docherty is also likely to make his first-team bow this season – with just five games of the League One campaign remaining.

“Tobias has got something special,” the boss said.

“I know when I see a good player. And, for me, Tobias needs to be around the team.

“He’s somebody who if he came on, I wouldn’t want to mark the kid because he just comes up with stuff.

“So we have to make him part of it now, and start to blood him now so when it comes to next year – and maybe this year – when he gets his chance, the nerves are less, he’s less anxious, he’s nice and calm and he can play how he can play.

“This is why we do what we do and I have to be that manager because this is the club that we are.”

Whitney says he has seen a big difference in the youngster since he began joining the first-team for training.

“He’s now looking a lot more settled and he’s starting to have a bit of banter with the lads,” the boss continued. “He’s coming out of himself which is great.”

Whitney was also full of praise for the way Candlin has handled stepping up from the development squad.

“Mitch is like a duck to water,” he said.

“He just plays and demands it.

“Mitch is just not fussed by it one bit, it doesn’t bother him.

“He’s very vocal, doesn’t go within, steps forward and that’s why he’s in my team, forget the age.”

Whitney said Candlin’s performances have given him a selection headache with Ama Bakayoko returning to full fitness.

Bakayoko picked up a slight thigh injury ahead of the trip to Bradford but is now back in full training and hoping to earn a recall for Friday’s trip to Shrewsbury.

“But I needed to give him another week for Shrewsbury.

“Now it’s between him and Mitch, and Mitch did really well last week.

“So this is what I’ve got, a competitive bench, not just a starting 10.

“And I want all my players, regardless of age, regardless of whether you’re a scholar or a pro, you fight for a position in my squad and I’ll judge that through the week and pick my team from it.”

Another attacking player who has done well over the past few weeks is Franck Moussa.

“Against Oxford I felt Franck kept it really well and he was a link on transition,” Whitney added.

“That’s why I’ve kept him in really and he’s showed a really good attitude in training as well.

“He’s been working on his fitness and that’s a reward for how he’s been on the training ground.”