Walsall remain unbeaten in League One after a 90th minute Andy Cook goal saw them secure a 1-1 draw at Barnsley. 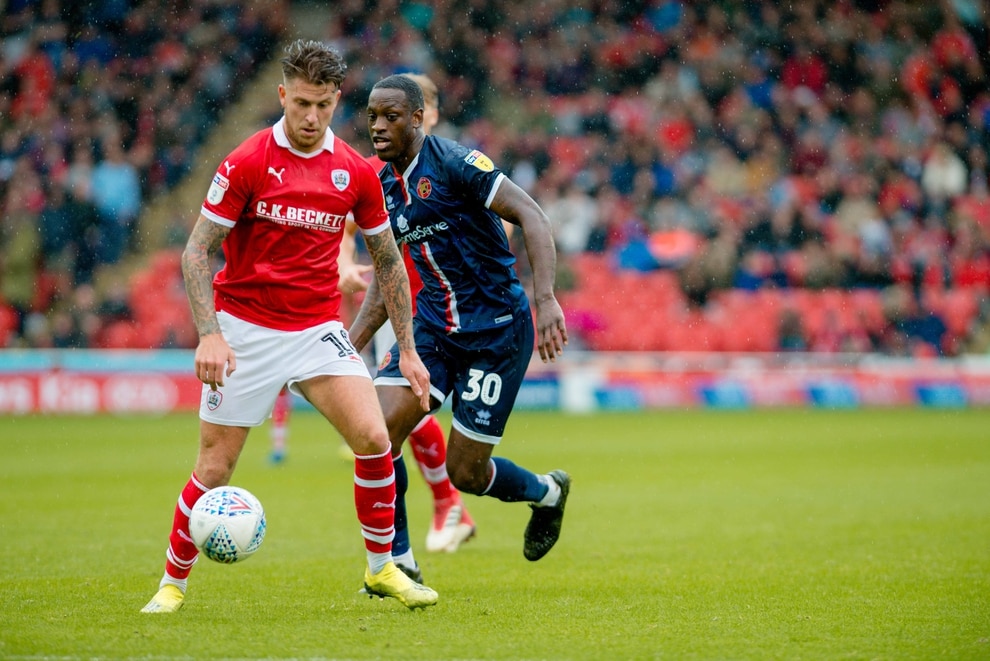 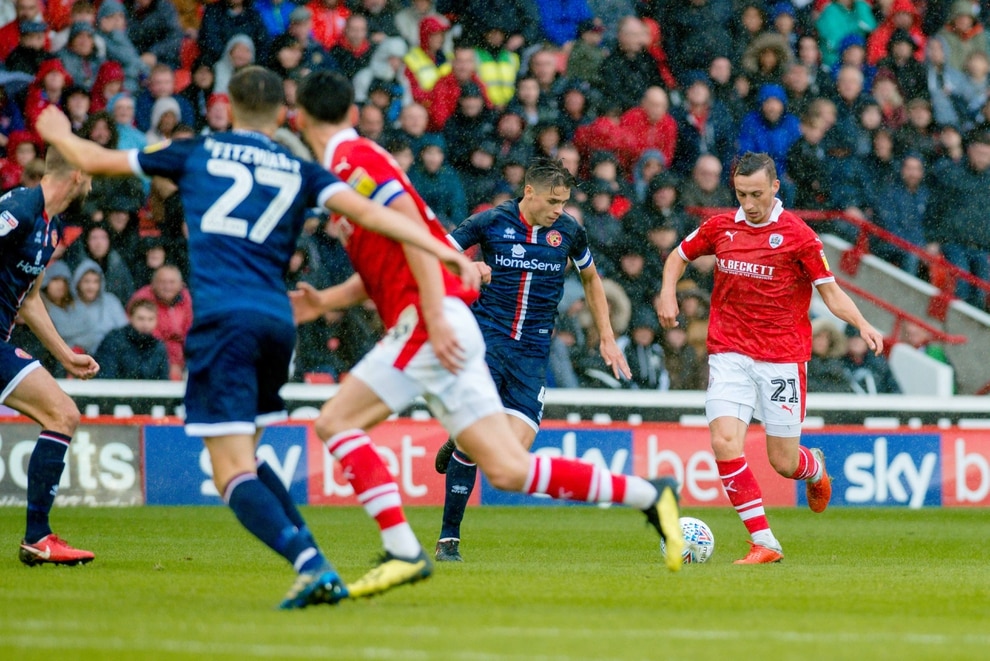 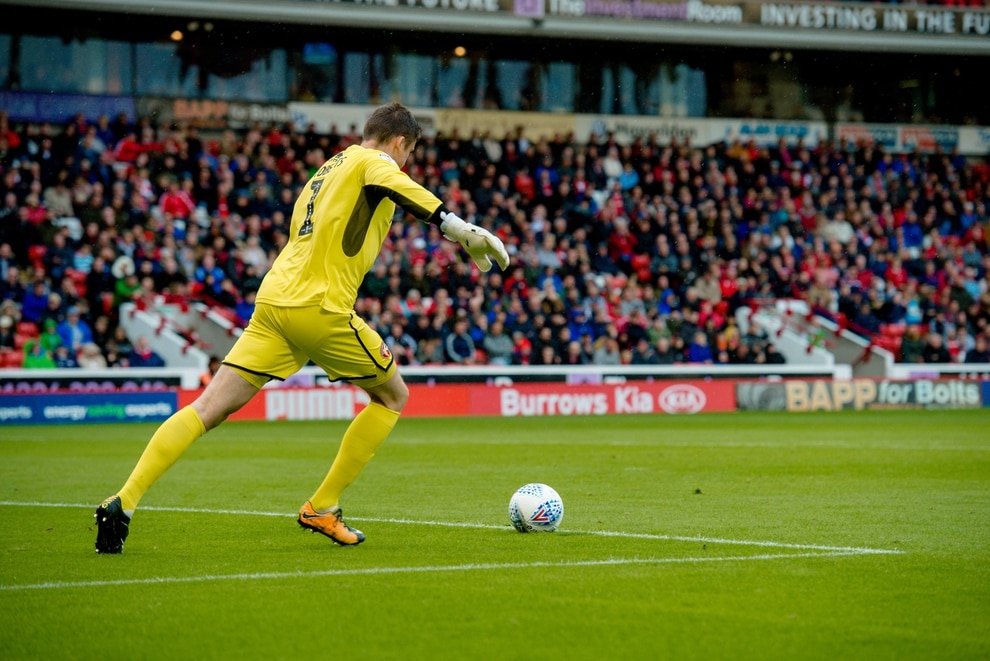 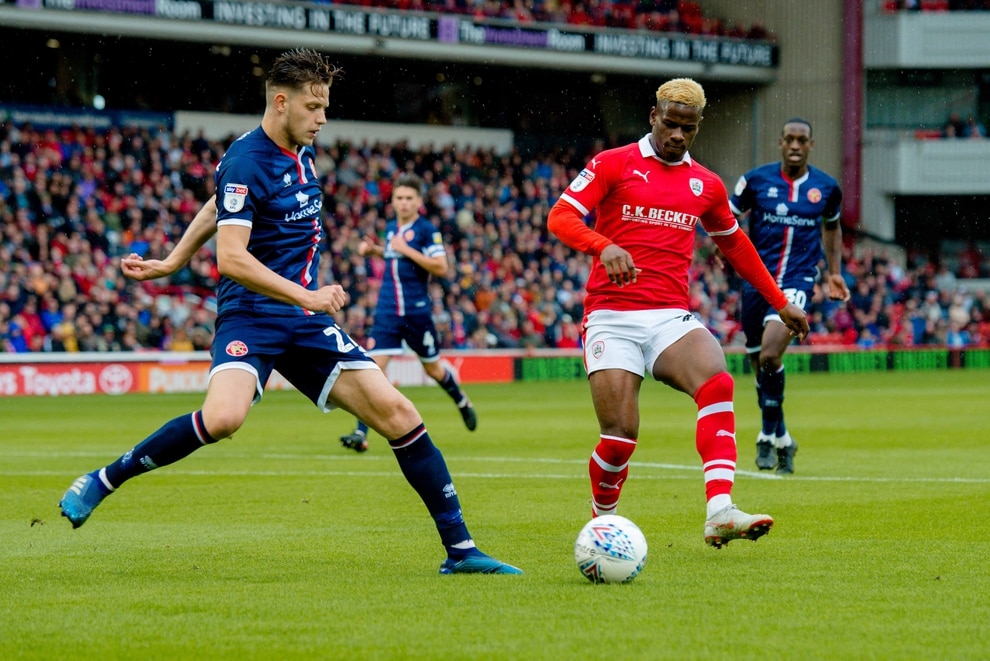 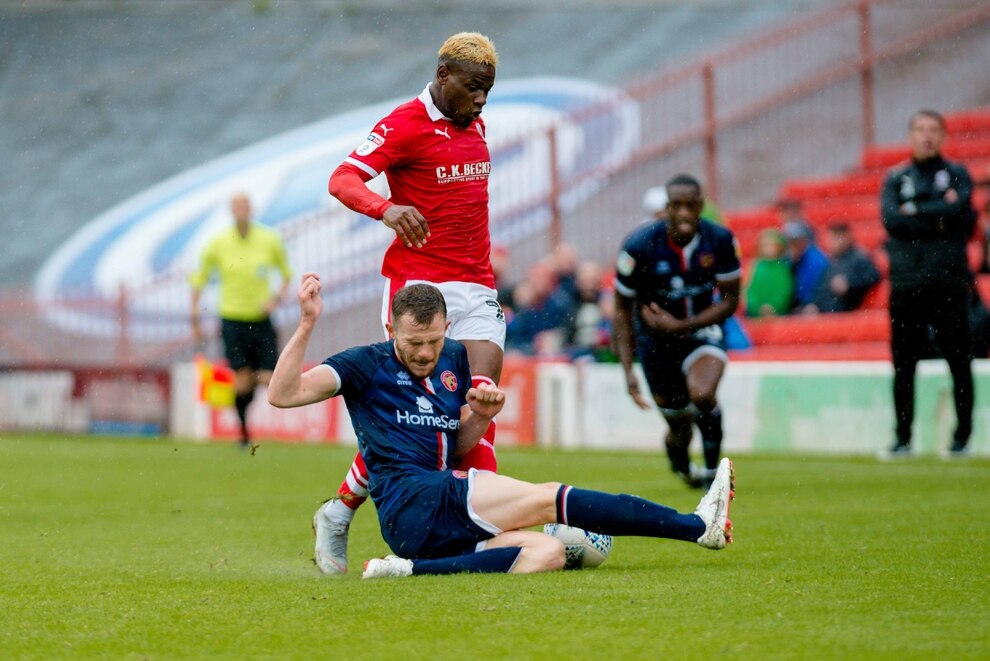 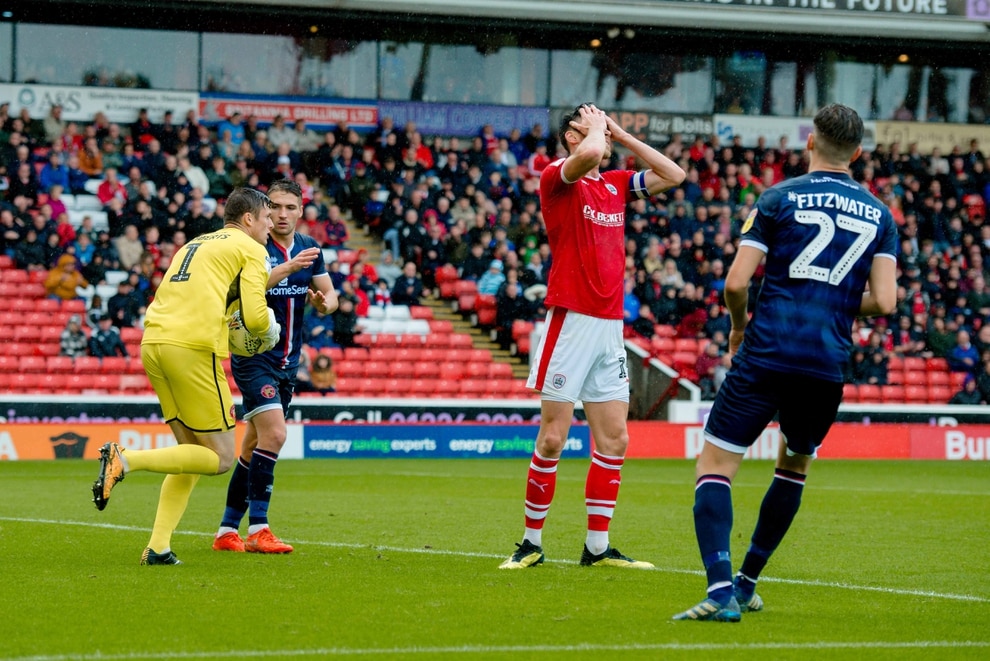 The Tykes, who are odds on with bookmakers to win promotion, grabbed a second half lead when Jack Fitzwater scored an unfortunate on goal.

Before that, the Saddlers had stuck to their game plan impeccably with Josh Gordon just inches away from putting them ahead shortly after the interval.

Barnsley will feel they should have gone on to put the game to bed with Liam Roberts making two outstanding saves.

But overall, the Saddlers were thoroughly deserving of a point and they got one when Cook found the bottom corner late on.

Dean Keates sprung a surprise when naming his starting line-up, with the boss opting to ditch the 4-4-2 system that had previously served the Saddlers so well.

Instead the 40-year-old opted for a 4-1-4-1 formation with Isaiah Osbourne the holding midfielder, Josh Gordon and Josh Ginnelly wide and Morgan Ferrier the lone striker.

Connor Ronan was also included from the start with Andy Cook and Kieron Morris missing out while Zeli Ismail was not in the match day squad.

Barnsley were without goalkeeper Adam Davies and holding midfielder Kenny Dougall after they were called up for international duty by Wales and Australia respectively.

Jack Walton deputised between the posts in a 4-4-2 system that saw Mamadou Thiam partner Kieffer Moore in attack.

In what proved an intriguing opening 20 minutes, Barnsley showed their intent to press high up the pitch from the off.

But while they started the brighter of the teams, two Thiam efforts - that flew well over the bar - were their only efforts on goal.

Gradually though, Walsall began to find their rhythm with Ronan and Gordon working hard in a bid to make something happen.

And they came a whisker away from taking the lead when Gordon won possession before sending Nicky Devlin away down the right.

The full-back tricked his way past his man before whipping in a wonderful ball which Ferrier headed towards goal only to see Walton acrobatically tip the effort over.

From that point on, the game became a real tactical battle with Barnsley seeing a lot of the ball but struggling to break through Walsall’s organised and disciplined defence.

They created their best chance of the half in the 40th minute when Moncur tricked his way past Jon Guthrie and into the box before firing into the arms of Liam Roberts.

The Saddlers then almost grabbed the lead just before the interval when Ferrier sent in a dangerous ball which Ginnelly teed up for Dobson.

But from 10-yards, the midfielder saw a shot well blocked by Liam Lindsay.

That ensured the two teams made their off at the break goalless, with Barnsley’s players and fans having grown frustrated with how well Walsall were sticking to their shape.

And that defensive discipline meant it was the Saddlers who created the best chances of the half with Ferrier and Dobson going close.

Barnsley made a change at the break with Victor Adeboyeko replacing Cameron McGeehan.

But just seconds after the restart, Walsall should have took the lead when a corner headed back into the danger area.

The ball broke for Gordon who was stood in front of the keeper just a few yards out - but the forward flicked an effort over the bar when all he had to do was hit the target.

Walsall had stuck to their game plan brilliantly but they fell behind in the 55th minute after the hosts were given a huge slice of good fortune.

Following a corner, Alex Mowatt sent in a cross which Adeboyejo met only for his effort to be brilliantly stopped by the leg of Roberts.

But the ball then bounced against the heel of Jack Fitzwater before bouncing against the inside of the post and in.

Lifted by the goal, Daniel Stendel’s side then created two glorious chances to extend their lead.

First, Fitzwater completely missed a cross from Moore with the ball then falling for Thiam. But from 10-yards the striker then fired over when he had enough time to take touch.

Then moments later a cross from the right looked set to be headed in by Moore but the striker failed to connect with the ball cleanly.

Walsall responded with their own spell of pressure - with Keates’ side forcing a number of corners.

But it was from one of those corners that Barnsley should have doubled their lead with the Tykes breaking four on one.

Devlin did outstandingly well to race back and give the Tykes something to think about.

But the ball was then worked to Adeboyejo who saw a shot brilliantly saved by Roberts.

In need of a goal, Keates switched Andy Cook and Kieron Morris for Ginnelly and Gordon with around 10 minutes to play.

They should have got one, when in the 88th minute a corner was cleared to Morris who drilled in a shot from the edge of the box.

As everyone ran out, the ball was collected by Fitzwater who turned brilliantly to have the entire goal at his mercy.

But just yards out he powered a strike wide when he absolutely had to score.

Incredibly though, just 60 seconds later, Cook spared him team mates blushes when he collected the ball in the box.

The striker skipped past his marker before then unleashing a low drive that flew past Walton and into the net.

Barnsley tried to grab a winner in four minutes of stoppage time and they almost got one when a corner was flicked towards goal only for Roberts to make a brilliant one-handed stop.

And from that point the Saddlers held on to claim what - overall - was a deserved point.