The phone line might be crackly and he is feeling the effects of a heavy cold, yet Frank Bruno sounds totally at ease. 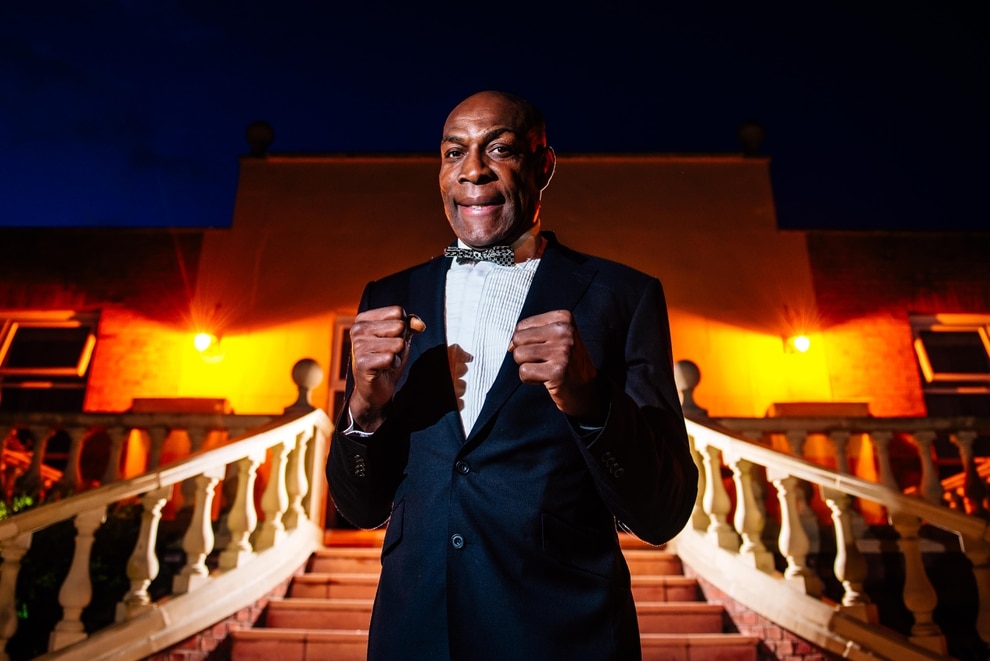 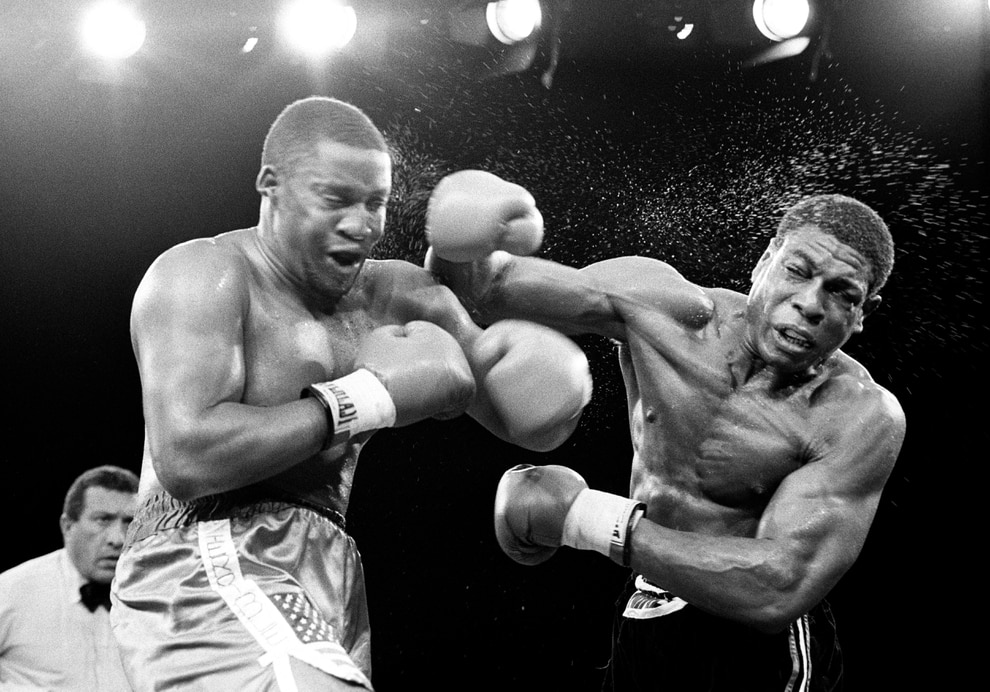 That in itself is enough to bring cheer to the former world heavyweight champion’s many fans, who followed his often exhausting but ultimately successful climb to boxing’s summit, and then winced at his struggle outside the ring following retirement.

Now aged 56, Bruno is ready to tell the world the story behind his much-publicised battle with bipolar disorder, an illness which saw him sectioned under the Mental Health Act on three separate occasions between 2003 and 2012.

There is a book, Let Me Be Frank, along with a forthcoming tour. There is also, perhaps most significantly, a charity – The Frank Bruno Foundation – set up earlier this year and aimed at tackling mental health issues through structured non-contact boxing and well-being sessions.

This is Bruno’s way of giving something back. His story outside the ring is far from an easy one but, above all else, it is one worth hearing.

“There is always someone out there who might need a bit of help,” he says. “At times, when I was at my lowest, I felt there was no-one I could talk to.

“That is what I am hoping to achieve with the Foundation. The boxing aspect is important. I have certainly found that a healthy body can help a healthy mind.

“The most important aspect is that people feel they have a chance to talk. I just started going to the gym and talking to people, telling them what I went through.

“You are never on your own.”

Bruno was never one to shirk a challenge in the ring and it was this bravery which established as one of the country’s favourite sporting heroes.

On no fewer than three occasions between 1986 and 1993 he challenged for the world heavyweight crown, only to suffer defeat to Tim Witherspoon, Mike Tyson and Lennox Lewis.

His triumph over Oliver McCall in September 1995 remains, therefore, one of the most celebrated title wins by a British fighter.

Bruno’s reign in the ring would last barely six minutes in terms of fight time. His first defence, in March 1996 against Tyson, would be the final fight of a 45-bout professional career, the American overpowering Bruno early in the third round and leaving his opponent with a detached retina in his right eye.

A lucrative career as a TV personality followed, Bruno’s friendly on-screen style and infectious laugh making him a popular guest on chat shows. There was a time, during the late 90s, when barely a week seemed to go by without him making an appearance.

Yet away from the spotlight, all was not well.

Bruno was diagnosed as bipolar in 1998, before his marriage to wife Laura ended in 2001.

A year later, his trainer and mentor George Francis committed suicide. Bruno’s situation was not helped by a close associate stealing £300,000 from his account while his illness worsened.

Struggling with his mental health, Bruno was sectioned in 2003.

In the book, he describes his bipolar as an illness which ‘emerges from the shadows’.

His condition improved but in 2012, exhausted and run down, he was back in hospital.

Twice in the space of a few weeks he was admitted, his family signing the papers on both occasions.

Those experiences are recounted in vivid detail in the book. It is, unsurprisingly, an often uncomfortable read.

Bruno, confined to a small room with plastic bed sheets and given a strong cocktail of drugs, recalls his ‘anger and confusion’ and the feeling he was being treated ‘like an animal in a zoo’. “Most nights I’d be tortured by the same hellish dream,” he says in the book. “I’d be climbing to the top of a building, then watch myself fall through the air, hurtling towards the ground.

“I’d wake up just before I hit the pavement, then realise I was sitting bolt upright in my bed, shaking and dripping with sweat.

“Relief always swept over me when I realised it was my mind playing tricks. But then I’d remember where I was. Trapped.

“I feared I would not get through. I was breathing, I was moving, I was existing.

Bruno remains heavily critical of the medication he was given in hospital, which he claims turned him into a ‘zombie’.

The cruelty of his condition is that it will never be completely beaten, though it can be controlled and in 2015, again feeling the strain, Bruno sought help himself.

The willingness to talk about his problems is one of the core messages he hopes to deliver through the book and charity.

Men, he believes, are particularly prone to running away from problems.

“We don’t like to talk about things happening to us, how we are feeling,” he said. “I do these talks and afterward get a lot of men from walks of life come and speak to me.

“Policemen, army men. I’ve done talks in places around the country and these people have come up and thanked me. They have been going through the same as I was going through and finally have the chance to talk about it.”

Bruno hopes that, by talking, the stigma often associated with mental health can be completely erased.

“It is better than it was,” he says. “Ten years ago if you told someone one your mum and dad was suffering from mental health issues, they would probably go out of their way to avoid you.

“At the very least you would have people talking behind your back. They didn’t want to hear about it.

“The more you talk about it, the better it feels. The only way we are going to make progress is of more people start sharing things.”

Right now, Bruno sounds like a man with a renewed sense of purpose. A man who no longer tries to fight back against his own human fallibility but who seeks to learn from it.

“I have to learn how to deal with it. My outlook on life at the moment is strong,” he said.

“The one thing you always have to remember is there is always someone worse off than yourself. After that, I am only a human being, with faults, no different to anyone else.”

Let Me Be Frank is available in all good bookshops. For more information on the Frank Bruno Foundation, visit thefrankbrunofoundation.co.uk

For a signed copy of the book go to http://www.frankbruno.co.uk.

The Let me be Frank theatre show will be at Birmingham Town Hall on February 20. For tickets visit thsh.co.uk