The survivors of the team that helped to break German ciphers are now well into their 90s.

More than 80 veterans who played a vital but secret role in the efforts to end the Second World War gathered to mark the 80th anniversary of the start of the conflict.

Scores of former staff were reunited at Bletchley Park on Sunday where they had helped crack German codes to unravel Nazi intelligence.

The sprawling site in Buckinghamshire, where the German Enigma cipher was broken, welcomed the former workers, who are now well into their 90s.

Betty Webb, who joined the Auxiliary Territorial Service in 1941 – which was the women’s branch of the British Army at the time – said it was “immensely important” for her to attend the reunion.

The 96-year-old worked in the estate’s mansion and was involved in registering the signals – made up of figures and letters – which had come in.

Asked if she has a favourite memory of her four years at Bletchley, Ms Webb said: “No, it is all favourite. For me it was all great, because it was a mix of people that I wouldn’t have found unless I’d gone to university. It was an education for me.”

With September 1 marking the day Nazi Germany invaded Poland, a move which triggered Britain to declare war two days later, Ms Webb said she never had any idea she would play such a pivotal role in the conflict.

“People often ask me why I joined up, and of course the answer to that is that the whole country was involved and I felt the need to do something to help the war effort,” she said.

Some 10,000 staff – three-quarters of them women, including aristocrats and secretaries – worked at the stately mansion at the height of the war, while thousands more were posted overseas.

Bletchley was chosen as the main intelligence site as cities were more likely to be bombed. It housed some of the world’s most gifted minds during the war, such as computer scientist Alan Turing.

Staff who worked in intelligence had to sign the Official Secrets Act and could not talk about their work for decades.

The intelligence gathered at Bletchley Park is credited with providing strategic information that was passing between the top-level commanders and is believed to have shortened the war by two years and helped to save millions of lives.

Arthur Maddocks, 97, from Oxford, was 22 when he worked as a wheel setter inside the mansion as part of a section known as the Testery. He was based at Bletchley from August 1944 to May 1945.

“The Germans had a particular cipher machine called Lorenz which was basically a teletype machine – it had 12 wheels – Colossus (a set of early computers) was used to eliminate the first five and then the remaining seven were tackled by Major Testers section,” he said.

“I was the very last bit of that tackling, and after I had done my job the stuff went next door where it was put on to a so-called Tunny machine… and out came the beautiful German text.”

Mr Maddocks said as part of his introduction to the cipher he was working on, he was taken into a room where the clear German text was running off some machines.

Lengthy messages of at least 4,000 characters, they were usually signed by senior well-known figures, including Adolf Hitler, he said, adding: “So you knew it was of the highest importance.”

He said it was “part of the life at Bletchley” to keep their work secret from friends, family and loved ones, and described the social life – which they could enjoy after their 48-hour working week – as “absolutely delightful”.

The Bletchley veterans, who were accompanied to the reunion by their families, gathered outside the mansion for a group photograph after a flypast of a Lancaster bomber.

Chief executive of the Bletchley Park Trust Charity Iain Standen said: “As a dwindling population it’s great to have so many of them (veterans) here. It’s very important, they connect this place to what it was all about in the Second World War.” 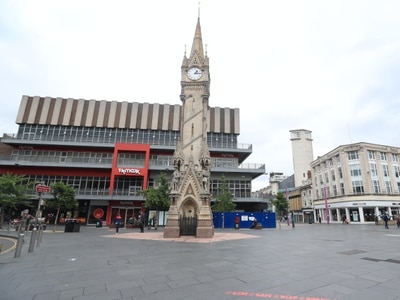 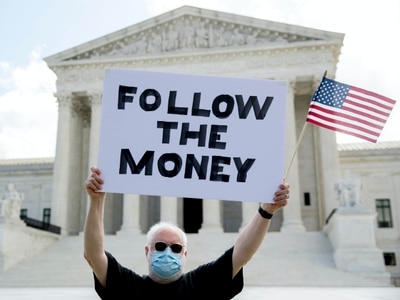