Work to bulldoze Wolverhampton's old train station after decades in the city has begun. 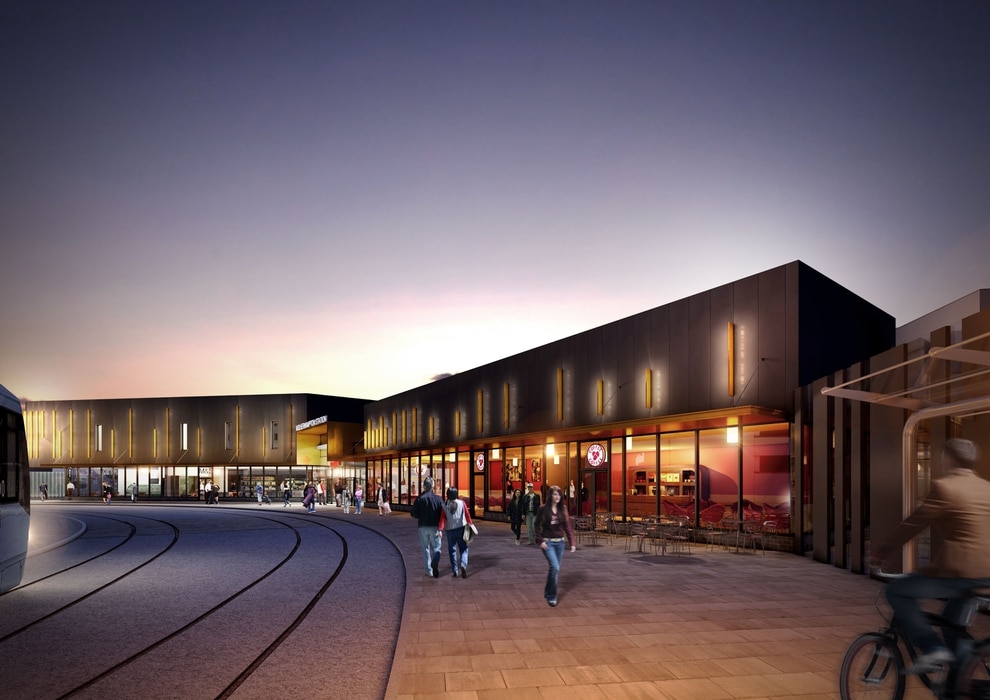 How the completed station will look Council and development chiefs outside the station

The demolition marks the latest phase of the ambitious £150m transport regeneration which has already seen part of the new-and-improved station opened to the public.

And it is the end of the era for the outdated station building which, while familiar to commuters, day-trippers, holidaymakers and football fans, is a relic well past its sell-by date.

Once the old station has gone, work will start on the next phase of the impressive replacement. It is due to be complete early next year when it will then be connected to the extended Metro line along Pipers Row and Railway Drive.

Completion of phase two will deliver three more retail units, as well as a customer waiting room and help point.

The city council's economy boss Councillor Stephen Simkins said: “This is a major milestone moment in Wolverhampton’s history and is symbolic of the multi-million-pound regeneration that is taking place in our city.

“The completed Interchange will connect train, tram and bus in one place and will ultimately provide a gateway to our city that we can all enjoy using - and be proud of.

“The railway station development is a big part of how we are re-imagining and re-inventing our city centre to help bring in further investment, which is critical now more than ever to our local economy and the creation of jobs, as we look to recover from the impact of Covid-19.”

Andy Street, the Mayor of the West Midlands, said: “The new Wolverhampton railway station is a critical part of our public transport plans for the West Midlands, and it is brilliant that just weeks after opening the first phase of the new station we are now able to press ahead and get on with the demolition of the old building.

“It is very exciting to think about how the new station will soon link up with the West Midlands Metro extension along Pipers Row and the existing bus station, allowing those in Wolverhampton to travel seamlessly across the region.

“But as well as being great news for passengers, the new Wolverhampton Railway Station is also good news for our economic recovery from the coronavirus pandemic. Pressing ahead with infrastructure projects such as this one gives demand to our construction sector and helps both secure and create local jobs for local people.”