Furious MPs have today called on West Midlands Fire Service to apologise after it banned the Black Country flag from being flown at fire stations.

Fire chiefs ordered all stations across the region not to fly the famous flag on Black Country Day, saying "there may be a link to the chains on the flag and slavery".

The move has prompted outrage from rank and file firefighters, who accused bosses of "jumping on some politically correct bandwagon".

MPs from across the region, who gathered to pose with the flag ahead of Black Country Day, have demanded an apology from West Midlands Fire Service and called for the flag to be displayed outside stations "with pride".

Wolverhampton South West MP Stuart Anderson, said: "I am absolutely disgusted. This week we had the Prime Minister wishing everyone a 'happy Black Country Day', we should be able to fly the flag whenever we want.

"It is certainly not something we should hide from. The fire service is making this too political. I would like to see an apology from whoever made this ridiculous decision and for all fire stations in Wolverhampton to be flying the Black Country flag with pride within a week."

Dudley South MP Mike Wood, said: "This is a huge own goal by the fire service. Gracie Sheppard's Black Country flag has provided a real focal point for community spirit across the Black Country and I would have thought that would be something that the fire service would want to be promoting rather than blocking."

Dudley North MP Marco Longhi said he was "disappointed and angry" to hear that fire service bosses were "attacking a piece of art that reflects our proud industrial heritage".

He added: "The Black Country flag is known all over the world, it is a great shame these bosses seem to have no understanding of what it represents and what it means to the people of the Black Country.

"I suggest that the fire brigade bosses reflect on their decision and instruct local fire stations to fly the flag with pride.

"I also believe an apology is due to Gracie Sheppard who designed the flag when she was a schoolgirl. This is political correctness gone mad and will no doubt anger the vast majority of Black Country folk.

"I am more than happy to meet with the out-of-touch bosses, who have tried to politicise the Black Country flag, to aid their understanding of our proud history and traditions. I will continue to fly my Black Country Flag in Westminster."

One Black Country firefighter told the E&S: "A lot of anger has been caused for the sake of jumping on some politically correct bandwagon."

The flag was designed by Gracie Sheppard, from Stourbridge, when she was aged 12. It features a glass cone flanked by black and red panels inspired by Elihu Burritt’s famous description of the area “black by day and red by night”.

The chain across its centre represents the chain industry in the region, as well as the linking up of the different communities.

The Black Country is the birthplace of the industrial revolution #ProudHistoryBrightFuture#BlackCountryDay #Bostin pic.twitter.com/UGy2q58WVU

Other emergency services across the region have this week flown the flag.

West Midlands Police and Crime Commissioner David Jamieson marked Black Country Day by tweeting an image of the flag along with “#BlackCountryDay #Bostin”.

Meanwhile St John Ambulance volunteers in Dudley posted pictures of themselves “flying the flag with pride”.

Black Country Festival co-founder, Steve Edwards, said: "This is not a case of pitting the plight of our Black Country ancestors against the horrendous treatment of the people who were enslaved.

"It is saying that in many cases working class Black Country people and black slaves were victims of the very same people who profited from their labour.

"There is no intention to offend anyone with the Black Country flag. If I am honest most people I speak to are not offended."

The flag was the centre of a row in 2017 when Mr Anderson's predecessor Eleanor Smith said it had "racist connotations" due to its black and white imagery and chains.

Previously, Wolverhampton-born activist Patrick Vernon said the flag was "offensive and insensitive" and called for it to be replaced with a more "multi-cultural" image.

West Bromwich West MP Shaun Bailey, said: "It's an absolute joke. The fact is that chain-making is part of the Black Country's heritage, but it is also important to remember that the chains in the flag represent the links between our diverse communities.

"I am proud of the flag. Anyone who says that it should not be flown has completely misunderstood what it is about and what it represents."

Ian Austin, who displayed the flag in Parliament when he was the MP for Dudley North, said: "Of course we should discuss our country's history and its role in the slave trade, but rank and file fire fighters and local people will think this is ridiculous.

"The Black Country lit the spark that fired the industrial revolution and changed the whole world. That it what the flag celebrates. It was not designed and it is not flown with any racist intent whatsoever.

"In fact, it is celebrated by people from all of the Black Country's diverse communities and it brings us all together in celebrating the history and heritage of the greatest place in the country."

Phil Loach, chief fire officer of West Midlands Fire Service, said: “We’re proud of being an inclusive fire and rescue service, with staff from all walks of life who serve many diverse communities across the West Midlands - the bostin’ Black Country included!

“Many of my colleagues hail from the Black Country and, I know, are immensely proud to have been born, raised and to have families here.

“Having been made aware of claims about the flag’s imagery and the potential link to slavery, we asked our staff to celebrate Black Country Day in alternative ways on this occasion, so we could gain a fully rounded view.

“West Midlands Fire Service is absolutely clear on its position of supporting the campaign prompted by Black Lives Matter - which resonates directly and personally with a growing number of our staff - and is continuing to consider the information available about the flag.” 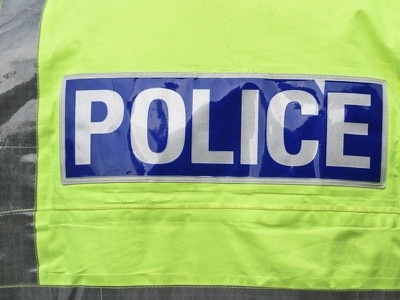 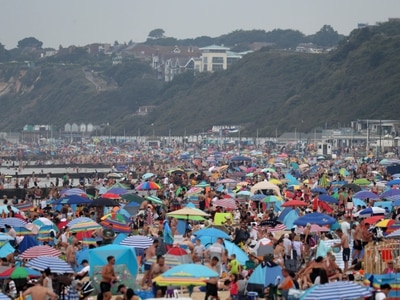 Safari Park animals given ice lollies to keep them cool