Tributes have been paid to Bruce George, the former MP for Walsall South, who has died aged 77 following a long illness.

Mr George was the first Labour MP to represent the Black Country seat, winning it in February 1974, and retaining it in eight subsequent elections before retiring in 2010.

He was known as a conscientious constituency MP and though his international work frequently took him abroad, he always insisted on being back in his beloved adopted town of Walsall by Thursday night.

He died in London on February 24, having battled Alzheimer's disease for the past decade.

He is survived by his loving wife, Lisa, who said: "Bruce rose to the enormous challenge of dealing with his terrible disease on a daily basis with courage, fortitude and stoicism.

"That was the true measure of Bruce."

Mr George's successor in Walsall South, Labour MP Valerie Vaz, said: "It was an honour to follow Bruce as the MP for Walsall South.

"Bruce made an important contribution to the life of Walsall and Parliament over 36 years, especially in his work as Chair of the Defence Select Committee and securing the rebuilding of the Manor Hospital. My thoughts are with Lisa at this very difficult time."

Councillor Sean Coughlan, the former Labour leader of Walsall Council, said improvements to the town centre and Walsall railway station would form part of Mr George's legacy in the borough.

"Bruce was a hard-working MP who always held an open house for the people of Walsall South," he added. "He was an honest individual who fought extremely hard for Walsall. He will be sadly missed."

Walsall councillor Rose Burley, who knew Mr George for 30 years and worked in his constituency office, said: "Bruce was the model MP. He was very community minded. His constituents and his constituency were always first and foremost."

David Winnick, who served as the MP for Walsall North for 38 years until 2017, said: "Bruce was recognised, including by his opponents, if not at all times, as an excellent Walsall Member of Parliament.

"In addition he played a leading role over a number of years as the Chair of the Commons Defence Committee.

"It's known amongst some of the Labour movement locally that Bruce and I, on occasion, didn't agree, but I think both of us accepted we were very different kinds of people.

"As as Member of Parliament for some 36 years Bruce carried out his duties in an exemplary manner and that was undoubtedly a factor in the recognition given to him in Freedom of the Borough."

Walsall Council's Conservative leader Mike Bird described Mr George as "a man of the people, for the people", who was respected by politicians from all parties.

"He was a great friend and in my opinion he was the finest MP that Walsall South has ever had," he added.

"Bruce was a great servant to the public and if you cut him through the middle he would say 'Walsall'. He will be sadly missed."

Mr George, who was born in Wales, was somewhat unusual amongst long-serving MPs in never seeking to join the frontbench.

He felt passionately about the need for a robust select committee system capable of scrutinising and holding the government to account.

Mr George was a member of the original House of Commons Defence Select Committee, formed in 1979, and achieved his main parliamentary ambition when he became its Chairman in 1997, a post he held through two parliaments until 2005.

He was a long-serving delegate to the NATO Parliamentary Assembly, elected Vice-President in 2007, and leader of the British delegation from 2005-2010.

He was dedicated to the cause of human rights and democratisation and was elected President of the Organisation for Security Cooperation in Europe (OSCE) Parliamentary Assembly in 2002 and re-elected in 2003.

He was a frequent election observer and led and participated in missions in some of the most epochal elections in former Soviet countries, including Georgia in 2003 and Ukraine in 2004-05.

In 2011, he was awarded the Medal of Honour by the President of Georgia in recognition of his contribution to democratisation of that country.

The son of a policeman, another of Mr George’s particular interests was policing and private security.

He campaigned tirelessly for the regulation of the private security industry, an ambition finally achieved with the passage of the Private Security Industry Act 2001.

He wrote, co-authored and edited numerous books, chapters and articles. An avid collector of books, after his retirement he gifted his entire collection to Wroxton College, Oxfordshire. He was a visiting lecturer at several universities.

A keen footballer – he was invited to a youth trial for Cardiff City when he was 17, Mr George followed Walsall FC and was a neighbour to former Saddlers president Barrie Blower, who died last year.

He was also a co-founder, captain and goalkeeper of the original Commons football club, the Westminster Wobblers.

He was appointed to the Privy Council in 2000, and was made an Honorary Freeman of the Borough by Walsall Council in 2011 in recognition of his 36 years as an MP.

Mr George's funeral will be held at St Matthew's Church, Walsall. Full details will follow in the coming days.

Who is in Sir Keir Starmer’s shadow cabinet? 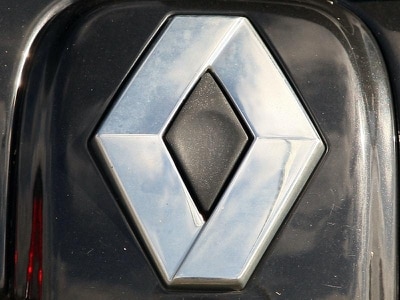