More than 70 firefighters tackled a large factory fire in Wolverhampton in the early hours of New Year's Day. 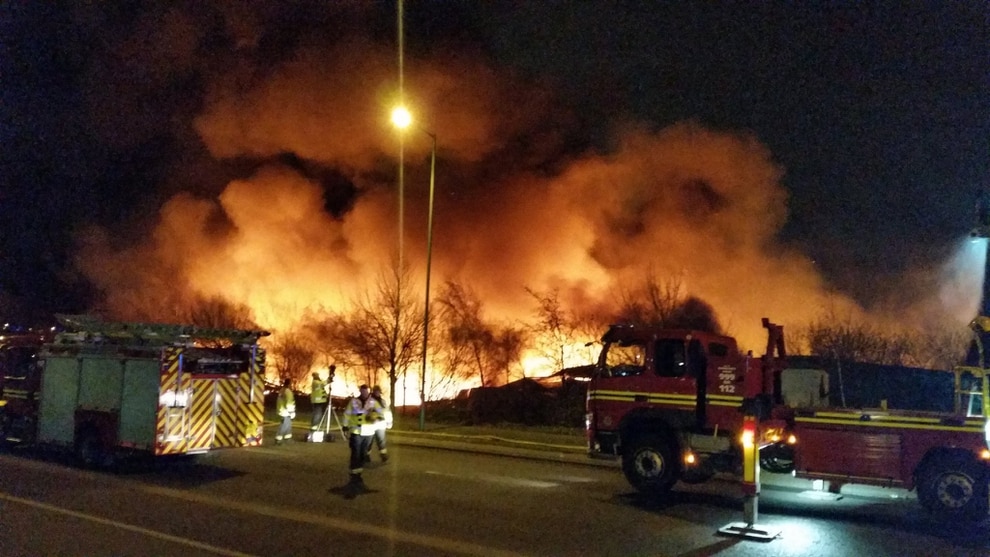 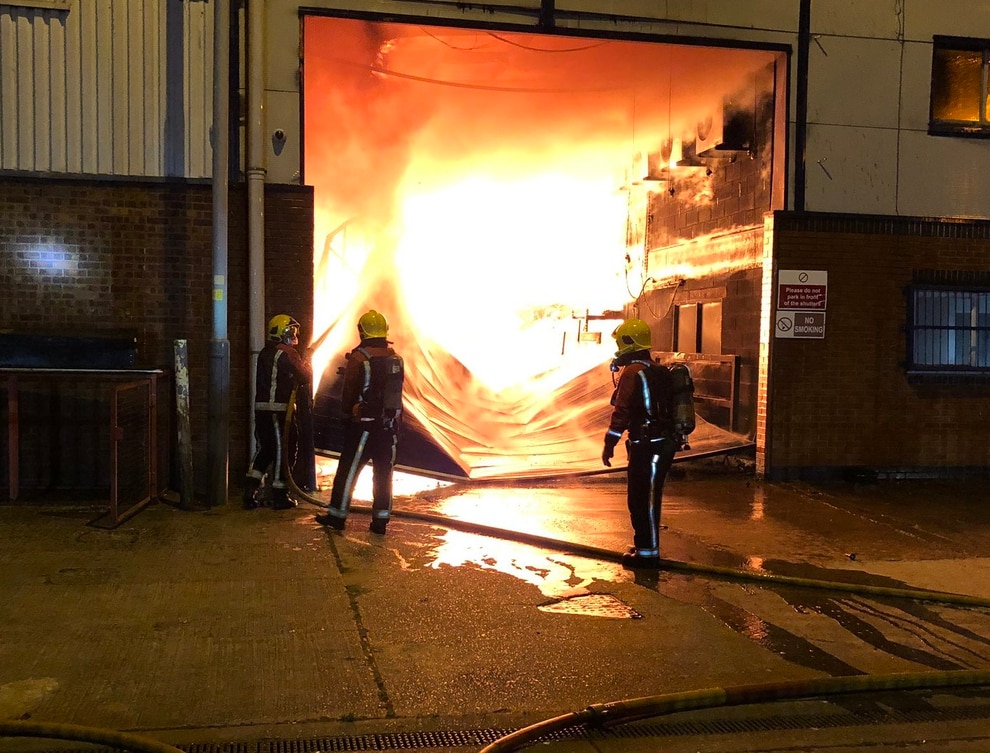 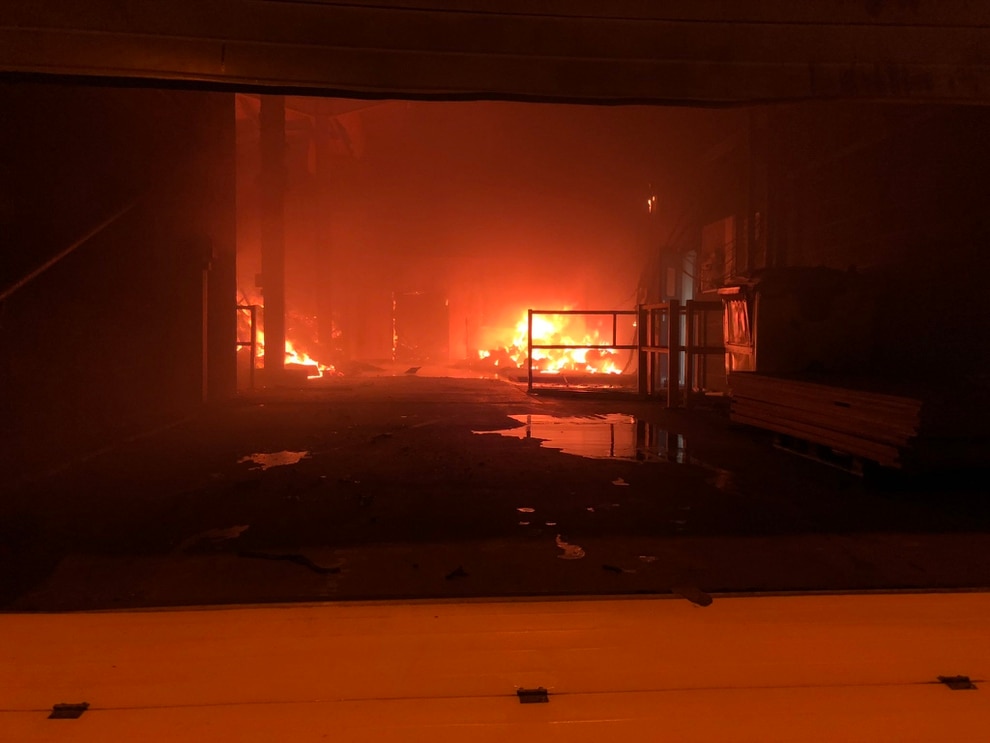 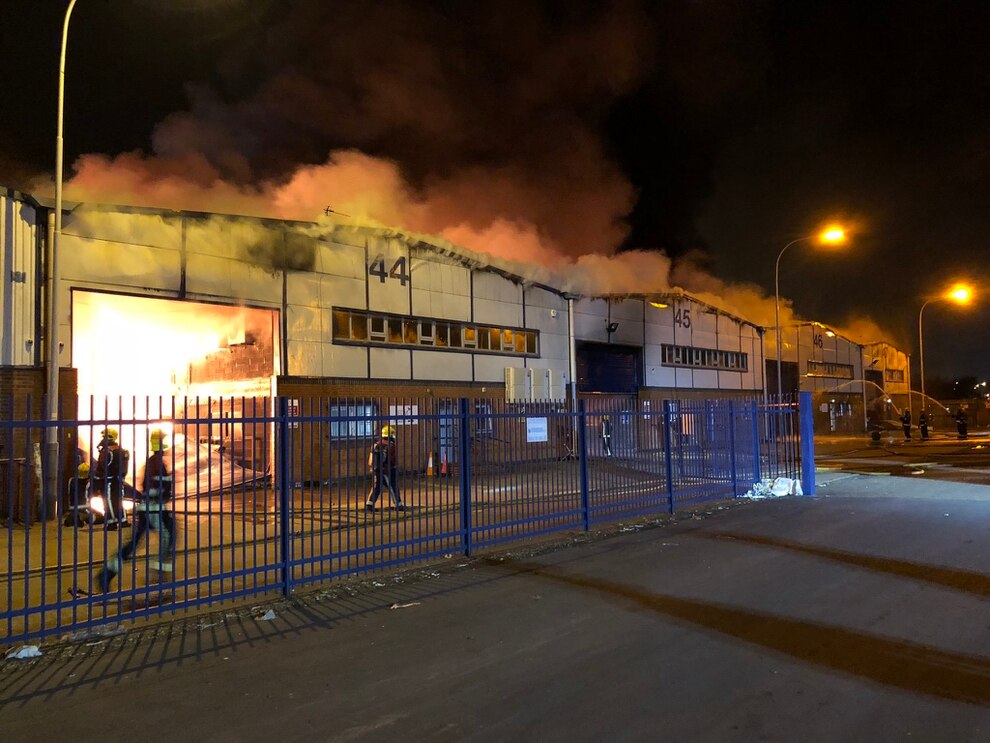 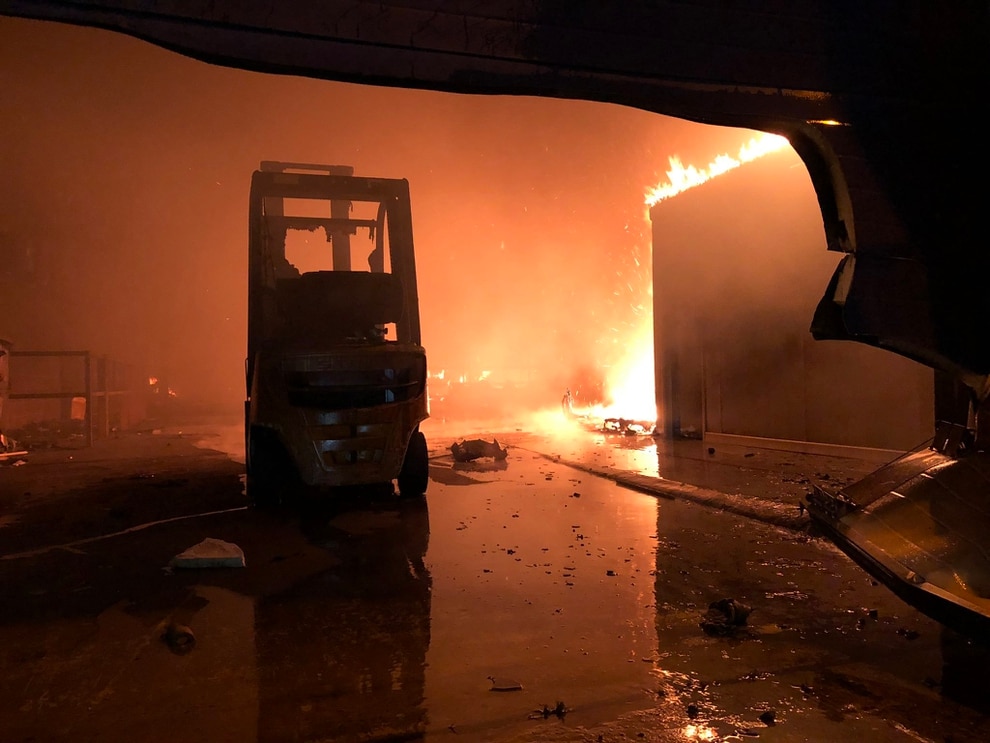 The blaze, at a business premises in Planetary Road, Wednesfield, started in the early hours in a two-storey factory – before spreading to other neighbouring units.

The fire is believed to have started in one of the industrial units at around 2.45am. Crews were still at the scene at 10am, with black smoke still seen to be coming from the units.

Seventy-five firefighters were at the scene at the height of the fire – along with other specialist resources including a hydraulic platform and a high volume pump taking water from the canal.

The fire involved five industrial units – believed to belong to business EDM. Parts of the roof of the units had collapsed during the fire, which could be seen from the A4124 Wednesfield Way, near to Bentley Bridge Retail Park.

West Midlands Fire Service reported good progress in tackling the fire and had managed to prevent the fire from spreading further than the five units affected. They had been advising neighbouring residents to keep windows and doors closed.

Crews were expected to be at the scene for the majority of Tuesday as they worked to damp down the units – as well as stopping the fire spreading to further neighbouring units.

Station commander Ella Warden said the cause of the blaze was not yet known, but the unit had plastics and paper inside.

Speaking at the scene on Tuesday morning, she said: “On arrival, it was discovered that five units were fully involved in the blaze.

“The cause of the fire is not yet known. Inside the units was plastics and paper.

“We are now damping down the site, as well as protecting the other businesses to keep them trading which is our primary focus.

“There are road closures on Wednesfield Road as we have a high volume pump positioned to take water from the canal – which we understand is an inconvenience the nearby retail park and businesses.”

A spokesman from West Midlands Fire Service added: “We received a call to a fire on an industrial estate in Wolverhampton at around 2.45am on January 1.

“We had two vehicles in attendance within five minutes and at the height of the fire we had more than 75 firefighters including specialist equipment using safe and assertive firefighting.

“There has been significant damage to a number of industrial units and it is likely that we will be on scene most of Tuesday.

“We are working closely with on-site management team and specialist agencies to resolve this incident as quickly as possible.”

Environment Agency officials were also at the scene, advising of potential environmental impacts to the local watercourse.

Express & Star reporter Dayna Farrington was at the scene this morning:

More from the scene in Planetary Road, Wednesfield pic.twitter.com/n91GNikMVR

More from the scene in Planetary Road, Wednesfield pic.twitter.com/n91GNikMVR

Station commander Ella Warden said the cause of the blaze is not yet known, but the factory has plastics and paper inside. She add that five units were involved in the fire pic.twitter.com/hUSQNIOOJG

More than 70 firefighters were tackling the fire at a factory unit overnight pic.twitter.com/qLjjMdq6MI

Firefighters are still at the scene of a huge blaze that started overnight in Planetary Road, Wolverhampton pic.twitter.com/9BzmT6VdNI

We are dealing with a significant factory fire in wednesfield. We have 65 firefighters assertively fighting this incident #NYDfire pic.twitter.com/YSNLep8Qtl

The damage to properties at the site could clearly be seen this morning.

Photos clearly show the extent of the fire damage on #PlanetaryRoad #Wednesfield where 15 pumps tackled the fire though the night. pic.twitter.com/H8P9Y2NhcI

#PlanetaryRoad #Fire @WestMidsFire have many resources on site dealing with this fire. The incident command unit is the driving force to where and what happens next regards to water impact, road closures, safety of the firefighters and protecting adjacent businesses (JK) pic.twitter.com/1bfEIsjMso

Calls to reopen Wolverhampton playing fields for public use

Man in hospital after 'serious assault' at Wolverhampton park