After 38 years, David Winnick has lost his seat in Walsall North. 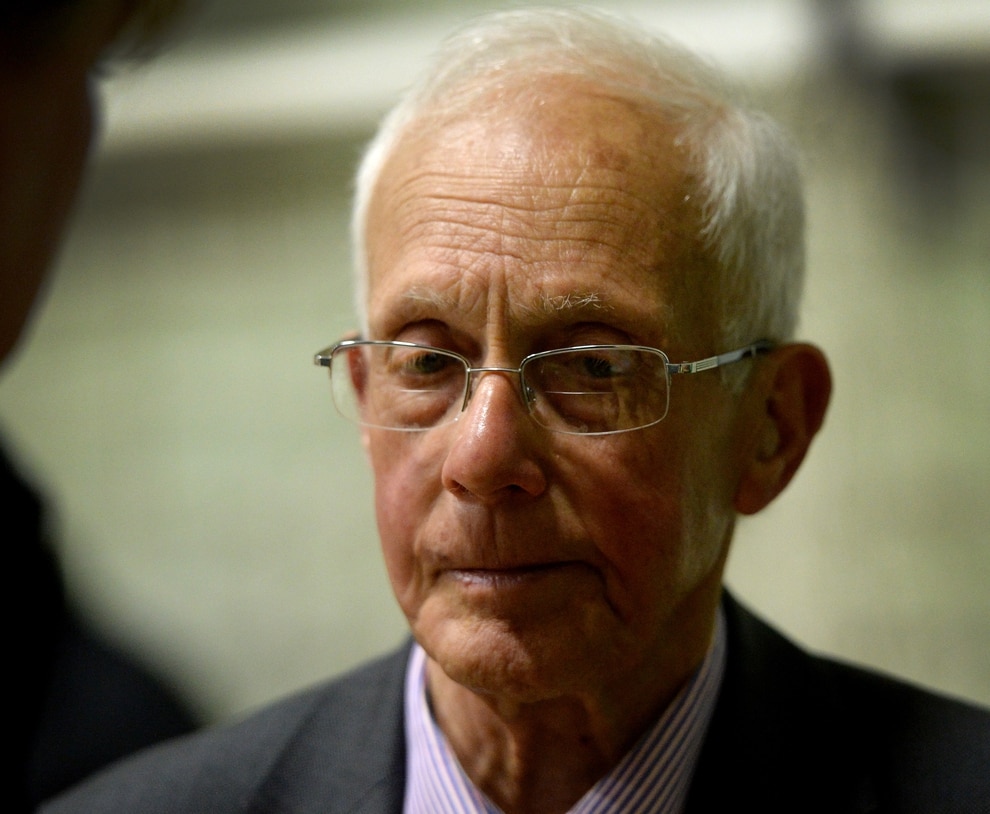 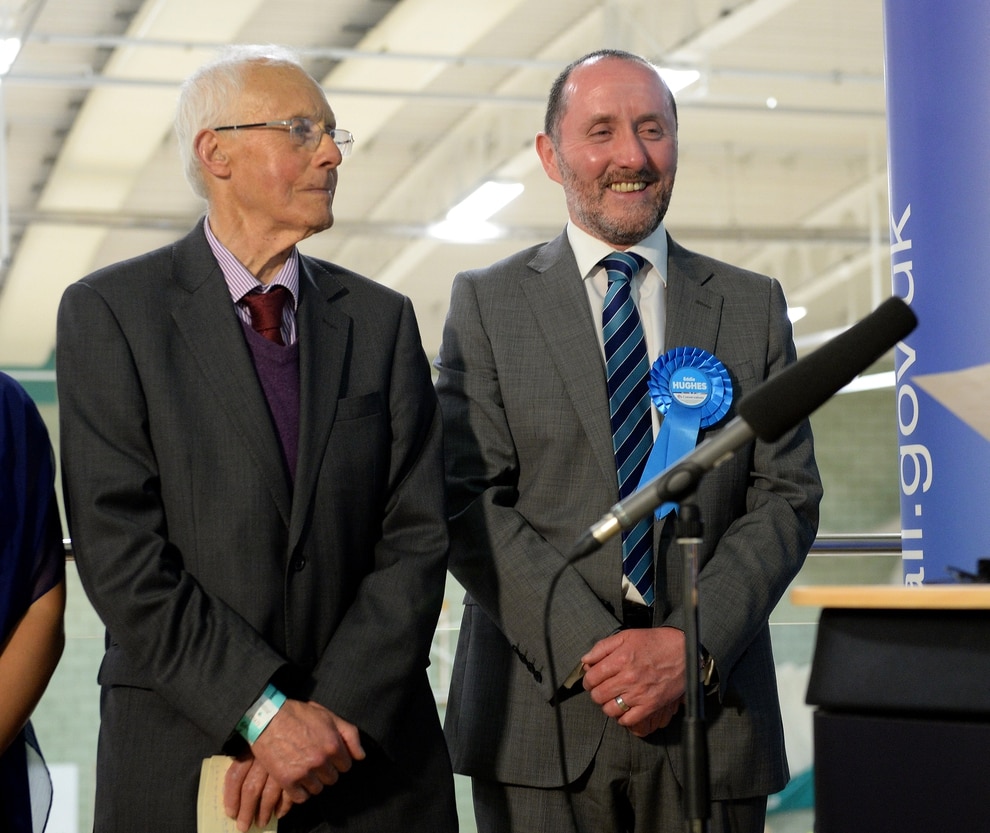 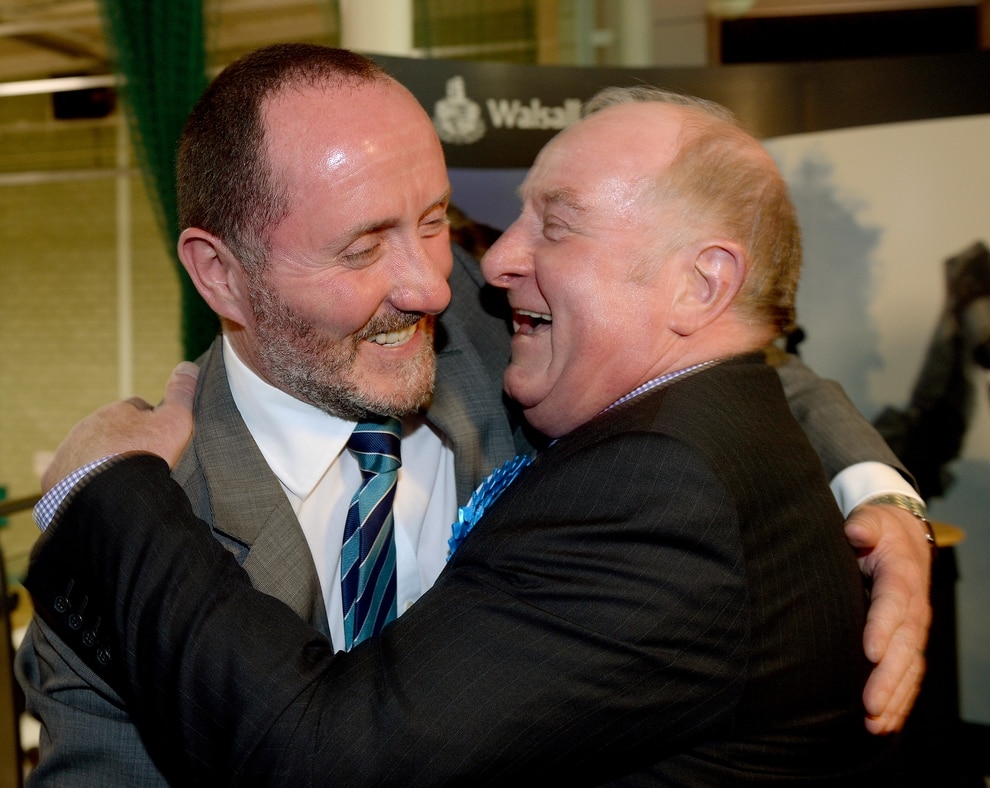 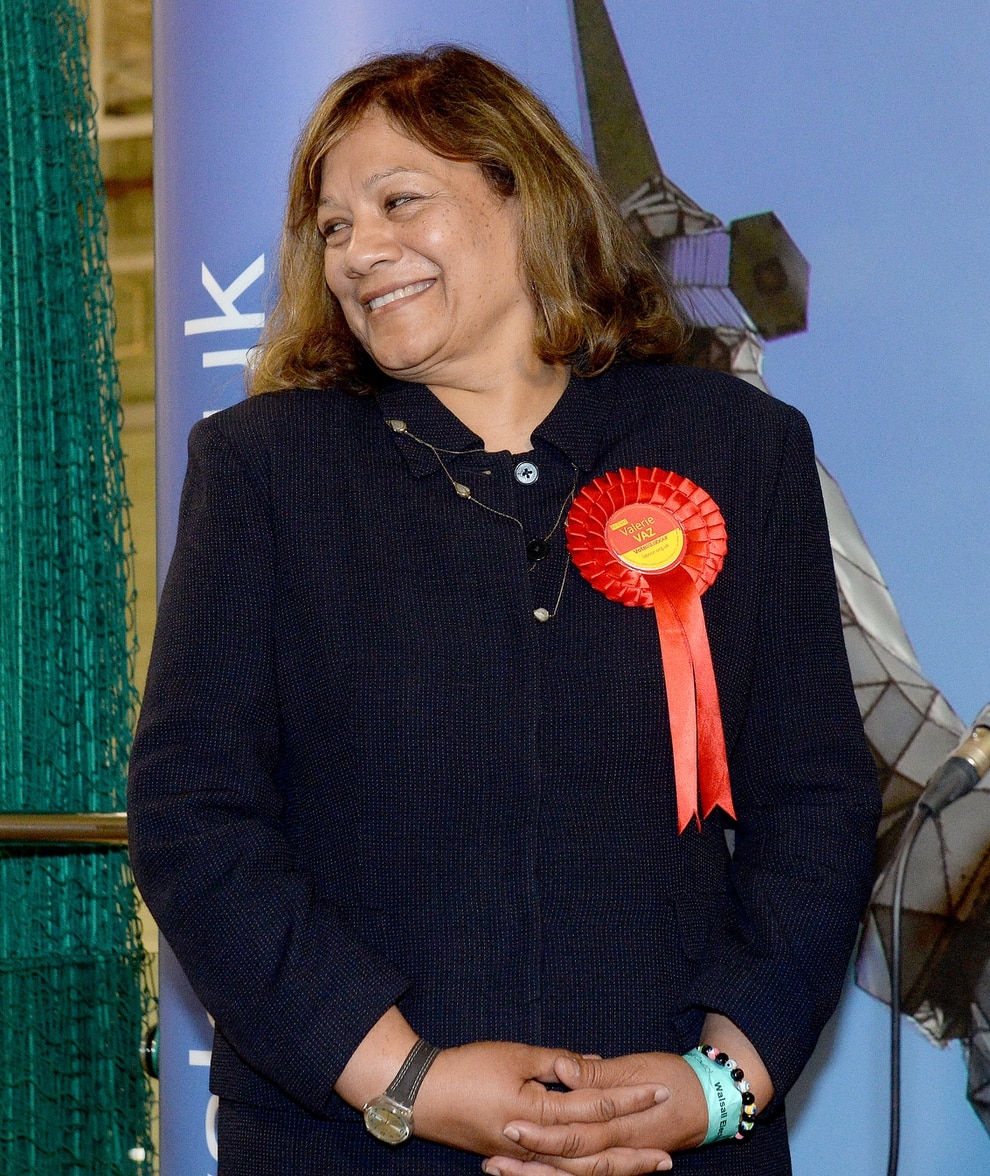 Valerie Vaz is all smiles after the result 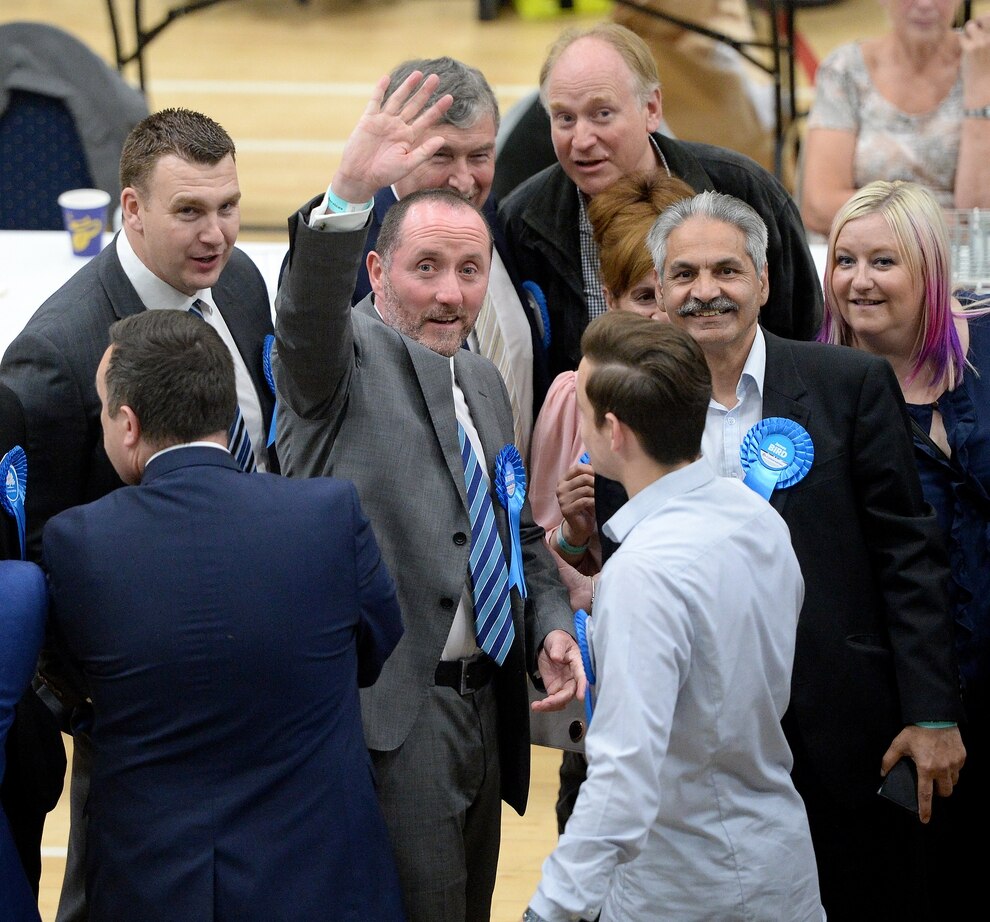 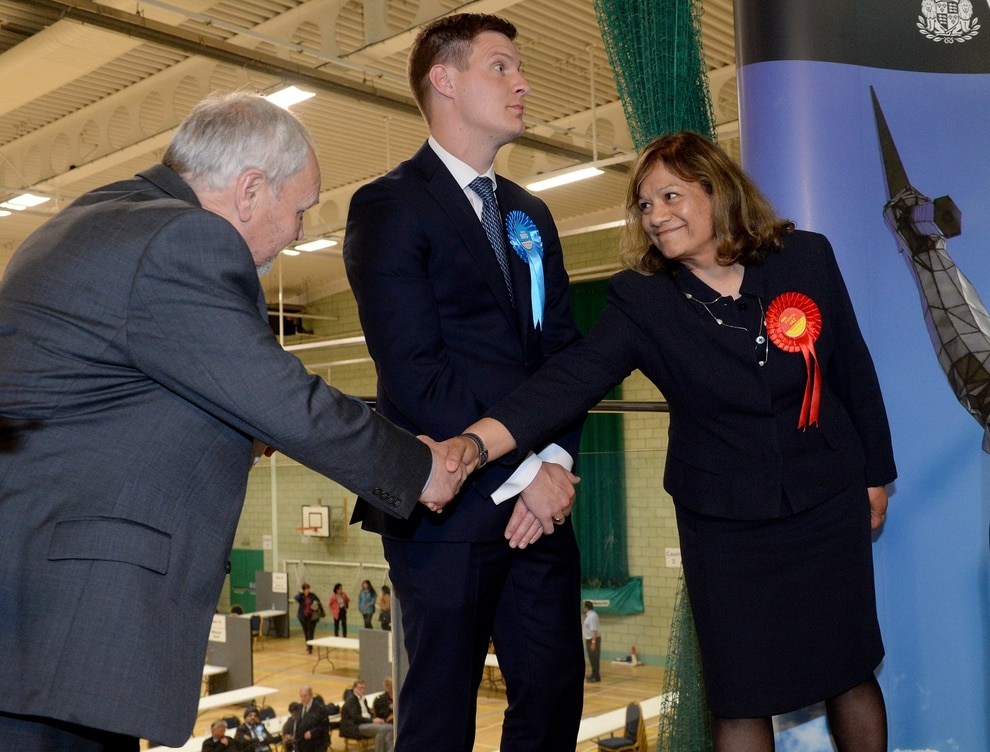 Valerie Vaz shakes hands with Derek Bennett after the result. 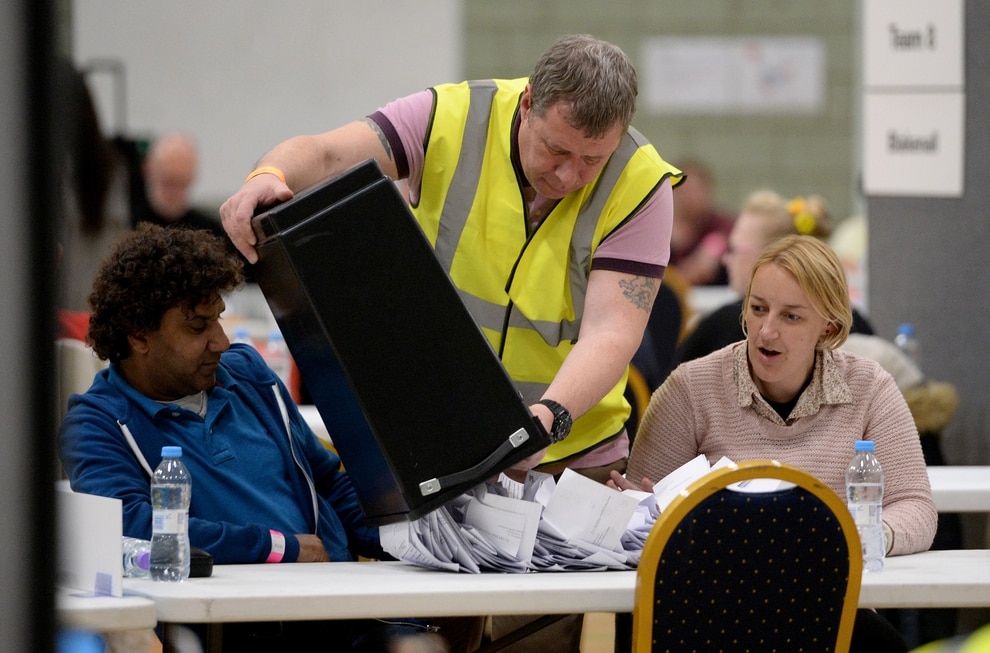 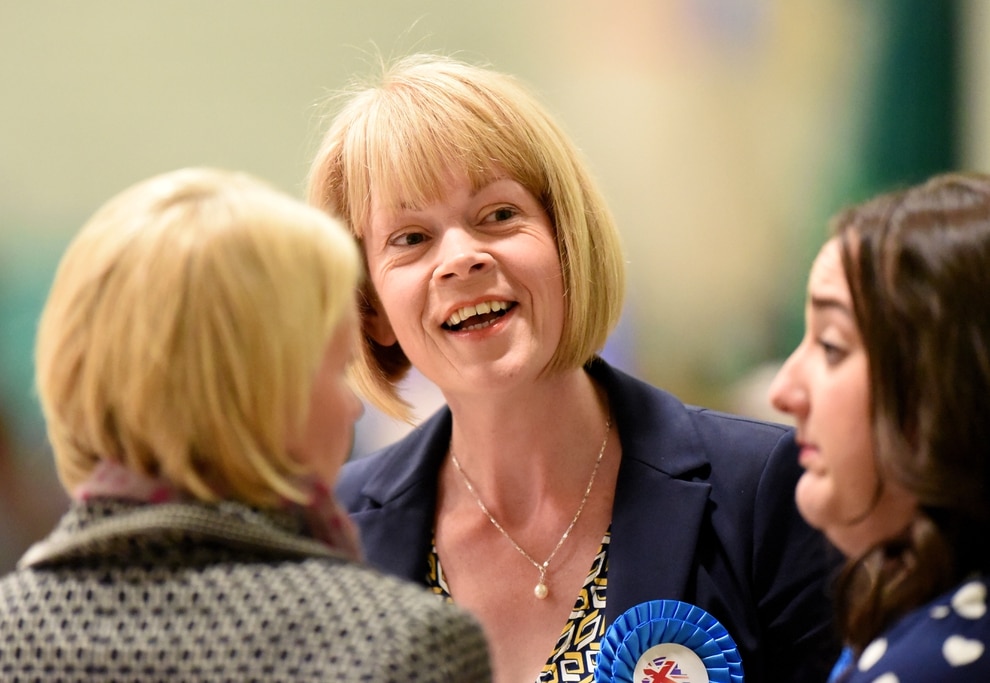 The veteran Labour MP lost out to Conservative Eddie Hughes after the national Tory party picked out the constituency as a key target.

Scroll down for the full results and reaction from each constituency.

Labour's David Winnick lost the seat he had held since 1979 to Conservative candidate Eddie Hughes.

With fewer than 2,000 votes separating Labour and the Conservatives two years ago, Walsall North was one of the Tories' top target seats and their campaign proved effective, with Streetly councillor Hughes claiming victory by 2,601 votes.

Although downbeat, 83-year-old Mr Winnick said it had been an honour to serve the constituency, which includes the towns of Bloxwich and Willenhall and is one of the most deprived constituencies in the West Midlands.

"I am obviously very disappointed, we set out with a wonderful team trying to hold the seat," Mr Winnick said.

"We did know it would be difficult from the very beginning but we hope we could overcome those difficulties particularly the large number of people who voted for Brexit, in very, very large numbers.

"A lot of people voted for UKIP last time but this time the UKIP vote was pretty derisory.

"I don't say it lightly but it has been an honour and a privilege to work in this constituency for 38 years."

A delighted Eddie Hughes said: "It has obviously been a very tense evening. I look forward to being MP for all of Walsall North for hopefully the next five years.

"We knew right from the start we were going to fight very hard for every vote. Thirty eight years is a very long service and for very good reason he has seen off previous Conservative candidates. So we knew it was going to be tough.

"But I would liked to think it came down to the fact I'm a localish guy I am a Brummie, but I have lived in Walsall for 25 years, the son of an Irish immigrant bus driver, I think is something which struck a chord with people when we were knocking doors."

Valerie Vaz romped home in Walsall South earning a vital defence for the Labour Party in a seat which the Tories had targeted heavily.

The seat saw a a huge UKIP vote two years ago which would have been enough to overturn Ms Vaz's majority had it swung to the Tories. But Ms Vaz secured a comfortable victory with nearly 9,000 more votes than Conservative candidate James Bird.

The Tory man had been hoping to win his party the seat for the first time since the 1970s.

Ms Vaz said: “I am very pleased it is a result of a lot of hard work and the vision set out in its manifesto.

“People on the doors were telling me they liked what we have put in the manifesto and I think the fact I have been an MP since 2010 and working hard for them ever since counted.”

Reflecting on Labour’s surprise success throughout the country, Ms Vaz added: “I don’t think the country wants another election now. The country actually needs, I have to say it, stability which they thought they were going to get.

“I think the Labour Party took the fight to the Tories and the people have responded.

“It just shows the Prime Minister was wrong in her judgement, she was wrong to call the election."

Both the Labour and the Tory candidates had high profile visitors during the campaign.

A few weeks ago, the bookies had Mr Bird as the favourite to win the seat but as the campaign took its course Ms Vaz managed to turn it around and ended up winning comfortably.

Conservative Wendy Morton stormed to victory in Aldridge Brownhills gaining a 14,000 majority over her Labour rival – 2,000 more than last time out.

A long-standing Conservative seat, there appeared to be little doubt Mrs Morton would be duly elected despite the snap election catching her by surprise..

The Aldridge-Brownhills constituency makes up the north-eastern fringe of Walsall, neighbouring Burntwood, Lichfield and Sutton Coldfield and has been Conservative since 1979.

It is often described as a seat of two halves - Aldridge is predominantly an affluent residential community, while Brownhills is an ex-mining industrial town.

Looking forward Mrs Morton said: “The key aspect will be the European Union and securing the best deal. The people in the West Midlands made their voices heard on that.

“Other key issues will be around the economy, creating jobs and continuing the revival of the West Midlands. And in view of the terror attacks security will also be a priority as well.”

Arguably the most eye-catching candidate of the night was Mark Beech standing again for the Official Monster Raving Loony Party.

He said: “We are primarily about having fun and getting young people engaged in politics. A lot of our manifesto is ridiculous but we do have some serious policies.

“The party is a national movement which has been going since the 1980s. Some candidates have chosen to stand with progressive parties like Labour and Lib Dems this time to try and oust the Tories.

“I have stood again because Aldridge Brownhills is such a safe seat and our MP (Wendy Morton) doesn’t bother answering half of her letters so I chose to oppose her again.

“The campaign has gone well this year. I have only been threatened by dogs once.”