More than 1,000 people have objected to plans for a railway sleeper factory next to the M6 - which has been earmarked for the Black Country because of HS2, it has now been revealed.

There were angry scenes as dozens of residents packed into a consultation event held by Network Rail as they unveiled early designs for the compound which they want to construct at the Bescot railway sidings, in Friar Park.

Concerns were expressed about the potential environmental impact on people's health, noise and traffic the facility could generate.

It would produce 600,000 concrete sleepers a year with the first rolling off the line as early as August 2019.

RAIL.ONE, who will operate the site, stated the factory would replace the one in Washwood Heath, Birmingham, which is to be demolished to make way for the controversial HS2 line.

Residents raised several concerns over the scheme itself and also criticised Network Rail for a lack of transparency claiming many of them had only heard about the meeting via word of mouth.

Sandwell Councillor Simon Hackett, who represents Friar Park, stood atop a chair to rally the vocal gathering at the Millennium Centre on Wednesday night.

Addressing Network Rail officers directly he said: "Go back to your bosses and tell them we don't want this, go somewhere else it is not wanted around here.

"That is the message you need to take back tonight."

He later told the Express & Star: "Network Rail were not prepared for this tonight. They have set up a few tables in a community centre and thought only a few people would come.

"But hundreds of people have turned up. They need to go away and think again and not even bother putting a planning application in. There are hundreds and hundreds of people against this. It is bad for health, bad for noise and for traffic."

Hundreds of people have backed a paper petition against the factory while at the time of writing more than 700 had endorsed a separate campaign online.

Sarah Tranter, who set up the latter petition, said: "We have already had Lidl dumped on us which is the size of four football pitches, is flood-lit and causes extra traffic everywhere.

"We don't want this on our doorstep, it's absolutely huge. Leave us alone we have had enough."

But RAIL.ONE moved to quell people's fears although they were unable to provide any details about how many extra vehicles there would be a day.

A spokesman at the exhibition said: "The whole idea of this was to give people information to form a judgement on what is being proposed.

"There has been some very constructive feedback from some local councillors and residents.

"We have offered to take some people up to another factory which was built quite recently and is very, very similar.

"There have been concerns about dust, but the impact on the environment will be very, very negligible and it is not a noisy process.

"Although it is called a factory it is actually a facility. The whole system is sealed.

"It is too early to tell how many HGV vehicle movements there will be, that will come forward with the planning application." 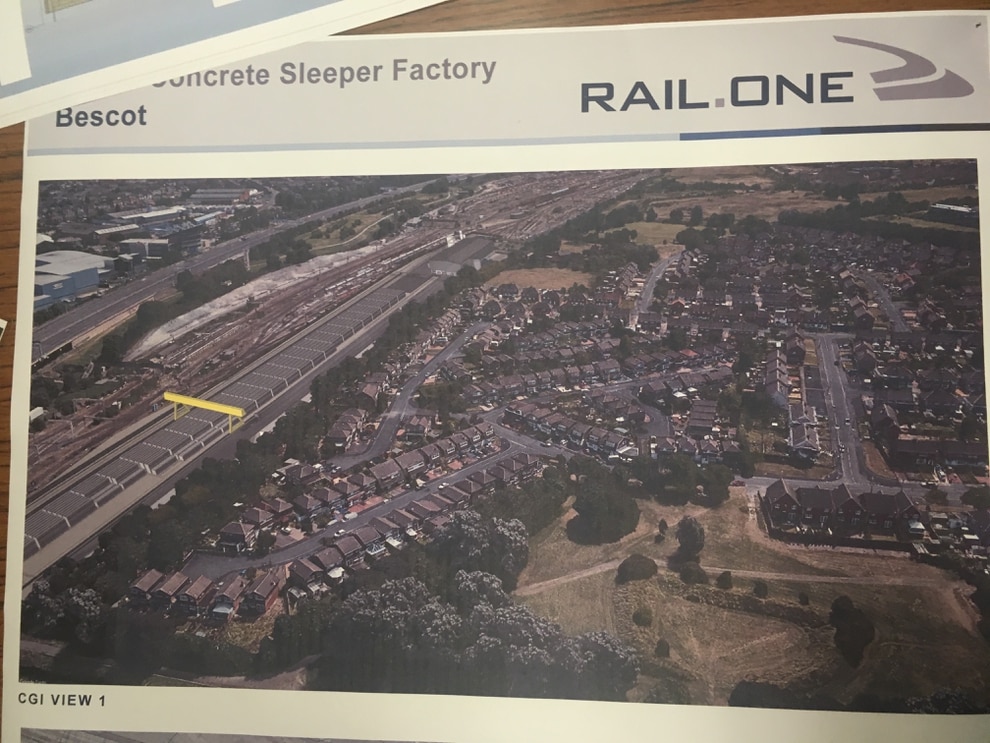 Another image of how the factory would look if it gets built. 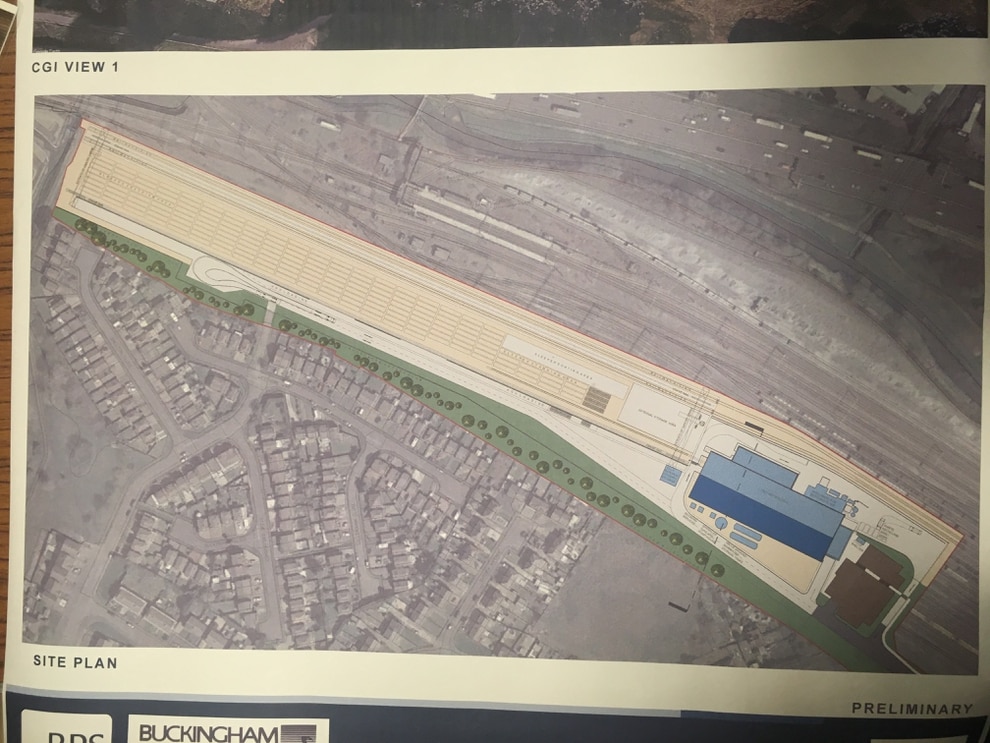 One of the sketches revealing the scale of the warehouse. 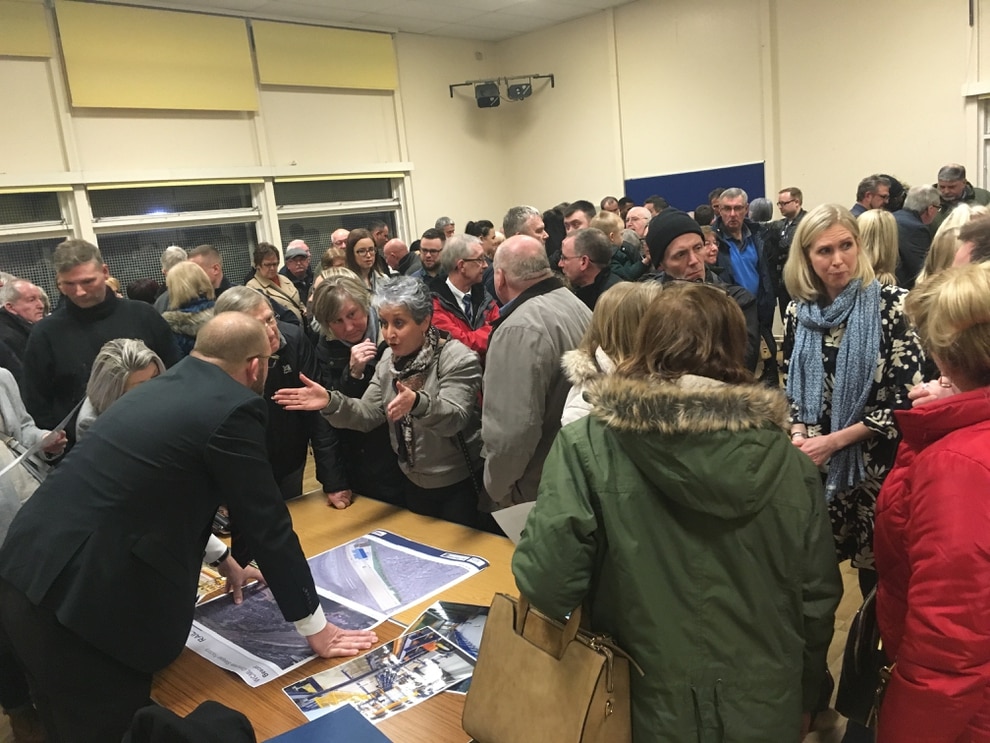 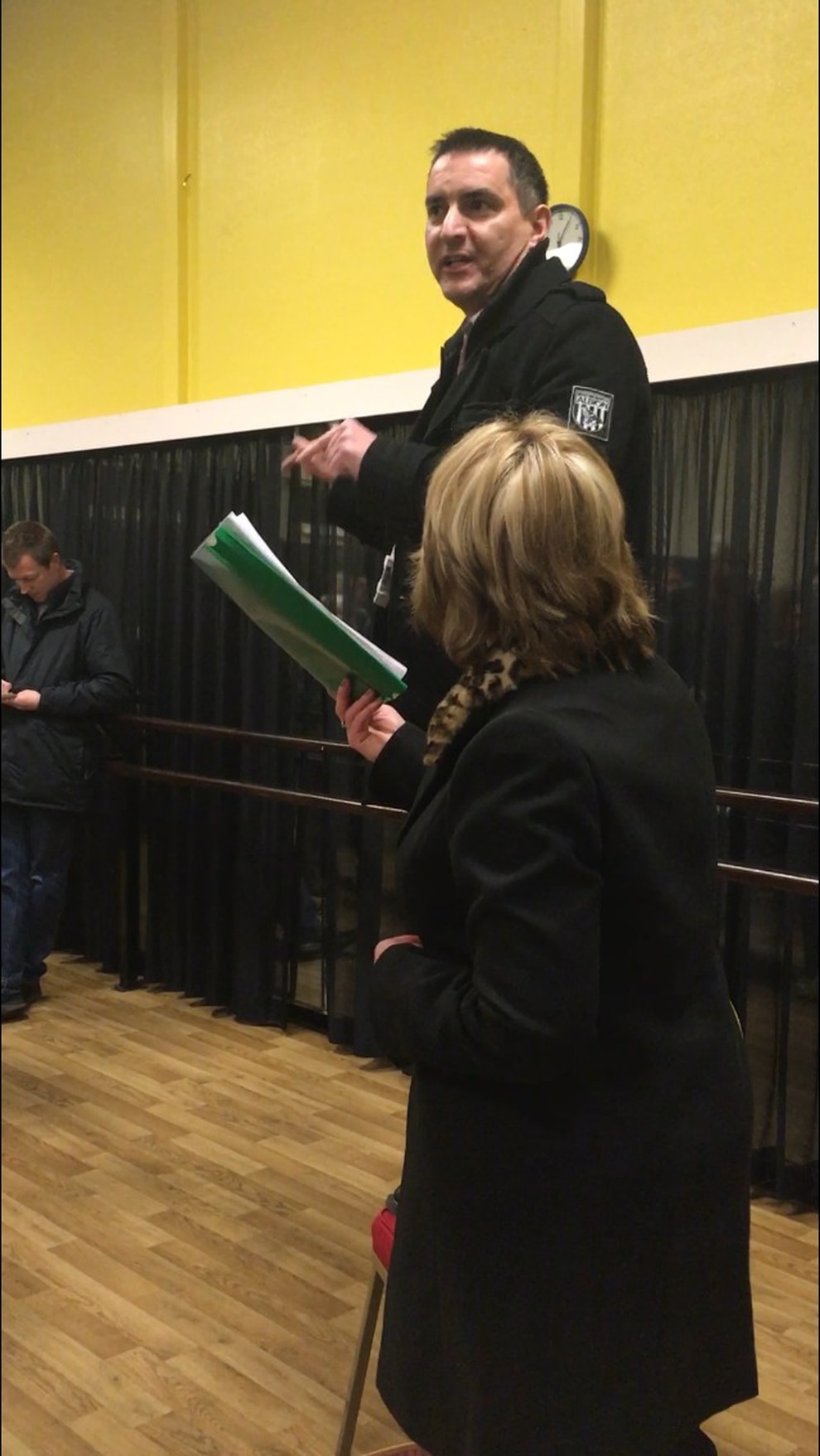 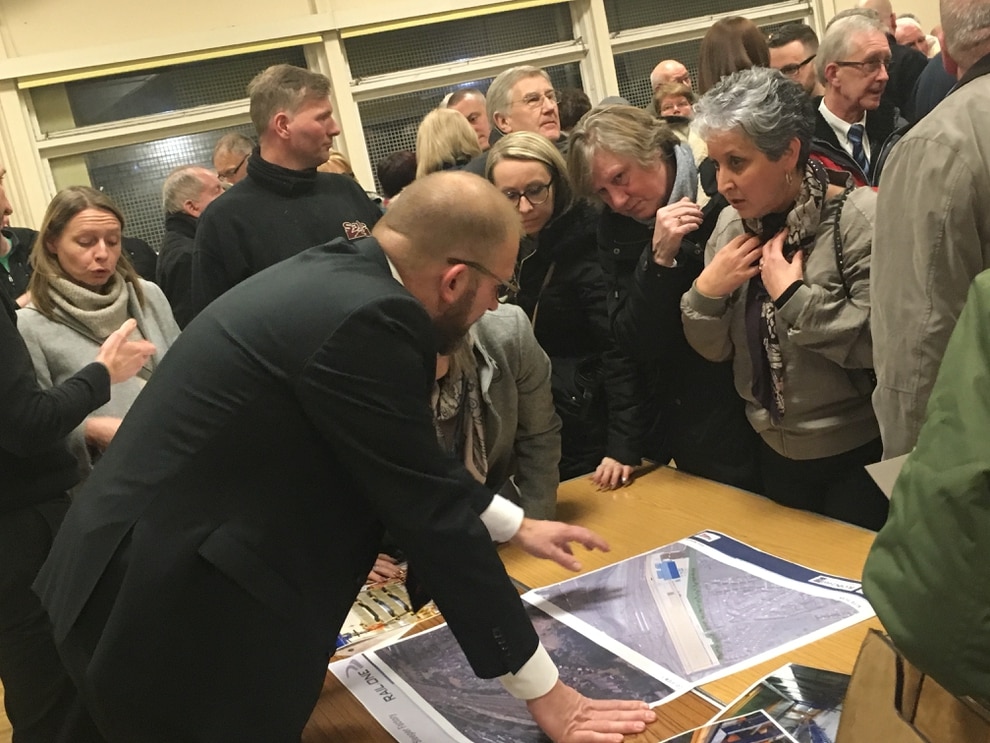 One official talks through the scheme with one concerned looking local.

He added: "This will enhance the area, create jobs and produce 600,000 sleepers a year which will be used for rail infrastructure projects throughout the country.

"The main reason why it is being proposed here is due to HS2. The track goes through Washwood Heath and that factory is being demolished.

"This is a replacement for that.

"I just hope people will see the positives."

A spokesman for Network Rail said: “The public drop in was an informal opportunity to find out more about our plans for the proposed sleeper factory at Bescot. We aim to submit a planning application, which will include a full environment impact assessment, by the end of March and encourage everyone to formally make their views known as part of this.

“The sleeper factory is key to support the ongoing Railway Upgrade Plan to provide an ever-increasing number of passengers with a better railway. It would secure jobs in the West Midlands and ensure Bescot remains a key part of the national rail network.”

A document outlining a time line stated that a planning application would be submitted to Sandwell Council in March, which Network Rail hope will be approved by July.

Construction of the main building would then commence in February 2019 and production of the sleepers would follow in August. The site could be declared 'fully operational' by January 2020.

Visit Change.org and search for 'STOP National Rail building a concrete sleeper factory on the Bescot Site' to view the petition.