A motorcyclist has died after a crash with a car in Great Barr last night.

The man in his early 20s was pronounced dead at the scene after the collision happened at the junction of Beacon Road and Wimperis Way, near Barr Beacon School.

An off-duty nurse performed CPR before ambulance crews arrived and found the man in cardiac arrest at around 7.45pm.

A large section of the road was closed last night as collision investigators examined the scene.

A white Mondeo, believed to have been involved in the incident, was visible behind the cordon.

The cordon was in place last night but the police tape has since been taken down.

This is the scene in Beacon Road, Great Barr, where a motorcyclist sadly died in a crash last night. The road is back open after police cordoned it off. pic.twitter.com/y30GaANZpG

West Midlands Ambulance Service spokesman Jamie Arrowsmith said: “On arrival, crews discovered one patient, a man who was the motorcyclist.

“He was found to be in cardiac arrest with an off-duty nurse having already commenced CPR.

“Ambulance staff took over treatment but sadly it became apparent nothing could be done to save the man and he was confirmed dead at the scene.

“The car driver was uninjured in the incident.”

A West Midlands Police spokesman said: "A motorcyclist has died following a collision with a car on Beacon Road in Pheasey, Walsall, last night.

"The man, who was in his early 20s, was treated by medics but sadly died at the scene.

"Police are investigating to find out the circumstances that led to the collision, at around at 7.40pm.

"The car driver was not injured and is helping police with the investigation.

"Anyone with information can contact us via Live Chat at west-midlands.police.uk between 8am and midnight or call 101 anytime giving log number 2432 of 27 June." 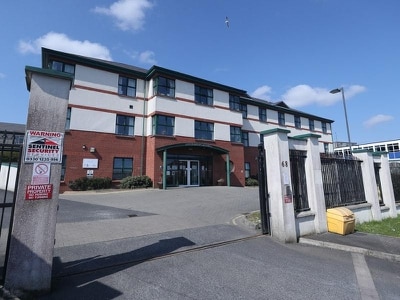