New Bishop of Dudley officially consecrated by the Archbishop of Canterbury

The new Bishop of Dudley has officially been invested with the authority to perform his duties as a priest.

The Venerable Martin Gorick was officially ordained and consecrated at a special service at Southwark Cathedral in London by the Archbishop of Canterbury.

Bishop Gorick spoke of his hopes for the future within his new role.

He said: “As a Black Country bishop I look forward to the church playing its part in the regeneration of Britain’s heartland in the West Midlands, and to working in partnership with all people of good will.”

There were also a few dignitaries from Dudley, including the Mayor of Dudley David Stanley.

During the service, Martin was presented to the Archbishop by the Bishops of Worcester and Oxford and was prayed for by other bishops from across the Church of England.

He was given a bible, an Episcopal Ring and a Pastoral Staff and the Archbishop also anointed him with oil.

A sermon was given by the Alison White, Bishop of Hull who talked about knowing Martin when he was first ordained as a curate.

Bishop Gorick was appointed to the role as Bishop of Dudley in November following the departure of Rt Rev. Graham Usher, who has been appointed Bishop of Norwich.

Unfortunately, The Rt Rev. Usher was unable to get to the ceremony due to a power failure on the train he was travelling on. has put out a message on Twitter to offer prayers to Bishop Gorick as he becomes the sixth Bishop of Dudley.

Bishop Gorick will be formally welcomed to Dudley at a service at Top Church on Saturday, February 22.

He will then be installed in Worcester Cathedral at Evensong on Sunday, February 23, after which his ministry in the diocese will begin.

The Bishop of Worcester, Dr John Inge, will be working with Bishop Gorick across the diocese and said he was looking forward to the journey ahead.

He said: “Becoming a bishop is an exciting new step in Martin’s faith journey. I pray for God’s rich blessing on Martin and his wife Katharine as they prepare to join us here.

“I am looking forward greatly to working with the new Bishop in growing God’s Kingdom throughout Worcestershire and Dudley.” 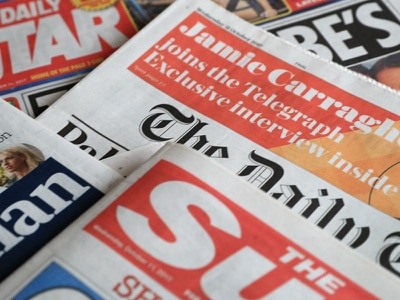