The West Midlands Chief Constable says suggestions the UK is becoming a "police state" during the coronavirus lockdown are "widely off the mark".

Some police forces have been heavily criticised over recent days, with accusations levelled at officers that they are overreaching their powers.

The actions of Derbyshire Police were labelled "disgraceful" by former Supreme Court judge Lord Sumption after a drone was used to film dog walkers in the Peak District and a lagoon dyed black in an effort to make it less appealing.

Banning people from going to the Lake District was also cited as another example of police going above their station.

Critics have warned police that the use of perceived over-zealous tactics runs the risk of losing public support.

But Dave Thompson, West Midlands Police's most senior officer, said "it was time to be supporting the police" who are "doing a marvellous job in difficult circumstances".

He did concede there had been a "small number of cases" where things "could have been done differently".

Mr Thompson said on Twitter: "This public were looking for support from the police all last week. They are calling us re breaches of advice that are not within the law.

"Officers and staff are doing their best and the public are following the advice. The use of powers is minimal.

"There have been a small number of cases I have seen where I think this could have been done differently. However comments re police state are widely off the mark.

"Time to be supporting the police as staff are doing a marvellous job in difficult circumstances."

Meanwhile Police and Crime Commissioner David Jamieson has urged residents not to confront neighbours hosting house parties but to call police instead.

He said: "I don't think there is any suggestion someone has decided on a tactic to offend the nation or be disproportionate.

"You have to remember this came on the back of a weekend where hundreds of people were virtually going on holiday and it was more about trying to discourage people from repeating that kind of behaviour."

He added: "There will be one or two occasions where maybe, on reflection, it could have been handled differently.

"But in the vast majority of cases there is good interaction going on in the community, who are largely supportive." 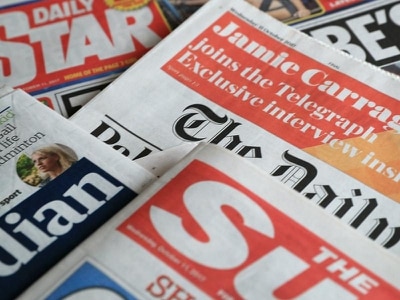