People returning to pubs this weekend have been urged to enjoy themselves sensibly by police chiefs, amid concerns social distancing measures could lead to confrontation.

Many pubs across the Black Country and Staffordshire will open their doors for the first time in more than three months tomorrow.

A range of measures will be in place to ensure social distancing, with some making customers book beforehand or limiting numbers allowed in.

Punters will also be expected to remain at their tables, with ordering at the bar not permitted at most venues.

And police chiefs are wary that the structured nature of nights out could lead to trouble, especially when the drinks have been flowing.

Extra officers will be on the streets across the region this weekend. Chief Superintendent Steve Graham, from West Midlands Police, praised the public's response to lockdown and said he expected most people to continue to follow the guidelines.

But he said: "One of the biggest problems of people coming out to pubs and bars is getting used to the new system. People aren't used to having to queue to get into places or having to sit down at a table all night long. It is an adjustment process.

"People want to come out and relax. It might be that people are a little bit less relaxed but more on edge."

Ch Supt Graham said there was "no point denying" the fact the influence of alcohol could make it more difficult for some to comply with social distancing, and potentially lead to trouble.

He said it was not for him to express a personal view on whether it was too soon to reopen pubs amid a local lockdown, but for the force to "respond" to the Government's decision.

He added: "If people have had a few drinks before they come out they might become a little less patient and less understanding. At the same time, people know why these measures are in place. It's part of the plan to make things safe.

"We'll be trying to have an early word if behaviour starts to go downhill. We're confident between us we can still make it a safe environment."

Ch Supt Graham also delivered a stark warning to anyone considering drink-driving amid a fall in usage of public transport and taxis due to coronavirus.

"We have no tolerance for that," he said. "If people say 'I don't want to get on the bus because of coronavirus' it is no defence.

"If someone is thinking of having a few pints and driving I have one simple message: don't do it." 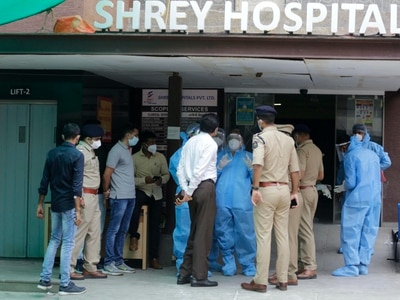