Four men are starting prison sentences totalling 94 years today after the "wicked and brazen" murder of Dwaine Haughton in Wolverhampton.

The 24-year-old victim was literally a sitting target when shot in an ambush at Valley Road, Park Village, at about 9.20pm on July 20 last year.

He was in the passenger seat of a stationary Peugeot 207 next to his cousin Barrington Clarke, who was behind the wheel of the car, when a grey Audi A7 loomed into view from the other end of the street.

The Audi had been stolen from an address in Wentworth Road, Bushbury, in a car key burglary the previous day and was on false plates.

It pulled up alongside the pair and a shotgun filled with buckshot cartridges was fired at point blank range through the open passenger window up to three times.

Mr Haughton was hit in the face, head and shoulder causing appalling injuries.

The gang picked up one, and possibly two, sawn-off shotguns just 35 minutes before the murder and their car drove into Valley Road a mere 18 seconds before Mr Clarke accelerated out of the street with his cousin dying alongside him.

Mr Haughton was rushed to the A&E department at New Cross Hospital before being transferred to Birmingham's Queen Elizabeth Hospital but his life could not be saved and he was certified dead within hours.

Dwain Smith, 26 and from Bilston, fired the fatal shots.

He and 22-year-old Kurrum Guild, of Oakthorpe Gardens, Tividale, were each given life sentences with a minimum term of 28 years after being found guilty of the murder.

They were given a further four years each for the stabbing of another man in January while both were on bail as suspects in the murder inquiry.

Montell Gray, 22, of Springhill Road, Wednesfield, and Seamus Williams, 24, of Okemont Drive, Wednesfield, were both given 15-year sentences after the jury found them guilty of manslaughter.

The four defendants were further found guilty of possession of a firearm and ammunition with intent to endanger life as well as handling the stolen Audi A7.

All bar Gray were convicted of arson by torching the car the day after the killing. None have given a motive.

Judge James Burbidge QC said while passing sentence at Wolverhampton Crown Court: "Mr Haughton could not have expected any trouble an was shot from little more than two feet away. Your motive is still not known.

"The murder was brazen and wicked in both formation and execution."

He told Smith and Guild: "You are both dangerous criminals with little by way of restraint and control.

"It beggars belief that you should engage in another serious offence while on bail after the murder. You will remain a danger to the public for a significant period."

Det Insp Nick Barnes, who led the investigation, confessed he was still uncertain about the motive for the killing and explained: "The only people who could tell us that are the four defendants who said nothing to us during the inquiry and trial. They have taken that secret to the cells.

"This was a very well organised, pre-planned execution by ruthless and evil people who have never shown any remorse.

"They have also made it more difficult for the deceased's family by refusing to explain why this happened."

Mr Haughton's father Richard told of the devastation caused to the family by the loss of their "ray of sunshine" and concluded: "No parent should never have to experience this pain."

A former partner of the dead man said: "His death was caused by a gun but that wasn't his world."

Ms Lauren Samuels, the beauty therapist who was his partner when he was killed, added: "He lit up every room he walked into. His loss has had a massive impact on me."

Woman charged as nursing staff 'spat at' in Staffordshire hospital

Aldi clean up amid coronavirus pressure after burglars' booze raid 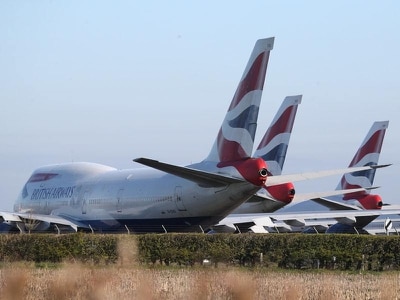 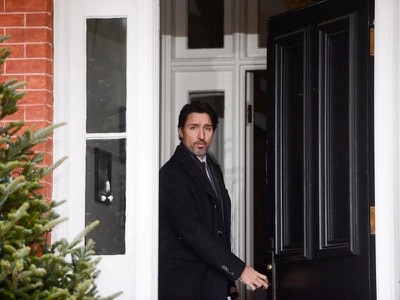