The family of a retired miner alleged to have died in a ‘mercy killing’ were shocked when hospital staff told them their mother had confessed to his murder, a court heard.

Dennis Eccleston, 81, who was terminally ill, died hours after an overdose of prescription drugs at his Cannock home, it was claimed at Stafford Crown Court.

His wife Mavis, who claimed they had made a suicide pact, was found collapsed beside him but survived.

Their daughter Joy Munn told a jury that she had been called to one side by a consultant at Stafford Hospital when visiting her mother to be told there had been “a development”.

She was astounded to be told by a nurse that her mother had “admitted” giving her father a lethal cocktail of drugs without his knowledge.

“I couldn’t comprehend what she was saying to me. We were all horrified,” Mrs Munn told Stafford Crown Court.

After her father’s diagnosis with bowel cancer, her parents had become “obsessed” with suicide, a jury heard.

Mr Eccleston was “frightened to death of pain” having watched his best friend die of the condition, and had even looked into travelling to Switzerland for a Dignitas assisted suicide, said his son Kevin.

His mother Mavis had also expressed a wish to die because “she wanted to be with him” said Mr Eccleston, and both had asked him to “finish them off” by putting a pillow over their faces if they were not successful.

The pair, who had been married for almost 60 years, were found unconscious at their Cannock bungalow on February 19 last year after taking overdoses of prescription medication.

She was charged with his murder after allegedly telling nurses he had not been aware the dose was potentially lethal. She later denied having said it.

Doctors at Wolverhampton’s New Cross Hospital had given Mr Eccleston up to six months to live but despite refusing treatment for his cancer, accepting only pain relief, he lived on for another three years, with his wife as his sole carer, the court was told.

Mavis Eccleston herself suffered from heart problems, and it was clear that looking after her husband had taken an increasing toll on her health.

As well as illness, the couple were also troubled by neighbourhood tensions, referring in their 14-page suicide note of “harassment day in day out” from other residents in Raven Close, Huntington.

Kevin Eccleston told the court: “They’d both had enough. They were frightened to death to go out because of the neighbours.

“Dad was in severe pain. My mom loved my dad so much, she wanted to die with him. Her exact words were: ‘I want to be with your dad when he goes.’

Mr Eccleston also said that following the defendant’s alleged confession to psychiatric nurses at Stafford Hospital, one of them it said to have told her: “You murdered your husband Mavis, you’re going to prison for a long, long time.”

He denied that he might have been mistaken over the nurse’s wording.

Joy Munn, the defendant’s daughter, said it had been “heart-breaking” to see how her mother, once so “energetic and full of life”, had deteriorated. She had offered to look after her so she wouldn’t be alone if Dennis went through with his threat.

“She held my hands and said: ‘Joy, I love you with all my heart but I love your dad and that’s where I want to be, and I knew then that’s what she wanted,” said Mrs Munn. 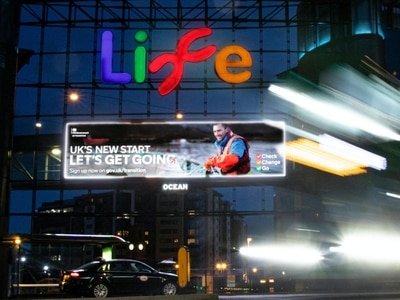