A four strong teenage gang armed with Rambo and Zombie knives left a shopkeeper to bleed to death after stealing his haul of cannabis, a jury heard.

Jaskaran Kang was repeatedly stabbed after the masked intruders kicked the front door to his first floor flat off its hinges during the early hours of January 6 last year, Birmingham Crown Court was told.

The 24 year old had been sleeping on the living room sofa because the bedroom was being used by Alex Clarke and his girlfriend Capriest Timberlake.

Mr Kang must have got up to confront the raiders and been bundled into the corridor outside the flat above the family convenience store he ran with his brother in Stourbridge Road, Brierley Hill, said Mr Mark Heywood QC, prosecuting.

He was held there by some of the gang while the others went into the flat.

Mr Clarke, who sold cannabis with Mr Kang at the shop, saw the front door hanging off its hinges when he peered from the bedroom.

As he emerged he came face to face with hooded raiders both armed with knives and one of whom was repeatedly shouted ‘where’s the food?’

Mr Heywood continued: “Mr Clarke knew this was a reference to the drugs they kept there. He heard Kang’s voice saying ‘give them the food’ but did not know where it was coming from.”

Mr Clarke had a knife pressed to his stomach and throat while he got the drugs from their hiding place in the ceiling, the court heard.

He handed the box to the raiders who fled after being told no money was kept at the address.

Mr Heywood continued: “He heard them running downstairs and waited until they had gone before going into the corridor where he saw Mr Kang struggling to stand with his right trouser leg soaked in blood.”

Among the wounds of the injured man was the fatal blow that severed almost half of the large artery to the leg muscles that bled so profusely he had only minutes to live, the court heard.

Mr Clarke called for an ambulance which was quickly on the scene but the paramedics could not save the victim and certified him dead.

Mr Heywood declared: “He had lost too much blood to be saved and was certified dead at the scene.”

He revealed: “Mr Kang and Mr Clarke used the flat to store cannabis. Mr Kang took orders for the drugs by phone while working in the shop and passed the orders to Mr Clarke who was upstairs.”

The required amount of cannabis was then sent down to the customer, the court heard.

Reggie Salmon, aged 21, was allegedly among those who bought cannabis from them and had supposedly made at least two purchases the previous day.

Salmon and 21 year old Tyrone Johnson were in phone contact with those who carried out the raid, it was claimed.

Salmon from Stourbridge Road, Dudley, and Johnson of Malthouse Drive, Dudley, both deny manslaughter and all six defendants plead not guilty to conspiracy to rob.

CCTV showed four people – alleged to be the gang – leaving a stolen Ford Focus parked around the corner from the Dudley Wines and More Store run by Mr Kang and his family minutes after Mr Clarke and Miss Timberlake had arrived at the flat by taxi.

The quartet was seen going down the communal passageway leading to the stairway that led to the flat where the murder took place.

Around four minutes later the group ran back to the car with one of them carrying a box which, it was claimed, held the stolen cannabis.

The Ford Focus then left the area and was seen to drop off people later.

Shortly after 8.30 that evening people leaving the Crooked House pub in Dudley spotted a Ford Focus ablaze under a nearby bridge and alerted fire crews.

The flames were put out and the badly damaged vehicle was confirmed to have been stolen from an address in Warley. 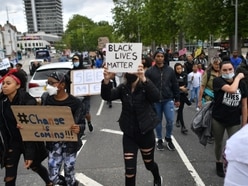 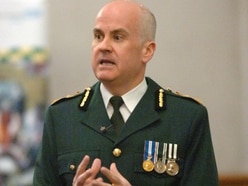 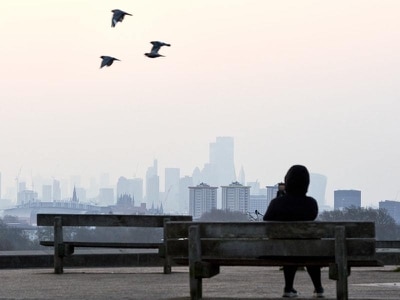