Wolverhampton teacher banned for having sex with pupil half his age

A teacher who was jailed for having sex with a pupil half his age has been banned from teaching indefinitely.

Matthew Dawson seduced the 17-year-old after offering to help with an eating disorder, Wolverhampton Crown Court heard in August 2016.

A relationship developed and the pair started secretly meeting at his flat to drink alcohol and sleep together.

The unmarried supply teacher, then aged 34, of Ferguson Drive, Tipton, started having sexual relations with the girl two months before she celebrated her 18th birthday in January 2014. The affair continued until the following June when it was ended by her after ‘fizzling out’.

By then Dawson’s teaching contract with the Wolverhampton school had ended and police were not contacted until 2015 after another girl – who knew about the relationship – complained after learning he was set to start work at her school, the court heard. He was interviewed by officers on January 29, 2016, and immediately admitted the offence.

The now 38-year-old was jailed for one year back in August 2016, ordered to sign the Sex Offenders Register for 10 years and has now been banned from teaching for life. He had pleaded guilty to sexual activity with a child by abuse of position.

A Teaching Regulation Agency professional conduct panel met in Coventry to discuss the case and the verdict was published last month.

The panel said that the behaviour involved in committing the offence could have had an impact on the safety of pupils.

The members added: "In light of the panel’s findings against Mr Dawson, which involved his conviction for having conducted a sexual relationship with one of his pupils and subsequent sentence to 12 months imprisonment at Wolverhampton Crown Court, there is a strong public interest consideration in respect of the protection of pupils.

"A prohibition order would therefore prevent such a risk from being present in the future."

The panel added: "Public confidence in the profession could be seriously weakened if conduct such as that found against Mr Dawson were not treated with the utmost seriousness when regulating the conduct of the profession."

Dawson will also not be able to apply for the restoration of his ability to teach. 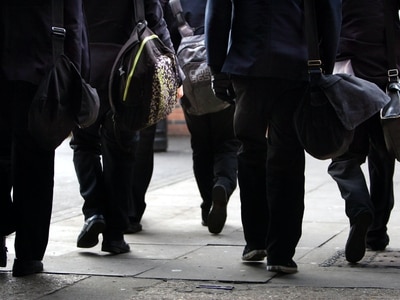 Eleven-year-old girl dies after being hit by car