Children as young as 12 groomed for work as drug mules

Children as young as 12 are being groomed to work as drug mules by dealers in almost 100 gang operations in the West Midlands.

Clothing, trainers and money are given to vulnerable youths in exchange for carrying drugs including heroin and crack cocaine.

Supplied with a mobile phone, the children are controlled by a gang in the latest child exploitation grooming scandal, known as County Lines.

West Midlands Police’s expert on slavery, Superintendent Nick Walton, said around 90 of the ‘lines’ were operating in the West Midlands.

That includes 40 outside Birmingham in areas including the Black Country and Staffordshire.

Supt Walton said: “While as we used to see under 18s dealing drugs on the street as an offence, we are now also looking at potential child exploitation and taking a different approach.”

Gangs launch County Lines in a bid to extend dealing networks and to evade police attention, Supt Walton said. Within days a children can be groomed into carrying drugs for street deals in exchange for money, gifts and protection.

They can be enforced through made-up debts and by threats to family members.

Supt Walton said: “The exploiter will look for vulnerable kids, provide them with clothes, trainers and money. Then they will ask them to carry drugs, carry cash and that child could be quite naive and suddenly find themselves in an inescapable situation.”

‘I’d urge parents to know where their children are, engage with them and look out for new items they may bring home such as phones, clothes or money.’

A warning to families from a Black Country police sergeant as a new wave of child exploitation is emerging across the West Midlands.

Dudley-based Sgt Cliff Tomkinson says he is aware of some children who have been targeted by drug gangs as part of criminal activity known as County Lines.

The youths are often left to operate from a stranger’s house taken over by the gang – a practice known as cuckooing.

The use of juveniles, Sgt Tomkinson says, is to evade police attention.

The warning comes as figures published last week show the number of children referred for human trafficking and slavery has almost doubled across the Black Country and Staffordshire.

Nationally, most of the children are white British, and most are suspect victims of labour exploitation.

They are referred to the UK Human Trafficking Centre which determines if they are a victim of human trafficking or slavery.

The National Crime Agency, which publishes the figures, puts the increase partly down to the emergence of County Lines, an activity it described in March as a ‘national problem’.

In a report, the agency said: “The exploitation of vulnerable people is an essential aspect of county lines drugs supply.

“The actual numbers of victims being exploited is difficult to assess due to a lack of sufficiently detailed intelligence, although we expect it to be significant.”

Sgt Tomkinson said: “More children are being identified which is a good thing, but it’s distressing to think this is taking place. The children are chosen because they are less likely to be identified and the drug dealer cannot afford to be caught.”

He added: “We need to look out for our young people, ensure they are safe and do not fall into the such traps.”

Charities have been raising public awareness of County Lines.

An NSPCC spokesman said: “It’s deeply worrying that children are being used to deliver drugs from cities to outlying suburban areas by organised gangs.

“These young people are being coerced into taking huge risks, facing serious punishments if caught with large amounts of drugs and the weapons they carry to protect themselves from other gangs.

“Those involved in County Lines can often be too scared to seek the help they need to escape a life of gang violence which is why the NSPCC Helpline is such a vital service.”

Crimestoppers ran a campaign on the issue in July and August.

As part of a project called Fearless, the charity has a dedicated outreach worker in the West Midlands whose job it is to safeguard children against sexual exploitation, cyber crime and weapon offences. The worker also deals with victims of County Lines.

Pauline Hadley, Crimestoppers regional manager for West Midlands, said: “Over the past year our fearless outreach worker has seen and spoken with thousands of young people across the West Midlands. Many of them are aware of crime around them, but find it difficult to overcome the stigma of `snitching’. Often young people have information but don’t know where to turn to.”

Crimestoppers has published a number of warning signs for people to look out for.

They include seeing a child avoiding authority figures, a child unfamiliar with the local area and a child during schools hours or late at night along on public transport, in a High Street or at a shopping centre. 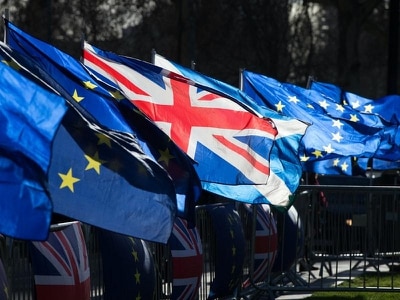