A convicted child rapist was brutally murdered by two prisoners who shared fantasies of disembowelling and beheading, an inquest jury has heard.

The body of 23-year-old Mitchell Harrison, who was originally from Wolverhampton, was found with severe neck and eye injuries and a slashed open abdomen.

He had been attacked by fellow inmates Nathan Mann, aged 25, and Michael Parr, 34, at high-security HMP Frankland Prison in Durham.

The two prisoners brutally murdered a convicted child rapist and then had a cup of tea and a cigarette – before asking a guard to open the cell door and see what they had done.

The inquest jury were told the killers had intended to eat their victim's liver, but decided not to at the last minute.

Durham Coroner Andrew Tweddle, warned the jury that the details of the death would be 'gruesome', 'graphic' and 'distressing', but urged them to 'never lose sight of the fact that this was a real person and someone's son.'

Mitchell's mother, father and step-father attended the inquest but showed little emotion as the disturbing details of their son's death were recalled.

The inquest heard that one of the attackers had confessed he was going to kill months before the gruesome assault.

Months before the pair lured Harrison to cell C22 in Frankland's vulnerable prisoner wing, Mann had told his mental health nurse that he wanted to kill 'a nonce' – prsion slang for a sex offender.

Mann, 25, also wrote graphic descriptions of how he wanted to kill a prisoner in a diary discovered by prison staff, and in a letter to the nurse he said he would commit the 'goriest' killings ever seen to force a move to a segregated part of the prison.

The nurse, Susan Duffy, told Harrison's inquest that she filled in a Security Information Report (SIR) after Mann said he wanted to kill in January 2011, 10 months before Harrison was attacked on October 1.

Ms Duffy said Mann was manipulative and she believed he was making up claims of suffering from anxiety and hearing voices to get medication which he could sell.

However, Ms Duffy did treat Mann's threats seriously and filled in the SIR, which was sent to the prison's security department. She said: "My gut instinct was that he would carry out those threats, he said he had nothing to lose."

Robert Young, acting deputy governor at HMP Frankland, said threats are an everyday occurrence in the prison, while prison officer James Winter said staff are only told a SIR has been made, not the specifics.

He said officers would be told details if the security department deemed it to be important, which he said 'rankled' with him.

Harrison, 23, was serving a four-and-a-half year term after being convicted of raping a 13-year-old girl in Cumbria.

The night before the attack, the pair made a scalpel using a razor blade from a disposable razor and a plastic kitchen knife.

Detective Chief Inspector Steve Chapman said Harrison was chosen at random, and was lured to Mann's cell on the pretext of keeping watch while the other two engaged in sexual activity in a period of free time for prisoners.

Once inside the cell, Mann jumped on Harrison and pushed him face down on the bed while Parr, who had closed the door, held their victim's legs.

Mann then strangled Harrison, stabbed him in the eye with a pen and severed an artery with the scalpel, which ultimately caused his death. 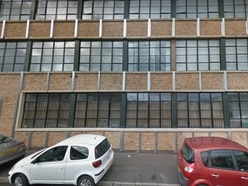 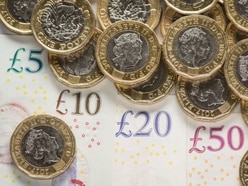 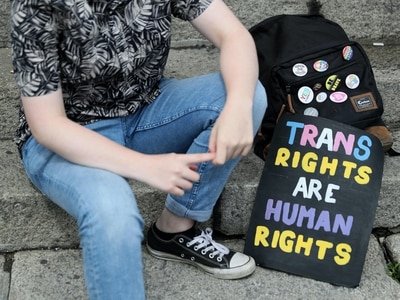