A shop applying to extend the hours it can sell alcohol says it is not doing so for any commercial gain, but for the health of the owner. 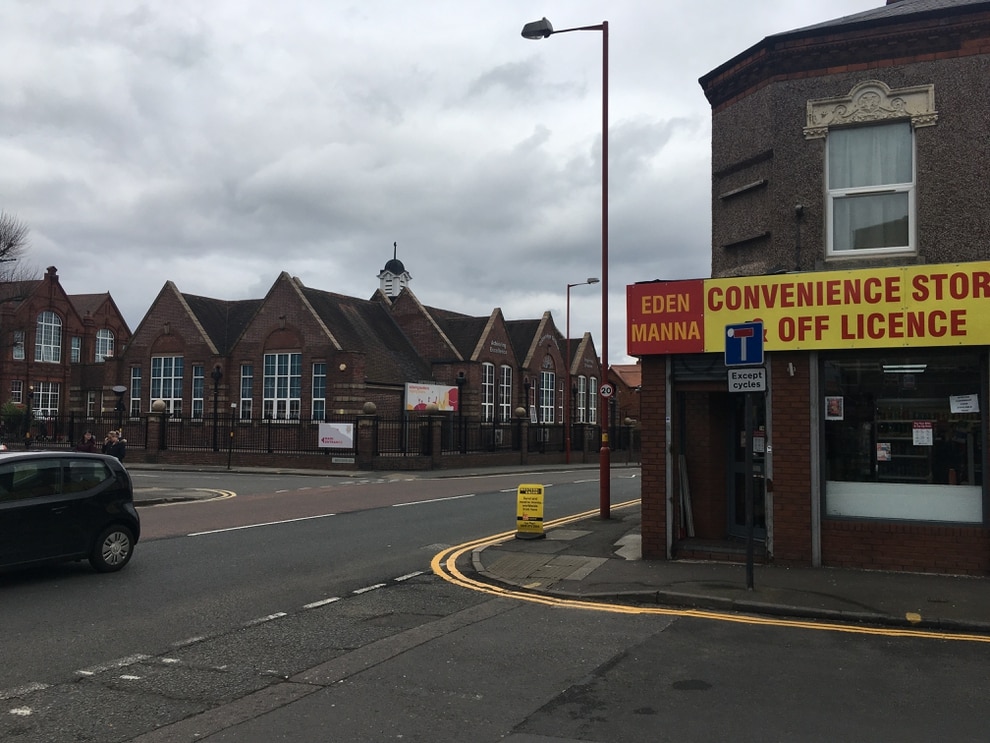 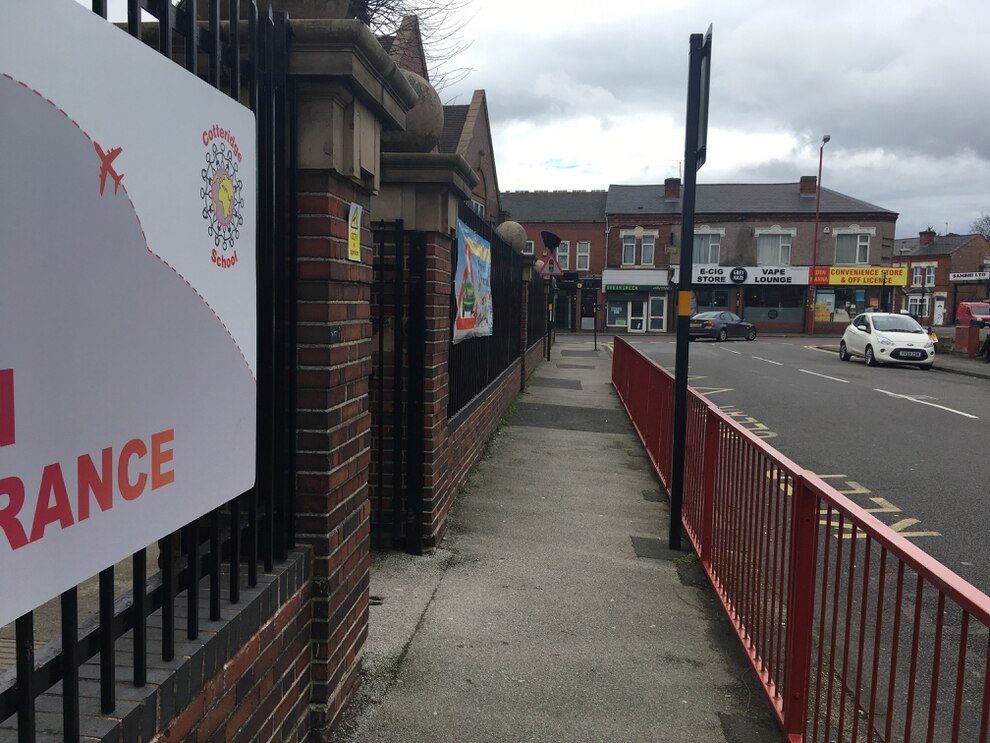 Eden Manna, which already had a sign stating 'off-licence' sits in view of the primary school

Eden Manna supermarket in Stirchley, Birmingham, had its application to extend its licensable hours heard by the council’s licensing committee on Tuesday.

The shop is currently limited as to when it can sell alcohol due to its location opposite a school.

When applying for an alcohol licence last year, the shop owner agreed alcohol would not be sold before 5.30pm each day, a condition which also meant that alcohol was not to be displayed in the shop when it was not for sale.

During the meeting, a representative for West Midlands Police said the force was objecting to the application, stating alcohol was openly on display during school hours when officer visited the shop in June.

However, speaking on behalf of the applicant, Mr Boniface Nyepango Lumumba, Anthony Gregson, from Hospitality Trading Solutions, claimed this condition was broken due to a misunderstanding, saying that Mr Lumumba believed the condition to only apply when the school was open.

He added that the application was being made for personal, not commercial reasons, saying Mr Lumumba played a ‘vital role in the community.’

Mr Gregson said: “I’d just like to start by speaking on the dedication of Mr Boniface.

“In the 17 months that the shop has been trading he’s provided a vital role in the community, and never more than in the last four months since the current situation with Covid-19.

“He’s been open every day to supply local residents with daily essentials, especially early on when the R rate was really high, putting himself at risk to make sure others could feel comfortable.

“In the time that Eden Manna has been open, as outlined in the police report, there have been no complaints from the community or local authority.

“No parent reports of underage sales. No call outs for unruly people congregating around the store. And no complaints of alcohol-related crimes going up in the area.

“There’s been no follow-ups from either of the parties that objected to the original application, and this is purely because of the dedication and community spirit that is brought by Boniface every day, and that is a standard that most shop owners should aspire to be."

Mr Gregson added: “Because of the condition of times for the licensable hours being reduced to 5.30pm onwards on weekdays, it was then a committee-imposed condition for the alcohol to be kept behind lockable shutters, not so much for the protection of children but because it would be illegal to display alcohol when it is not for sale.

"And that is the reason for the variation being applied for.

“As lockable shutters have been too much of an expense for a small shop to pay for, alcohol being moved in and out of the stock room on a daily basis has been the only way to adhere to this condition.

“Moving the alcohol, which forms a large part of the shop’s stock, has caused increased problems with the health of Boniface.

“This has been shown in a letter from a doctor explaining the arthritis in Boniface’s knee. This variation is not for commercial gain, but purely to ease the burden on Boniface, as the health in his knee decreases.

“We still believe strongly that alcohol can be sold from the opening times of the shop to the closing, without putting any risk at children.

“Children will pass many shops on the way to school, almost every one of them will sell alcohol.

“There are many shops on the way to school that children will go into to buy sweets, or magazines of other things.

“These shops sell alcohol, and aren’t putting a risk on children.

“And we think it’s only right not to be the only shop in the area with a condition that would stop alcohol being sold from the morning.”

32 arrested after ‘hostile and violent’ outbreaks at anti-vax protest