Hundreds of helpers flooded a cul-de-sac as Nick Knowles and his DIY SOS team rolled into town to help a family devastated by the loss of a young mother. 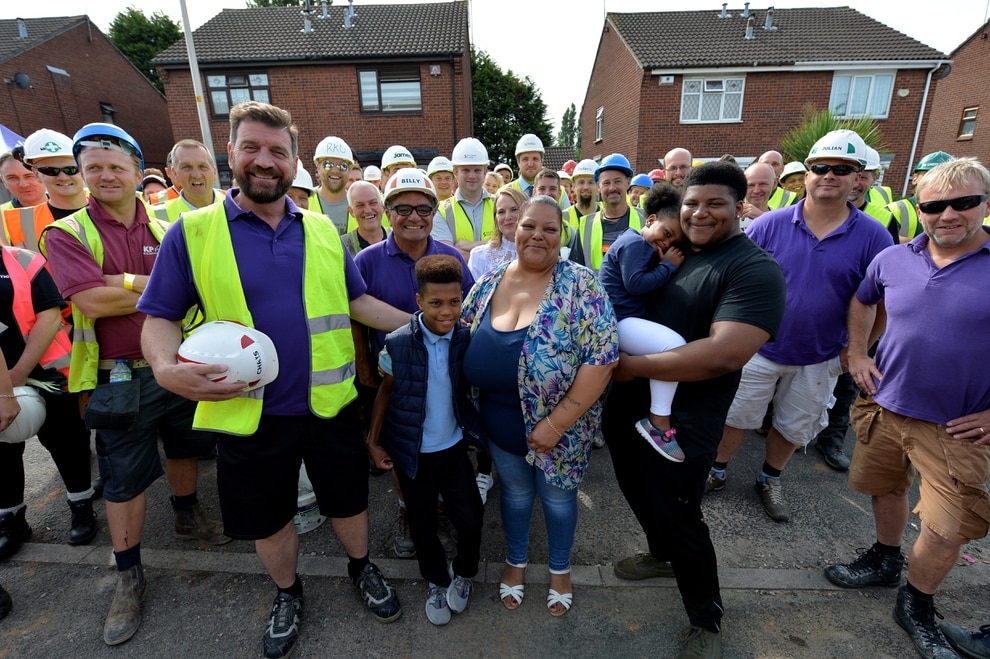 The DIY SOS team start work on a home on Livingstone road , West Bromwich. Nick Knowles with the family. 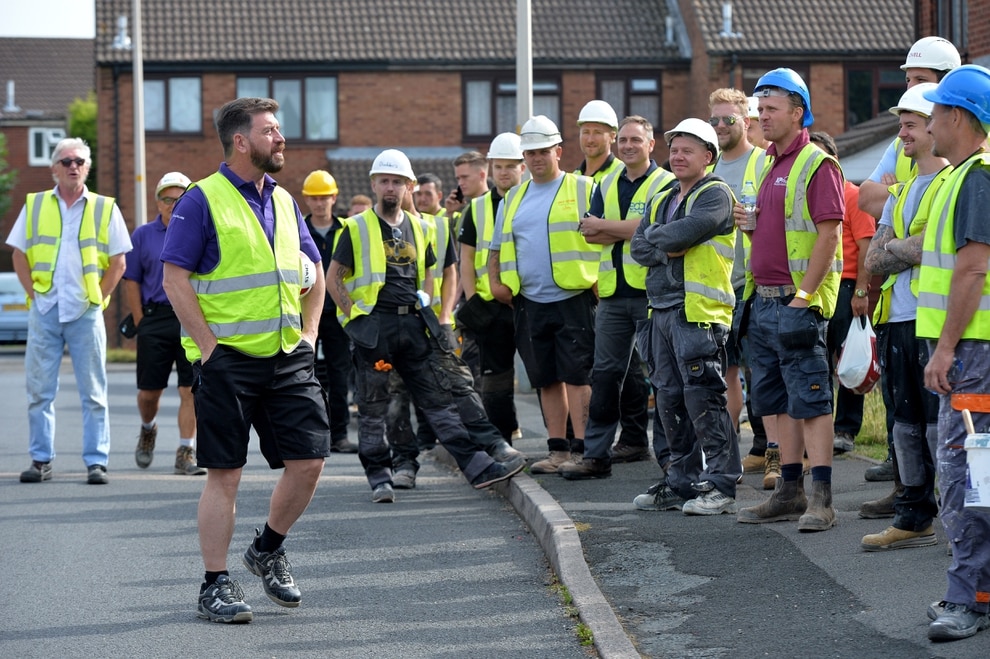 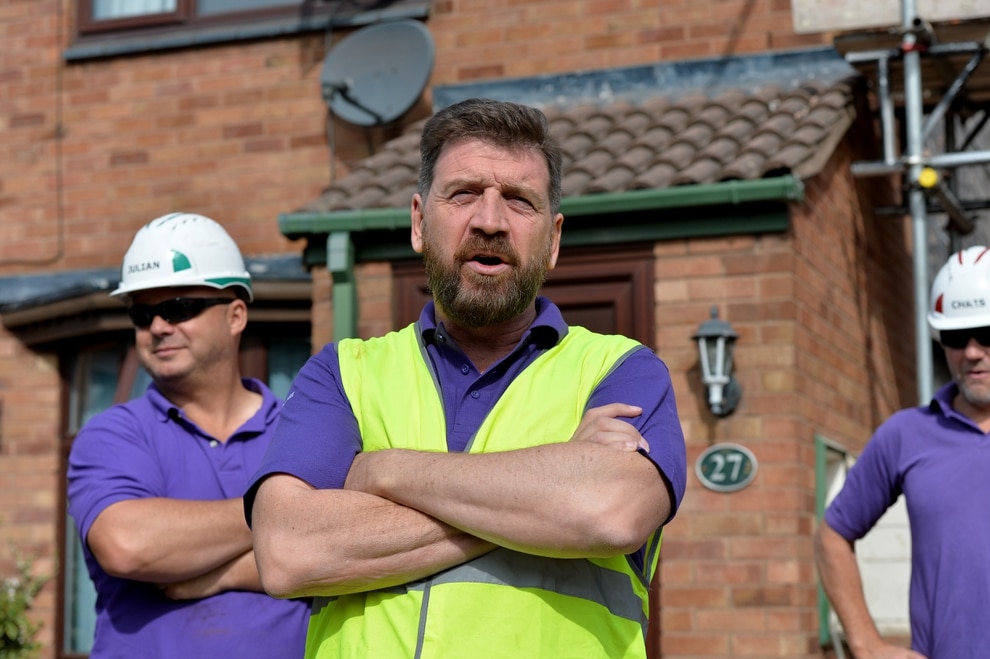 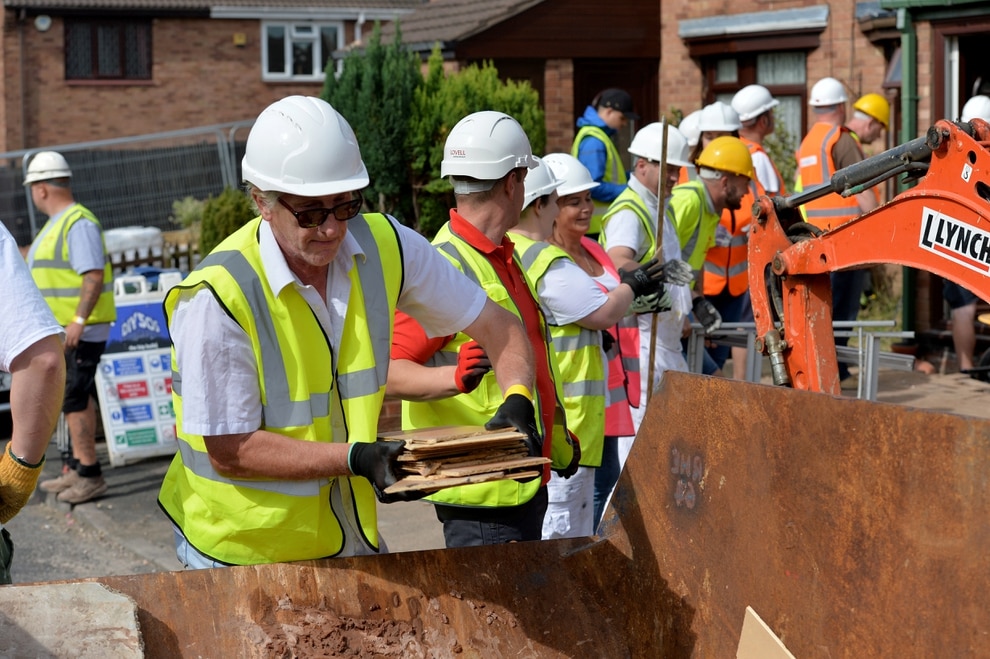 Work starts on the home

The team of experts were joined by dozens of local tradespeople in West Bromwich who turned out to help after hearing the tragic story of Crystal Chambers.

The 32-year-old was given hours to live when she was diagnosed with terminal cancer. She died on October 14, 2015, leaving her two young children in the care of her grieving mother, Sandra.

Read more about the team helping out on DIY SOS in West Bromwich.

They now all live together with Sandra’s son, Ziggy, in a cramped two bedroom house. Crystal’s two children, Deago, aged nine, and Ameira, aged three, have to share a bedroom with Sandra, who is struggling with the situation. Now the DIY SOS team has stepped in to help.

Presenter Nick said: “They’re a really lovely family and they came out and met the builders this morning and motivation levels went up they met them and everyone is determined to try and make life a little better for them.

“In terms of the support, it’s been a brilliant turnout, everybody is working through the difficulties – this is probably the smallest house we’ve ever worked on. It’s a cul-de-sac and it’s great that the neighbours are joining and helping us out – we’ve got stuff loaded on neighbours’ drives on both sides, people giving up their driveways and gardens to help us do it and it’s a matter of patience with other people when we’ve got deliveries.

“We always say the downside is it’s going to be a nightmare for nine days, the upside is it would usually take six months.

“It’s a great turnout, we always get a great response in this part of the Midlands, everyone is really friendly.”

Anyone who would like to help out with the work on the build should email DIYSOSWestBrom@bbc.co.uk