On March 25 1967, John Hill was a 29 year old train driver and was the first man to drive an engine on the Severn Valley Railway.

John, now 78, along with other volunteers at the Severn Valley Railway are remembering the 50th anniversary of the first locomotive on the line.

The railway itself is 52 years old, but Saturday marks exactly 50 years since the railway’s first locomotive, No. 3205, steamed into Bridgnorth’s platform 2, the first train at the station since it was axed by Dr Beeching four years earlier in 1963.

The engine’s long journey from Buckfastleigh to Stourbridge began in February 1967 when it was diesel-hauled to Stourbridge and prepared to travel 30 miles, under her own steam, into Bridgnorth the following month.

Driven by Cyril Williams from Stourbridge and Mr Hill of Tyseley and, and fired by Gerry Carter, the engine steamed tender first into Platform 2 just after midday where the train crew was met by the Mayor of Bridgnorth.

The event drew crowds of thousands over a three-day celebration with the engine and two coaches making trips from Bridgnorth to Oldbury Viaduct and back.

Though the engine itself is no longer with the railway, the man who drove it is still heavily involved with the Severn Valley

Mr Hill, who now lives in Bewdley said: "I lived in Northfield near Birmingham at the time but I was a driver for British Rail based at Tasley.

"Because steam had been phased out on British Rail, I was driving diesels and when I heard about the Severn Valley Railway I sent off for membership."

Mr Hill joined the railway in 1966, and a year later was recruited to drive the 3205 into Bridgnorth station.

He said: "I was the only British Rail driver on the Severn Valley at the time so I got the job.

"It was absolutely fantastic, so many people were at the station to welcome us in, clapping and cheering.

"It was a wonderful day."

The arrival of 3205 came less than two years after the inauguration of the Severn Valley Railway Society and its arrival helped the Society meet its fundraising target of £25,000, funds needed to buy and restore the six-and- a-half mile track between Bridgnorth and Hampton Loade.

The anniversary also comes in the same month as the current round of fundraising, a £2.5 million share offer to restore and redevelop Bridgnorth Station, hit its first million-pound target, proving the enduring popularity of steam among today’s public.

Mr Hill, a father of four and grandfather of eight, recalls the excitement of the day.

He said: "The day was a real reward for all the hard work that had happened to prepare the station and track. When the engine rolled in, it really lifted everyone’s spirits and we really started to believe that we were going to get the railway back up and running.’"

David Williams, founder member and volunteer at the SVR, also remembers the thrill.

He said: "Those who were there will never forget the excitement of that first great weekend and my own fondest memory was a footplate ride with driver John Hill and fireman John Denson to Hampton Loade on 3205.

"The arrival of our first locomotive - and a main-line Great Western one at that! – was not only exciting but also a turning point in the fortunes of SVR which was just a small society at the time.

"As well as bringing us thousands of visitors, the arrival of 3205 gave people in the West Midlands reason to believe in us and really boosted membership and financial support, support which we continue to need to this day as we work to preserve precious memories of steam for future generations."

For Mr Hill, his involvement in the railway didn't end, he continued as a driver for many years and still offers up the odd day to help, though now mainly doing PR work.

He said: "When I joined back in 1966, we had nothing, no engines, no wagons, no carriages and look at us now. We're one of the top, if not the top, tourist attraction in the West Midlands.

"It has changed so dramatically, it is a fully-fledged business.

"My day has come and gone as a volunteer but I like to come back and see people that I work with.

"And it is great to see the younger generation getting involved and enjoying it."

And investment in the railway is continuing. Work is ongoing at Bridgnorth Station

Passing the £1m one million mark will help the railway to meet their target of £2.5million by the end of October this year. The share offer proceeds will be used to provide much-improved visitor facilities at the station, as well as preserving the existing station – built in 1862.

Shares in the railway are currently available to buy for £1 each, and all proceeds from this share offer are dedicated to Bridgnorth station and the railway’s ambitious restoration and development.

Full share offer information can be found at www.svr.co.uk/shareoffer or by calling 01562 757900. 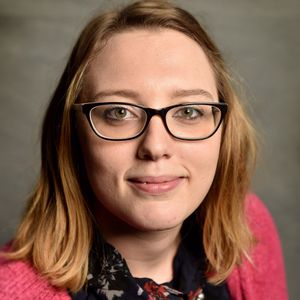 Senior reporter based out of the head office in Ketley covering the Telford area.

What the papers say – November 29