A teenage boy was pimped out to a succession of men who raped him and subjected him to appalling sexual abuse after he had run away from a Midlands children's home, a jury has heard.

And it is alleged that one of his abusers to whose home he was taken by was a former Warwickshire Police special constable.

Standing trial at the court are two men accused of acting as pimps for the boy, one when he was 14 and the other when he was 15, and a number of the men said to have raped and abused him.

They have both denied various offences of arranging or facilitating child prostitution, as well as committing sexual offences against the boy themselves, with Hussain also facing a charge of trafficking the boy for sexual exploitation.

Prosecutor Rosina Cottage QC told the jury at Warwick Crown Court: "This case involves the sexual exploitation of young males in the Birmingham area over a period of time."

She said the principal complainant was 14 and in the care when he ran away from a Midlands children's home in December 2009.

She said that Potter, a former Warwickshire Police special, also faces two charges of indecently assaulting another boy, whose complaint emerged during the investigation, in 2001-2. Those matters involved similar circumstances to those of the main complainant who was 'groomed and abused by adult males.'

The court heard that the main alleged victim ran away from a children's home in December 2009, and was missing for 11 days before being found at Kelly's home on December 20 and returned to care.

He was interviewed by the police at that time, but did not go into full detail of what had happened to him until after he had run away and ended up being pimped again.

Miss Cottage said that in the December the boy had been pimped by Kelly in the Kent Street red light area of Birmingham 'on the start of the process which saw him being groomed by adult males for prostitution and rape.'

But it was only when the investigation was re-opened that he went into the full details and revealed who had been involved.

The vulnerable youngster had failed to return to the children's home after a visit to his family, and as he was begging at New Street Station he was approached by Kelly, jurors were told.

Although Kelly invited him back to his home, they ended up sleeping rough before he was taken the following day to Kent Street where he was punched and told: "Now you're doing business."

Kelly told him to get into cars where he was expected to perform sexual acts with men, threatening to 'bang him out' if he did not do so – although Kelly denies this.

Miss Cottage said one customer was Tudor, who it was clear Kelly knew, and they went back to Tudor's home in Erdington, where it is alleged Tudor raped him in a bedroom by forcing him to perform a sex act.

Tudor, who has admitted arranging child prostitution and sexual activity with the boy, but not raping him, returned them to Kent Street where the boy again had to perform sex acts in cars, the court heard.

Miss Cottage said that was repeated over the next 10 days, with other customers said to have included Joynes and Clegg, before the boy was found at Kelly's home and returned to care.

He told a children's home worker that Steve (Kelly) 'needed locking up because he was a nasty man and should be in prison for what he had done,' said Miss Cottage.

She showed the jury a picture of the boy which she said clearly showed he must have been under 16 at the time, although Kelly claimed the boy told him he was 18.

The court was told the boy ran away from the home on more occasions, going to stay at Tudor's home in Tyburn Road, Erdington, where it was alleged Tudor raped him.

The boy was alone in Kent Street when Hussain pulled up and asked him to get in – and the boy asked to be taken to Tudor's home, describing Tudor as his dad.

On the way it is alleged Hussain pulled over and gave him cocaine before kissing and touching him before dropping him off.

It is said he was raped again by Tudor that night, after which he phoned Hussain who collected him.

"Thereafter he was rented out to men and raped by Hussain and others in return for cash and drugs. In due course he gave details to the police of some of the men who had raped him and sexually abused him." 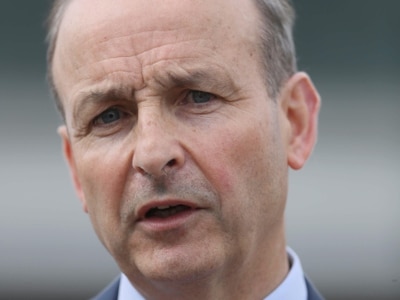