IN VIDEO and PICTURES: First glimpse of £1m restoration in chapel

Many hands are making light work of refurbishing a Black Country chapel which is almost ready to throw its doors open to the public.

Lye and Wollescote chapel, near Stourbridge, had been closed for more than 20 years, after falling into disrepair.

Community campaigners had long hoped to see the imposing building in Lye and Wollescote Cemetery restored to its former glory.

And after a funding bid to Heritage Lottery Fund was successful, workers are now busy on the painstaking overhaul.

The Grade II Listed chapels, off Cemetery Road, Lye, have been a hive of activity over recent months.

Final preparations are now being made to showcase their work to the public during an open day on Saturday.

West Midlands Historic Buildings Trust, which owns the building, wants to show the public to see the results of the specialist heritage conservation team.

The trust has raised over £1,150,000 to fund the cost of the project which will safeguard this Victorian landmark.

The project centres on creating a suite of facilities for use by Dudley Council Citizenship and Registration Services.

A grant of £1,025,000 from the Heritage Lottery Fund has provided the majority of the funding, with the remainder from a number of smaller backers.

Now conservation teams have given the Express & Star access to the chapel ahead of its opening to see first hand work being carried out.

Workers from Croft Building and Construction have been busy restoring doorways at the chapel in need of improvements.

Some doors have needed to be completely replaced but several have been restored to ensure original doors were retained.

Site manager Andy Hutchings showcased work in the basement, where bodies used to be kept, which has now been transformed into a storage room.

Meanwhile replacement glass has been installed in all stained glass windows at the chapel.

And even the chapel's weather vane has been restored.

It had jammed after the mechanism had worn away but is now back in full working order.

The project was transferred by Dudley Council into the hands of the trust to take over the previously dilapidated red-brick buildings.

Trust members have spent more than 10 years developing the scheme proposals which has seen fundraisers, architects, specialist heritage contractors and community workers bring the building back into use.

The trust will lease back the converted chapel offices and events space to the council's registrar for public use.

Group chairman, John Woodall, said he was delighted with the response from the public so far and was happy to be able to allow people to see the work.

"This project has been made possible by fantastic community support and determination over many years," he said.

"As the work on site is nearing completion, this is an opportunity for my fellow trustees and members of the project team to welcome local people and those interested in the region's historic buildings to drop in and view the revival of this important historic building that has been carried out using traditional heritage construction skills."

The chapels will be open to the public from 10.30am to 1pm on Saturday.

Meanwhile Carolyn Healy is establishing the Friends of Lye and Wollescote Chapels group and is hosting a public meeting on Thursday.

She is urging people to join up to safeguard the long term future of the site following the restoration.

The meeting will be held at Stambermill House, also in Cemetery Road, between 6.30pm and 8pm.

"When I first went inside the building a year ago it was half burnt out and it was a wreck," she said.

"To see it now after the work so far is just fantastic.

"They are keeping these skills alive.

"It tells the story of Lye though the ages including the Industrial Revolution.

"We want to get more people involved." 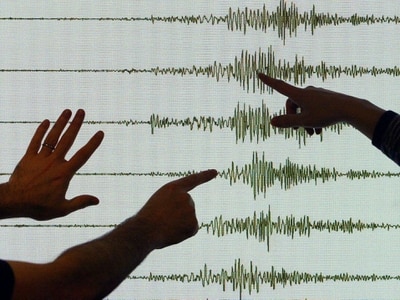