Was Powell speech just a river of lies?

Almost 40 years ago Enoch Powell told the then Express & Star editor Clem Jones that he was about to make a very special speech.

A Wolverhampton widow was the inspiration for Enoch Powell's "Rivers of Blood" speech. But as the 40th anniversary of the speech approaches, Peter Rhodes asks - was it all simply made up?

Almost 40 years ago Enoch Powell told the then Express & Star editor Clem Jones that he was about to make a very special speech.

Powell compared it to a firework. But while the sparks from an exploding rocket usually fell back to earth, the Wolverhampton MP said these sparks would light up the sky for a long time.

He was right - 40 years on, everyone knows about Enoch Powell, his "Rivers of Blood" and his story of an English lady tormented by immigrants.

But today comes new evidence. It suggests the most controversial speech in post-war British politics was a web of lies, involving a vulnerable, mentally-ill woman, Druscilla "Trudy" Cotterill.

* A friend says Mrs Cotterill could not possibly have suffered as Powell claimed.

* Mrs Cotterill's next-door neighbour insists there were no racist incidents in the street.

If anything, as he chatted with Clem Jones in 1968, Powell underestimated the power of his speech which was delivered to Conservative Party faithful in Birmingham's Midland Hotel on April 20.

His language was vivid and unkind. He talked about the black man getting the whip hand.

He referred to an English widow being followed through the streets of Wolverhampton by "wide-grinning piccaninnies."

After the speech Powell was sacked from the Shadow Cabinet by Tory leader Ted Heath.

He served at Westminster for a few years as an Ulster MP, was denied a peerage and died 10 years ago.

But throughout the "Rivers of Blood" debate, one question was unanswered.

Who was the widow whose alleged treatment at the hands of immigrants inspired the speech? Powell always refused to name her.

By a process of elimination, Burgess came up with Brighton Place, in the MP's old constituency of Wolverhampton South and close to his former semi-detached home.

The only woman fitting Powell's description was Druscilla Cotterill, who died in 1978.

But in a new investigation Burgess says the MP was "dealing in trumped-up hearsay" when he alleged Mrs Cotterill had suffered racial abuse. That allegation is supported by two of Mrs Cotterill's former neighbours.

Colleen Moore, now 70 and living in Wales, lived with her family in Brighton Place. She says she never believed Trudy Cotterill, who had a drink problem, suffered any abuse.

"The families from Jamaica were lovely. We got on very well. They were warm-hearted people and we had nothing but friendship from them."

"She was a sad, poorly little person, often in tears. She had been sectioned several times."

Another neighbour, George Garwood, of Goldthorn Park, Wolverhampton, grew up with his deeply-religious West Indian family who lived next door to Mrs Cotterill from the 1950s to the 1970s.

"In all the years I lived there from the age of 11 until an adult, there was never any trouble, never any racial abuse," he says.

"There was no racial hostility displayed to anyone in Brighton Place, least of all to Mrs Cotterill. Those were days when people behaved civilly towards each other."

"We were Christians and it was a very friendly place. I don't recognise what Powell was talking about."

Mr Garwood, a teacher currently working in Florida, says Enoch Powell's reference to a telephone is a clear fabrication.

"I don't believe anyone had phones then. Certainly Mrs Cotterill didn't have one," he says.

"Burgess is way off the mark even to suggest that it was Mrs Cotterill who had those terrible things done to her."

Even his enemies admitted that Enoch Powell was a hugely intelligent man. Would he have risked his career on making a speech based on fantasy?

There are certainly inconsistencies in his account. Why, for example, would Powell's "wide-grinning piccaninnies," presumably West Indian children, not speak English?

"It is ridiculous," says Colleen Moore. "None of the children spoke anything except English."

Interestingly, the MP's credibility had been called into question before his infamous speech. Express & Star editor Clem Jones believed Powell was a sucker for National Front propaganda.

The MP had repeated the NF claim that a Wolverhampton mother was worried because her little daughter was the only white child in the class.

The editor ordered his reporters to check virtually every school in the constituency to find either the class or the child.

They drew a blank.

Was the suffering of Powell's mysterious widow just another fantasy? George Garwood, Colleen Moore and Simon Burgess all believe so.

"If such a pensioner exists, it might be someone else - not Cotterill," says Mr Garwood.

"Then again, it might just be a figment of Powell's imagination.

"It is a slander on a dead woman's memory, and an affront to all decent folk like my parents and me who once lived in Brighton Place."

The speech in full:

"Eight years ago in a respectable street in Wolverhampton a house was sold to a negro. Now only one white (a woman old-age pensioner) lives there. This is her story. She lost her husband and both her sons in the war. So she turned her seven-roomed house, her only asset, into a boarding house.

"Then the immigrants moved in. The quiet street became a place of noise and confusion Regretfully, her white tenants moved out. The day after the last one left, she was awakened at 7am by two negroes who wanted to use her phone to contact their employer. When she refused, as she would have refused any stranger at such an hour, she was abused and feared she would have been attacked but for the chain on her door.

"The telephone is her lifeline. She is becoming afraid to go out. Windows are broken. She finds excreta pushed through her letter box.

"When she goes to the shops, she is followed by children, charming, wide-grinning piccaninnies. They cannot speak English, but one word they know. 'Racialist', they chant." 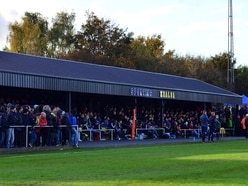