Wolves legends and TV soap stars showed off their skills in a charity football match which raised £10,000 for local causes.

The line-up included former Wolves players including Seyi Olofinjana and Shane Tudor, with the team managed by Mel Eves.

While the celebrity team included Coronation Street's Alan Halsall and Joe Gill from Emmerdale among the familiar faces from Hollyoaks.

Despite the grey skies and heavy downpours, the fans were out in force to cheer on their favourite stars. 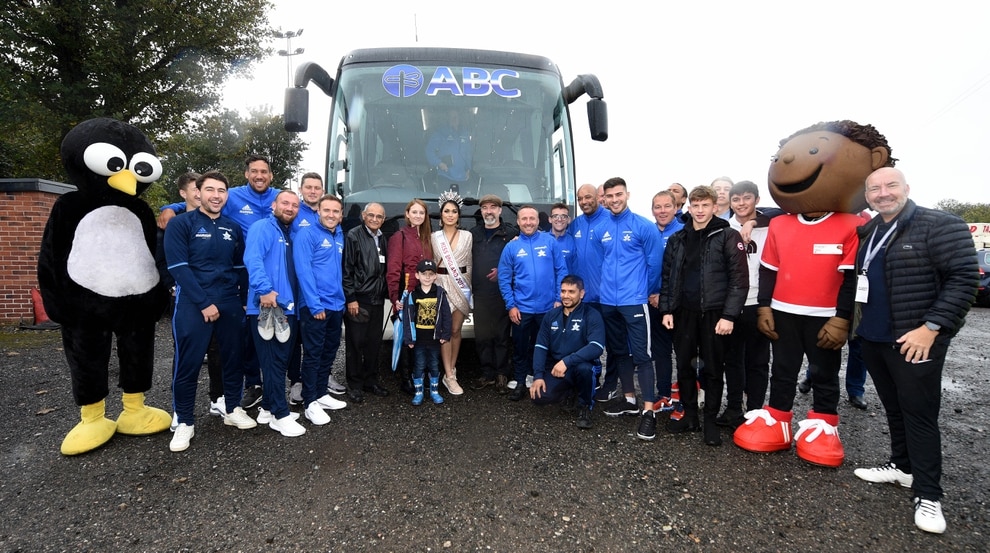 Competition winners Nikki Fitzmaurice, Rob Fitzmaurice and Ethan Dickens, aged 5, from Bentley, centre, who won the chance to have their picture taken with the TV stars and Miss England Bhasha Mukherjee 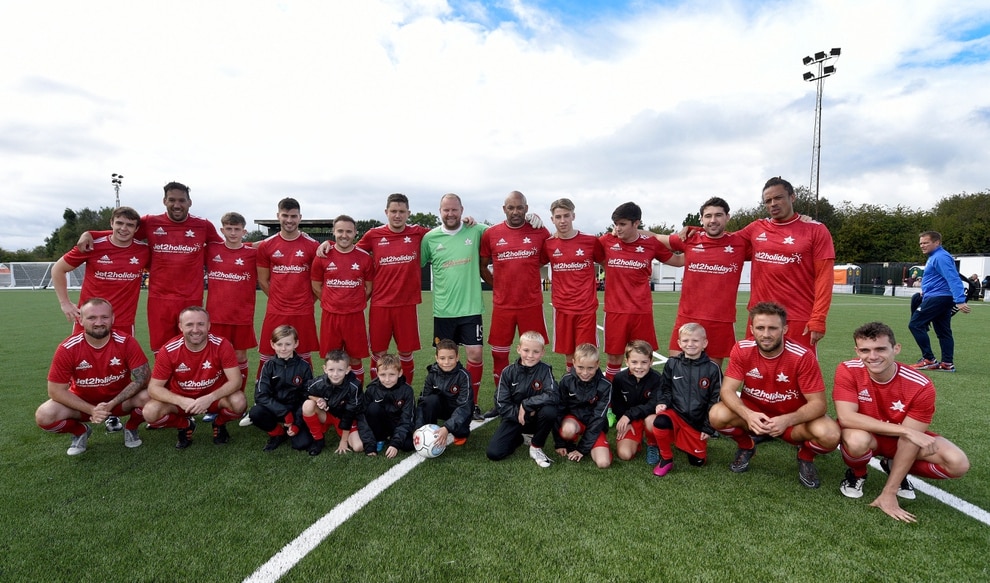 One of the teams lining up ahead of kick off 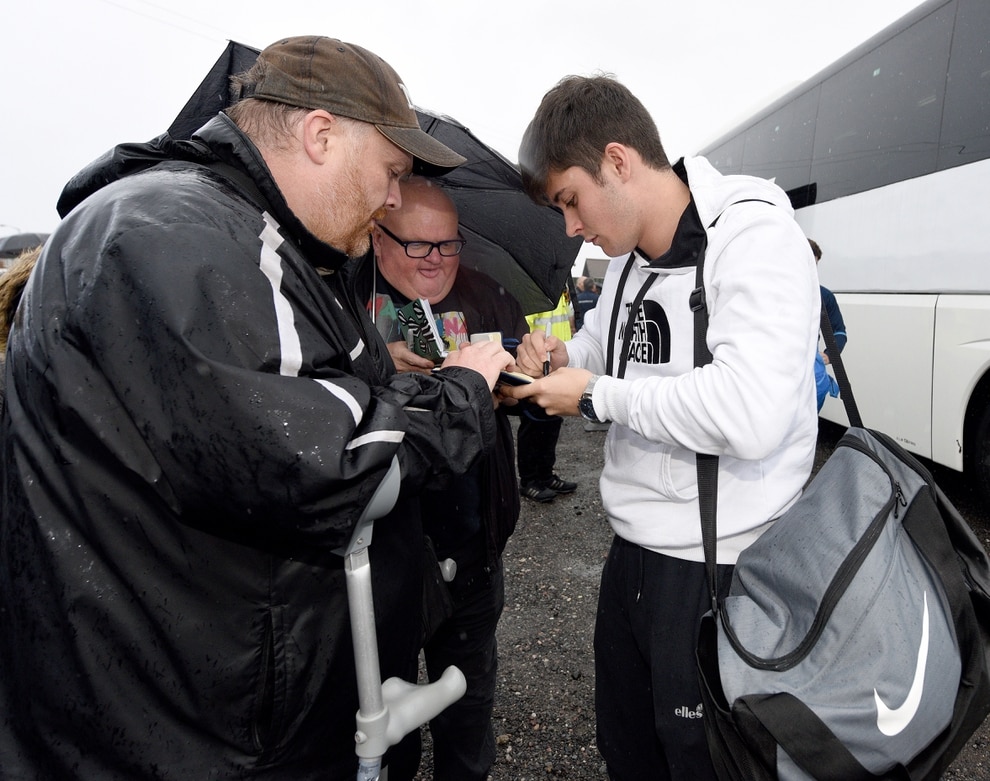 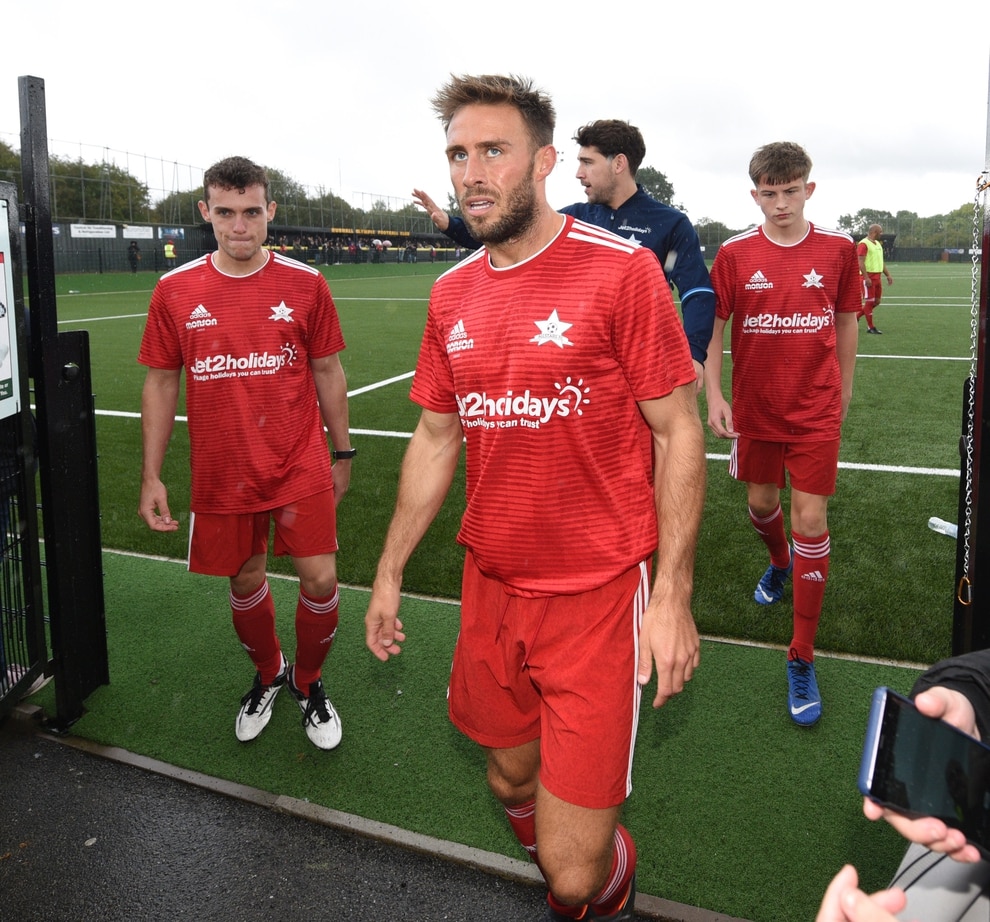 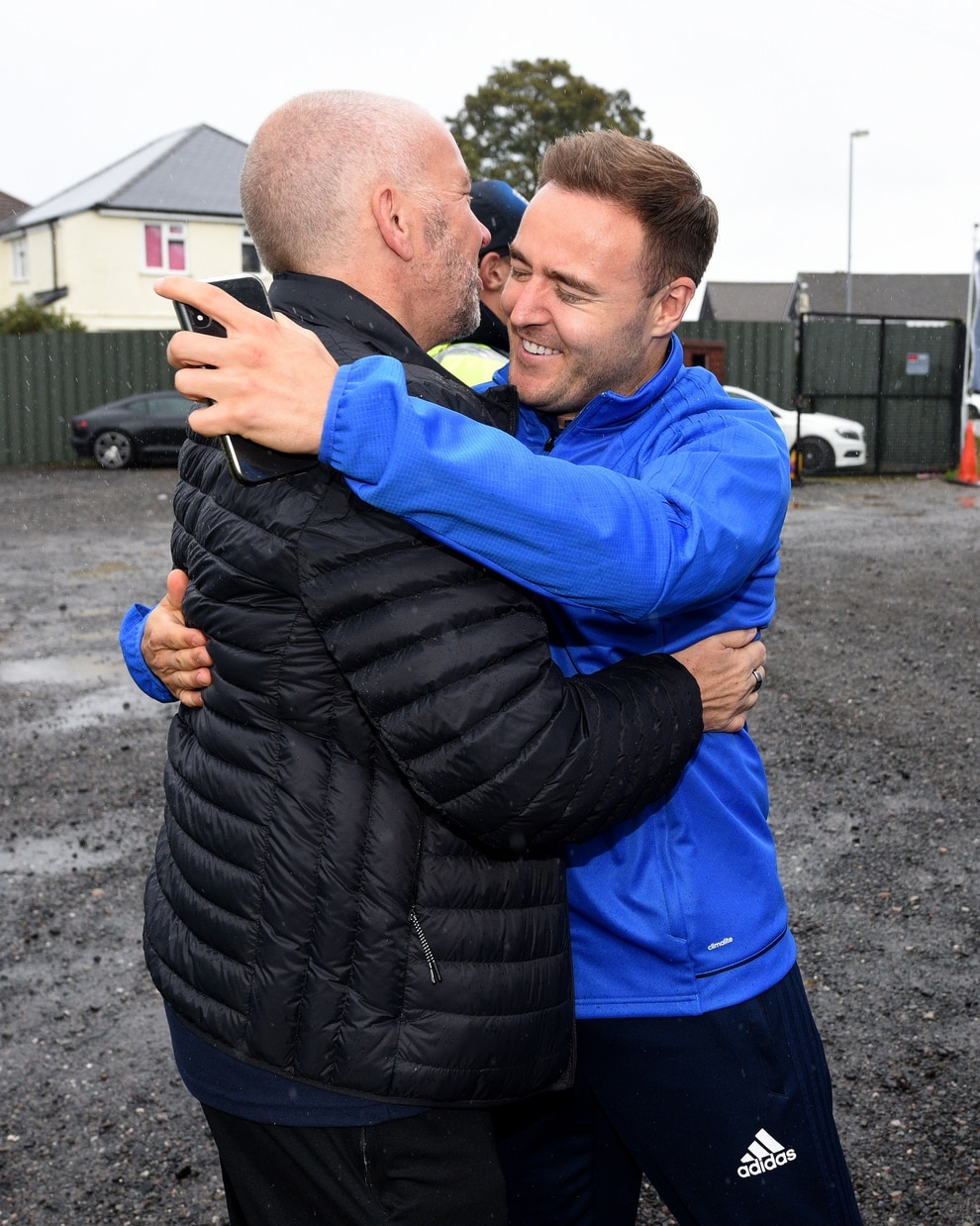 One of the keenly contested matches Sue Mason, aged 31, from Cannock, who was at the match with her family, said: "It's exciting to see the people you watch on the TV every night in real life, especially in Walsall.

"You don't see that everyday!

"It's great that it's all in support of charities that help local people too, so it feels good to give something back while having a day out."

In between the two matches, the sun managed to break through the clouds just long enough for the cheerleaders, who took to the pitch and performed daring stunts wowing the crowds.

Money raised on the day will be donated to a number of causes including The White House cancer support, Alzheimer's and dementia support, The MASE group and Walsall Street Teams, who educate young people in Walsall on the risks of exploitation.

Alistair Rowland, from The Midcounties Co-operative, said: “Teaming up with well-known faces from some of the nation’s favourite soaps is a great way of raising awareness and much-needed funding for the many charity partners we support in the Black Country.

“We’re committed to supporting a range of causes across the communities we operate in with exciting and new fundraising initiatives and are hoping to raise thousands of pounds through ticket sales.

"These funds will enable each of the charities to continue the fantastic work they do for vulnerable people.”

Another star who came along to the charity match was Miss England 2019, Dr Bhasha Mukherjee.

She said: "I'm here with Professor Gatrad founder of World Against Single Use Plastics to raise awareness of this cause and also support the other charities here today.

"Part of my ethos is beauty with a purpose so it's great to be able to spread these positive messages to children and families here today."

The celebrity team lost 6-0 to the Midcounties Co-operative team, while the Wolves Veterans team won 3-1.

Fans of the celebrities also got a chance to meet them, take selfies and get autographs after the match.