Based on T.S Elliot’s Old Possum’s Book of Practical Cats, this musical is newly released for amateur performance, even though it has been seen by over seventy-five million people worldwide during its thirty-eight-year run on the professional stage.

The original cast, which included stars such as Elaine Page, Bonnie Langford, Sarah Brightman, Brian Blessed, Wayne Sleep and Paul Nicholas, set the bar extremely high back then, in this magical fusion of song and dance

Having seen the show in 1981 in London, it was one I will never fur-get and as every professional production since has delivered on much the same level, I wondered how would an amateur version of the show fair? 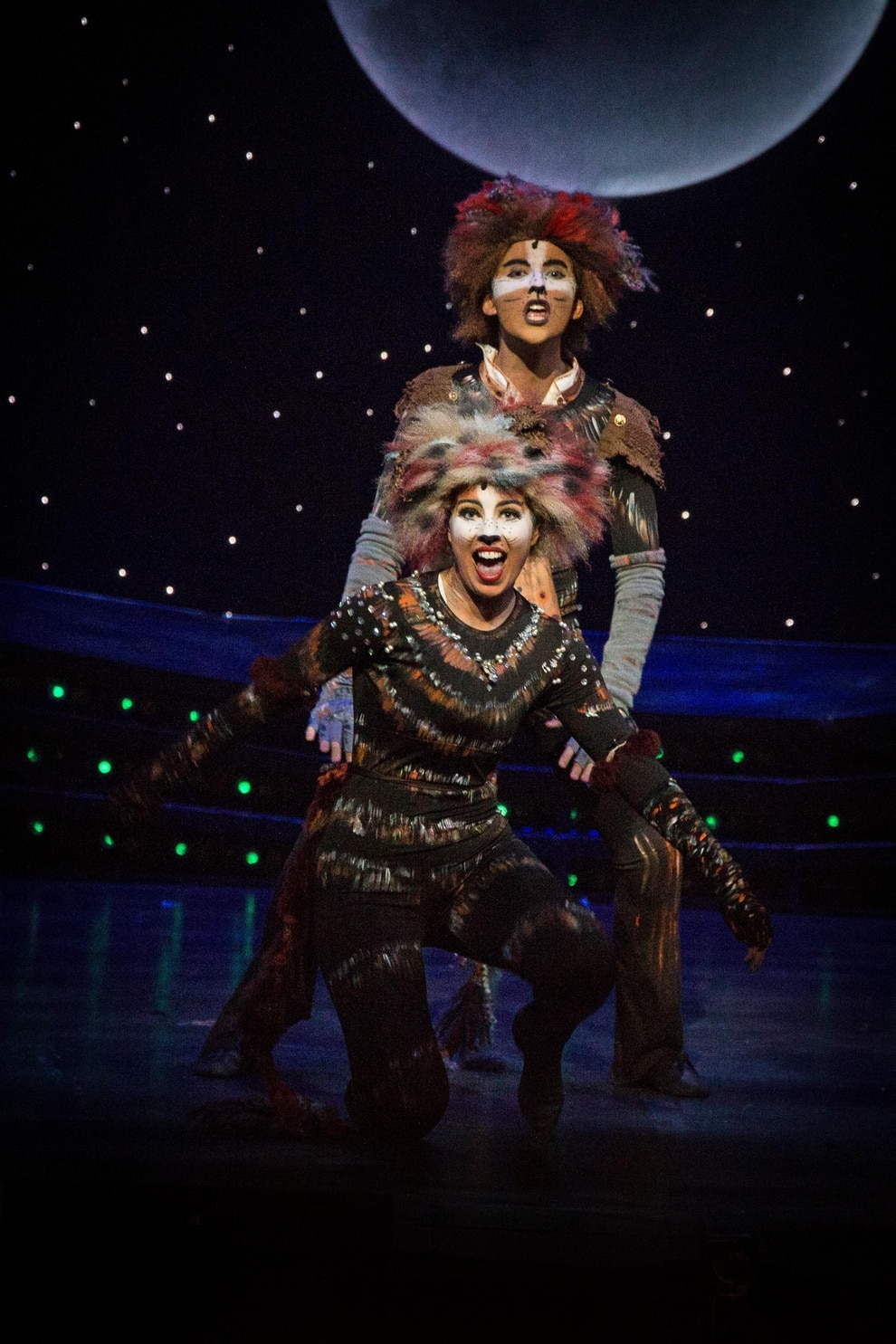 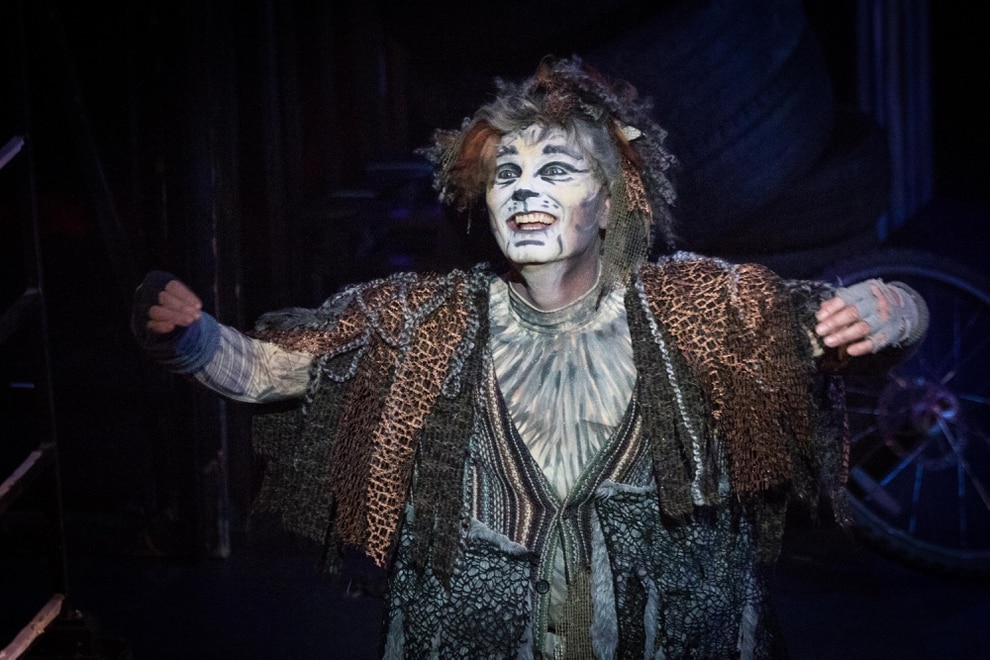 On the whole, very well.

With a stage filled with felines, the show tells the ‘tails’ of a selection of cat characters, before the oldest and wisest cat, Old Deuteronomy, chooses a cat to visit the heaven-side layer and be reborn.

Tim Jones offers a seasoned performance in this role with outstanding vocals and a perfect portrayal of this aged Tom. Experience shows, and this is one of my favourite roles I have seen Tim play.

Probably the most memorable song from the show is Memory, in this case sung by Tasheka Coe. Her performance as Grizabella sent shivers down my spine. It’s a role in which many a diva has sung in the professional versions of Cats, including Wolverhampton’s own Beverley Knight. Of course, it was originated by Elaine Page, but Tasheka certainly gave them all a run for their money, with her impressive vocal range and superb characterisation.

George Stuart’s performance as Skimbleshanks the Railway Cat was highly entertaining, funny and an inspired piece of casting, while Martyn Davies treated us to some excellent acrobatic moves as Mr Mistoffeles.

Matt Evans as Mungojerrie and Beth Logan as Rumpleteaser oozed comedy timing and fun and I adored Claire Flavell and Niamh Allen’s number, where Harry Simkin’s strong dance technique and roguish personality owned the role of the villainous cat, Macavity.

But, for me, Nick Sullivan as Gus the Theatre Cat and Fiona Winning as Jellylorum completely stole the show. Fiona’s crystal-clear vocals, total commitment to the feline movements of her character and obvious connection with Gus were exceptional, while Nick’s portrayal of this old actor cat was emotional, sentimental and simply delightful. They brought a tear to my eye.

The skills required to perform Cats at the professional level need to be unrivalled of course, with the key factors being excellent ballet technique, stamina and flexibility; skills which only come with professional training, gym work and constant rehearsal.

This amateur cast executed Claire Flavell’s effective choreography to the absolute best of their ability and so we should not compare an amateur version to previous professional productions. But, in my humble opinion, there are certain professional shows which amateur companies should steer clear of, just because of the complexity and standard of skills required to execute them.

Cats is one of those musicals, largely because of the dance content, but well done WBOS for taking the chance and giving it your all.

Moving on, the attention to detail in the costumes for the show, courtesy of local costumier, Laura Leo and her team is second to none, with every single cat in a different outfit and yet all blending together to create a wonderfully feline feel.

Similarly, the wigs and makeup where equally as eye-catching and there was no doubt that every member of this litter had put in the hours to ensure the transformation from human to mouser was unique and completely individual.

The scenery was functional but created the scene of the junkyard in which the show is set to the very best effect. That also meant however that the lighting was of paramount importance. Luckily, said effects were both atmospheric and striking and depicted the cats’ habitat so well that that you could almost hear the meows and cat calling.

So, all in all was I happy with the outcome? Are you kitten me? It was the cat’s whiskers.