This is a film that all lovers of comedy should see, especially our younger generation who have yet to be touched by the genius of Laurel and Hardy.

Stan and Ollie offers a touching insight into the lives of Englishman Stan Laurel and American Oliver Hardy.

Steve Coogan and John C Reilly play each character brilliantly, giving us a picture of their relationship – as friends and stage partners – both on and, equally as important, off stage. That is a big part of the film and makes it both a sad and happy movie.

We see the creative geniuses of Laurel and Hardy for their simple and yet entertaining stage performances. Who knew a sketch involving two doors at a railway station could be so funny, when Laurel and Hardy keep walking round in circles trying to find each other? It is slapstick comedy at its finest and arguably funnier than a lot of comedy today.

This is the magic of early 20th century Hollywood and it is nailed in Stan and Ollie.

The film is sad because it mainly focuses on their final tour when their careers draw to a close. At this stage Laurel and Hardy are older but still have their magic. Yet their tour of theatre houses in 1950s Great Britain and Ireland is under-whelming.

Their performances are classic but the venues are below-par with many empty seats. This is part in thanks – or, no thanks – down to their tour co-ordinator.

However, after a tiresome schedule involving PR work their shows begin to sell-out and eventually they make it to their desired destination, London.

Here the strains of their hectic schedule take its toll. We see Laurel and Hardy trade verbal blows for mistakes they’ve made in the past – namely going their own ways for some time.

This is ignited by Laurel’s sparky Russian wife Ida who makes an off-hand comment.

It looks like the pair are through as stage partners after this. Hardy then suffers a heart-attack at a public appearance and announces his retirement.

But the pair make up and Hardy, despite promising his wife not to perform anymore, decides to continue with the tour. Their friendship pulls them together.

Through their clever wit and charm, Steve Coogan and John Reilly make Laurel and Hardy lovable characters. And this is why the film is ultimately a happy one and a celebration of Laurel and Hardy’s legacy.

Their final performance in Ireland makes for an enchanting scene.

Despite Hardy, who is overweight, suffering from serious fatigue, they perform a final dance to piano music with female vocals and it is captivating in a gentle way.

It is almost as if their warm souls are captured in time with the bright-showbiz lights beaming down on them, while dressed in their trademark black bowler hats.

At the end we learn Hardy dies from health problems after his return home. Laurel keeps on writing comedy but vows not to perform with another stage partner.

Younger generations may not know much about Laurel and Hardy beforehand, but we find out who they are here in Stan & Ollie thanks to Cougan and Reilly’s brilliant acting. 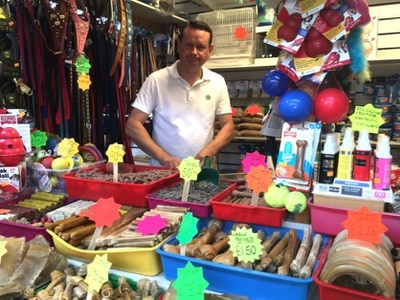