From Sparkhill to Seoul: How an unsigned Birmingham band cracked Korea

'From the moment we arrived at the airport, we knew that we were in for an interesting week'.

The Birmingham band just had a once-in-a-lifetime experience travelling to Korea, being welcomed by screaming fans as they disembarked the plane and playing sold-out shows for their adoring supporters.

It was a big experience for a band - brothers Michael and Jack Warnock, and Ryan Trott, all from Sutton Coldfield, Will Clews from Solihull and Longbridge's Tom Rushton - who are relatively unknown even in their home city, and there was a surprise waiting for guitarist Tom too.

"We walked down the exit corridor to the sounds of girls calling our names - people we had never met before calling us out from afar.

"Once we finally reached our fans we were given many gifts including a ring made personally for Tom with his name and Karkosa engraved inside.

"We spent so much time talking and taking photos that we actually missed the taxi which was supposed to bring us to the hotel. We were waiting around at the airport for a while but it was all worth it for such a moment."

They were there for a week from October 1 to 7 to play a couple of gigs including at Zandari Festa in the capital Seoul.

Their Korean adventure came courtesy of an explosion of interest via Instagram, as Michael explained when they appeared on the unsigned page of The Ticket back in June.

One Korean influencer took a shine to Karkosa and promoted their music, leading them to where they are today.

After exploring Seoul and the surrounding area it was time to show Korea what they could really do on-stage.

The reaction was surreal, with the band being showered with gifts by their fans.

"October 3 was a big one," Michael continued, "our sold-out show at Club Sharp. The gig sold out the week before in six minutes! This was the first time we had ever sold out a gig, even in our own hometown.

"There was an element of pressure considering this would be the first time our fans would see us live, and also the first time we had ever played to a huge audience who knew who we were.

"The gig, however, was incredible. It was tiring, emotional and so sweaty to the point where I felt like I was playing the guitar in a shower. It was all worth it for the unbelievable experience we all had.

"We concluded the show with a meet and greet which lasted almost two hours, but it was so nice to meet each individual fan who had come to watch us and show their support. We all went to sleep happy yet worn out that night."

And they caused quite a stir with their set at the Zandari Festival on October 5, too.

"We weren’t too sure if we would top Wednesday’s gig based on how astonishing it was. We turned out to be very wrong about that.

"Our performance at Zandari was just as good as Club Sharp. There were many rows of girls and a few guys right at the front of the venue ready to see us.

"The room wasn’t packed, however as our set went on the room slowly started to fill up as apparently word was going around of Karkosa and their crazy fan base at the front having a blast.

"Once again our expectations had been exceeded. We put on another meet and greet for fans which went slightly more smoothly considering we sort of knew what we were doing this time. It was a great day which, once again, we will never forget."

When Sunday came it was time to return home, but their Korean fanatics had one more surprise for them.

"We were greeted with fans at the airport for one last hurrah until we eventually waved them goodbye.

"This trip changed our lives in a crazy way. Settling back down to normal life has been strange but it’s always nice to be back home.

"Time will tell in regards to what will happen next for Karkosa but for now I just want to say a big thank you to all the fans who made this such an unbelievable experience - and thank you Seoul for having us."

Karkosa are settling back into British life and have a couple of local shows lined up for fans closer to home.

They play The Flapper in Birmingham on November 16, before putting on a show at The Shrewsbury Coffee House on November 17. 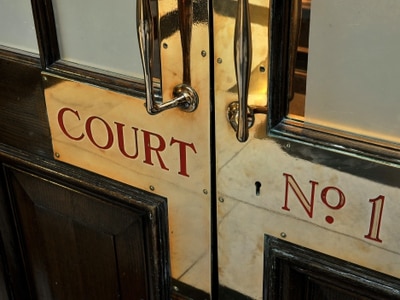