A new survey by Twycross Zoo has revealed that only 5 per cent of young people can name all four of the great apes – their closest living relatives in the animal kingdom.

The survey revealed that less than one in ten children could accurately name all four of the gorilla, chimpanzee, orang utan and bonobo – but this rose significantly when compared to their knowledge of dinosaurs.

Nearly all (92%) of children could confidently identify a Tyrannosaurus Rex, more than half (60%) could name a Triceratops and 58% of children recognised a Stegosaurus.

The survey highlighted the lack of awareness around great apes among the younger generation.

Less than half (47%) of those surveyed could correctly identify a chimpanzee, while less than one in ten children (6%) could name a bonobo.

Neil Dorman, Curator of Twycross Zoo said: “The results of the survey highlight the pressing need for greater knowledge and awareness about the four great apes – particularly among the next generation.

"It’s so important for them to know more about these incredible creatures and how closely linked we are to them as humans.

“We share a staggering 96% of our DNA with the great apes, and around 98% with bonobos specifically – our closing living relative. It is shocking to see that only six per cent of children surveyed could correctly identify a bonobo, so little is known about them.

“Twycross Zoo is the only zoo in the UK to house all four great apes – all of which are classed as either endangered or critically endangered.

"It’s never been more important to teach children and young people about the critical issues facing great apes, and to inspire them to help us safeguard their future.

“From climate change and deforestation to the loss of natural habitats – the planet is now facing a sixth extinction crisis.

"It’s evident that great ape populations in the wild face a precarious future and that’s why we’re committed to conservation projects both here in the UK and internationally.

"We want to motivate all young people to join us in our efforts to preserve and protect great apes for the next generation and beyond.”

This May half term, Twycross Zoo is running its first-ever Wildlife Warriors event, an interactive trail which calls upon young conservationists to learn about the everyday actions we can take to help protect the natural world.

In line with government guidelines, all indoor areas at Twycross Zoo are now open, allowing guests to enter the Zoo’s award-winning indoor animal habitats. Visitors can discover more than 500 animals from 125 different species across the 100-acre site. 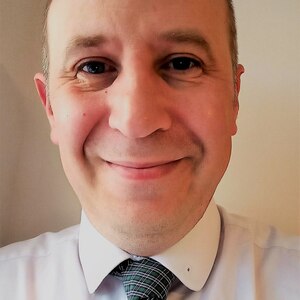 Features writer and news reporter covering Shropshire. Got a story? Get in touch at matthew.panter@mnamedia.co.uk.

Cost of living | 3 hours ago

MPs fearing the worst after horrendous start to PM's premiership

19,000 people across Stafford left without power after "major incident"

Peter Rhodes on cloning wolves, destroying pipelines and getting egg on your face

Two arrested on suspicion of murder after man, 52, stabbed to death during brawl

Plan.com expands with acquisition of Telford firm and opening of new office

Tyres deflated on around 60 SUVs in Edinburgh overnight, campaigners claim