A dog’s dinner! Meet the Shropshire company featured at this year's Crufts at Birmingham NEC

From lamb hotpot and braised beef to chicken casserole and turkey fricassee – they all sound like home-cooked meals many of us enjoy with our families. Charlie trying out one of the recipes! 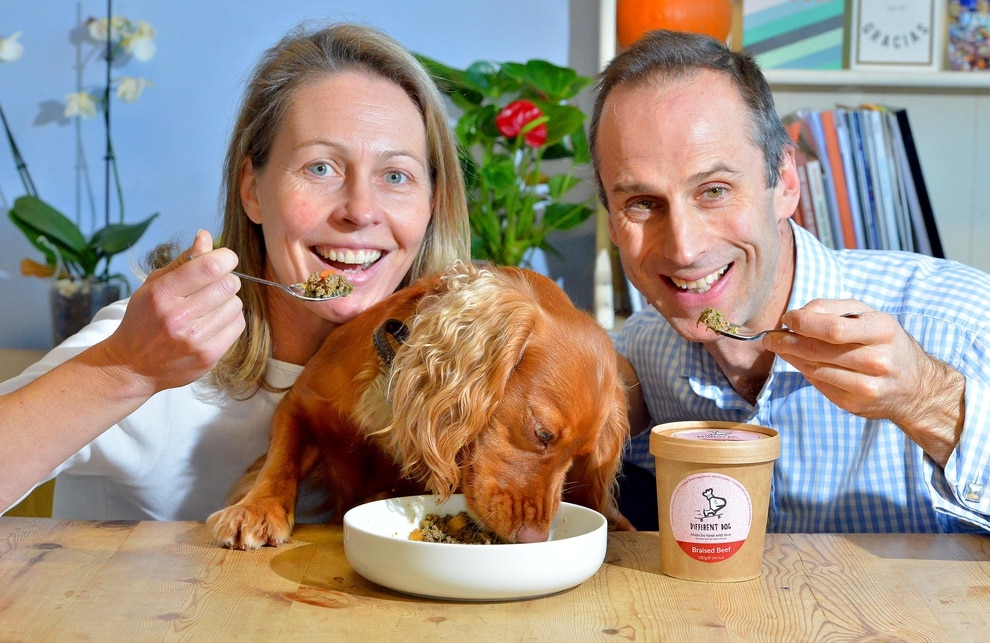 Alex Thurston and Charlie Thurston with there dog Crumble, tucking into Braised Beef 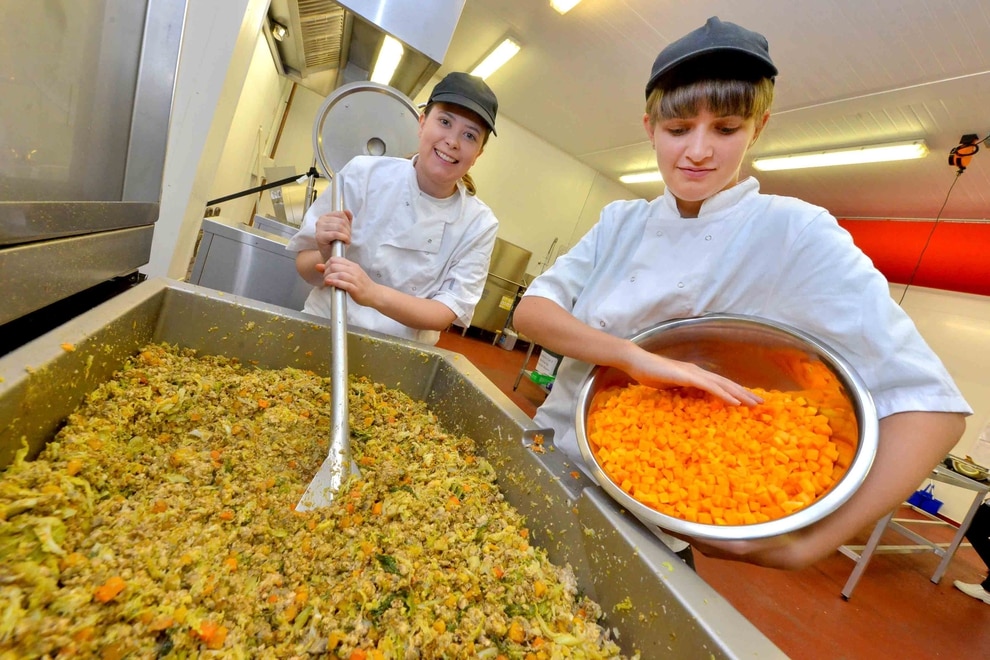 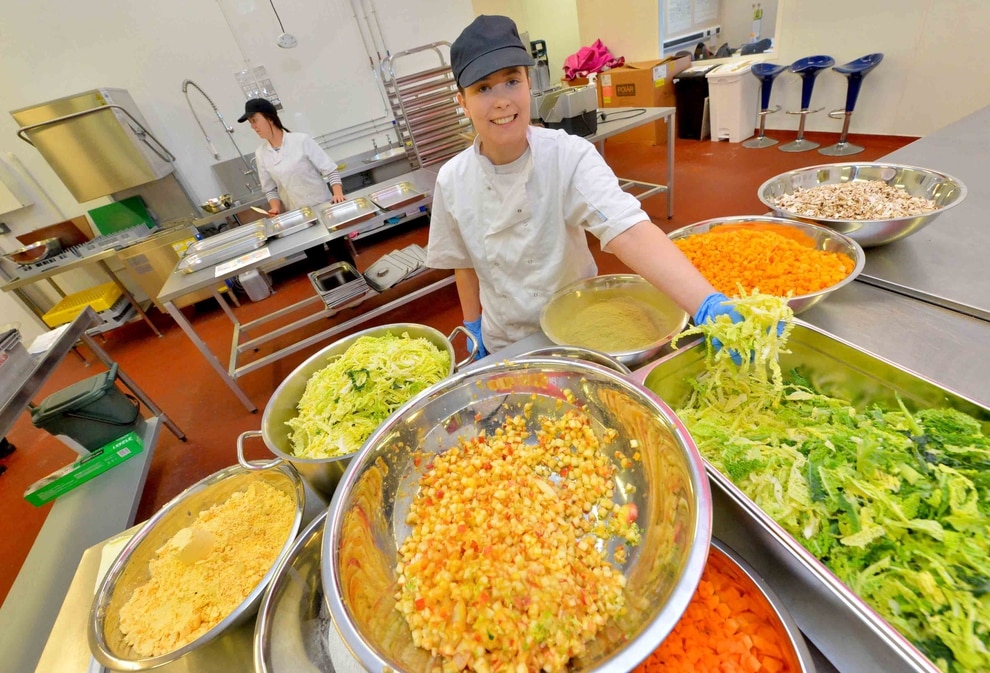 Dogs that get food posted get personalised labels 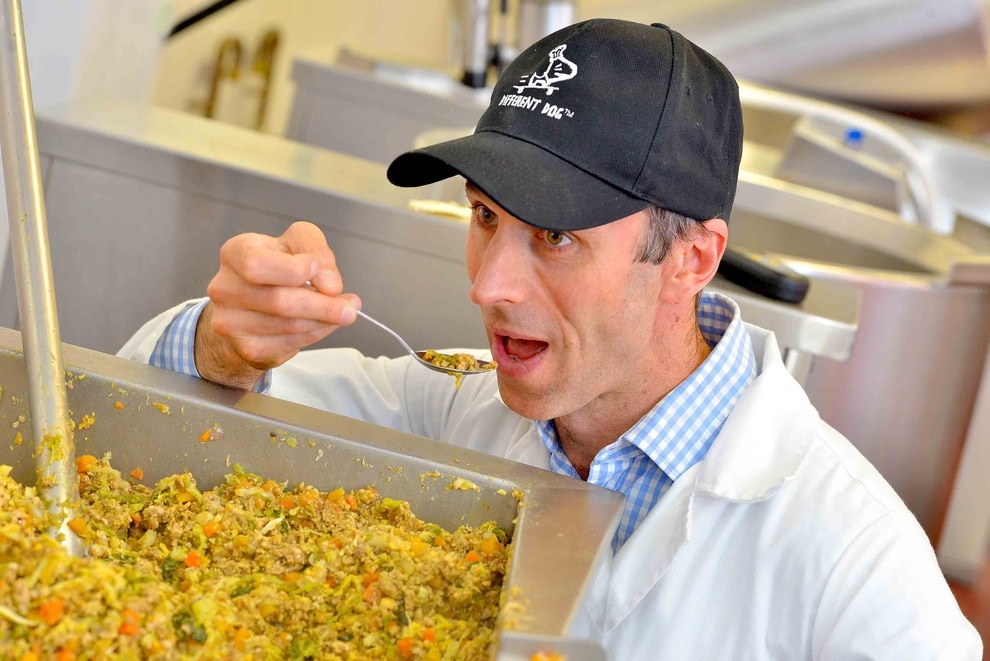 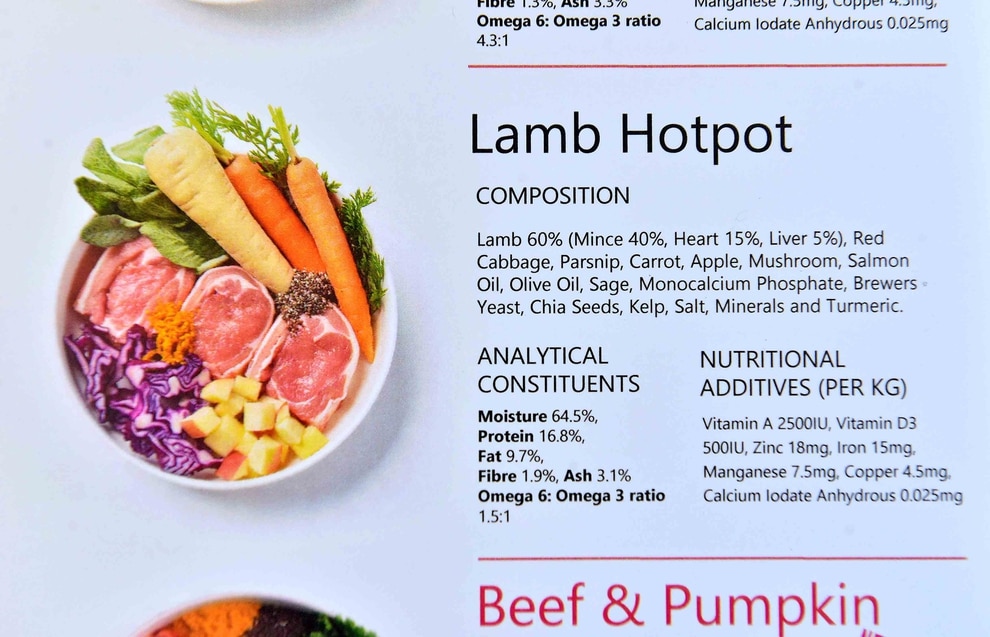 And that’s exactly what they are except the diners tucking into these tasty dishes have a furry coat, four legs and a wagging tail.

Different Dog was set up by husband and wife team Charlie and Alex Thurstan who feel that our canine friends deserve better than the processed food we commonly buy in supermarkets.

And they are so proud of the meals they produce and confident of their nutritional benefits that they taste test the food themselves.

After working in the pet industry for four years and seeing the processes most dog foods go through before ending up on shop shelves, Charlie became concerned about the nutritional value of what he had witnessed being produced.

“I used to work at Pets at Home as their head of food. I would meet suppliers and tour the factories where processed food was being made.

“I saw what went into it and the processes used to cook it. It’s cooked at incredibly high temperatures and pressure to sterilise it and give it the two-year-shelf life so it doesn’t need to go in a fridge.

“Then they spray it with things to make it tasty so the dog will want to eat it. I was pretty horrified by all this and it really didn’t feel the right way to feed a dog.

“I give my children processed food like crisps and biscuits but I also give them fresh fruit and vegetables, so they have a balanced diet.

When the couple got their red working cocker spaniel puppy Crumble they decided they didn’t want her to have long-life dry and tinned food.

They felt feeding her this was totally inconsistent with the way they fed and valued good food for themselves and their three children.

So they decided to make their own food for Crumble by hand at their kitchen table before realising that they could try to help other dogs.

“Two and a half years ago, I left my job to set up our natural dog food business. We hired a vet and a nutritionist and it took 18 months and 150 different recipes to get it right,” says Charlie.

They tried their recipe out on the now two and a half year old Crumble and their friends dogs – and the clean bowls said it all.

“It all came from a deep-seated conviction that dogs aren’t being fed in a particularly healthy way. It’s not giving them everything they need.

“If you go back 50 to 100 years, dogs were probably eating a lot more healthily yet more is probably known about health and nutrition now. The processed dog food business has never changed.

“There is a hidden market out there and that is the number of people who cook for their dog at home.

“If someone goes to Lidl or Tesco and buys five chickens and a bag of rice, the supermarket isn’t going to know it’s for their dog. We found out that 40 per cent of dog owners actually cook their own food for their dogs,” explains Charlie.

Each recipe is made from 60 per cent fresh chicken, lamb, beef or turkey, which comes from a Market Drayton farm that also supplies pubs and restaurants, along with seasonal fruit and vegetables, herbs, oils, superfoods, vitamins and minerals.

It’s ‘gently’ cooked in small batches in a pan and then frozen before being delivered to homes and stockists around the country.

“The best comparison is that it’s the same method you would use to make a spagetti bolognaise at home – the meat and the vegetables go into the pan and then it’s cooked gently to preserve the vitamins and minerals,” says Charlie.

When a customer receives a delivery it arrives with the dog’s name on the box and the name of the chef who made the meal on the dish.

“We get to see what the dogs’ names are and it’s very interesting because they seem to be having more human names as people see them as part of the family and not just an animal,” Charlie tells us.

Each order is made up according to the dog’s weight, age and activity level so they can ensure they are getting the correct number of calories.

The team, which includes placement students and graduates from Harper Adams University, introduces a new recipe to their menu every week to provide plenty of variety.

They also make a seasonal specials such as their beef and pumpkin for Halloween and their Christmas offering - Festive Feast – which features turkey, cranberry, sage, red cabbage and parsnips.

“Every new recipe is sent off to the lab so we can make sure the level of vitamins and minerals is right before it goes on sale. It’s a completely balanced food so it can be a dog’s sole diet.

“A lot of customers do use it as a ‘topper’ though so their dog might get 75 per cent of its calories from a dry food and then 25 per cent from Different Dog. It’s like having one type of food for lunch and another for tea.

“It makes a balanced diet and they are getting a fresh hit of natural goodness which makes it more interesting for them. Our dog Crumble only eats Different Dog and she’s the picture of health.,” says Charlie.

The business launched late December 2017 and began trading in March last year. People can sign up to a subscription service and there are natural treats and gift hampers available. The food is also available to buy from around 30 shops around the country.

“The response from customers has been great and you realise just how passionate they are about their dogs.

“People tells us their their dog’s coat has improved and they have more energy. Some say it has given their dog a new lease of life and that at meal times they dog is more excited about their food than they have been before,” says Charlie.

The business, based at the Shropshire Food Enterprise Centre in Shrewsbury, is also committed to going ‘plastic free’ and has begun swapping it’s plastic tubs for compostable ones

“It’s very important for us to be sustainable as a business as well as supporting local producers,” says Alex.

For the team the best part of the job is knowing they are helping create meals for dogs that are proven to be healthy and nutritious.

“What gets me out of bed in the morning is knowing that we are changing dogs lives by making them happier and healthier,” says Charlie.

“We’re extremely excited to be attending Crufts and cooking up some healthy recipes in our Different Dog pop-up kitchen,” said Alex.