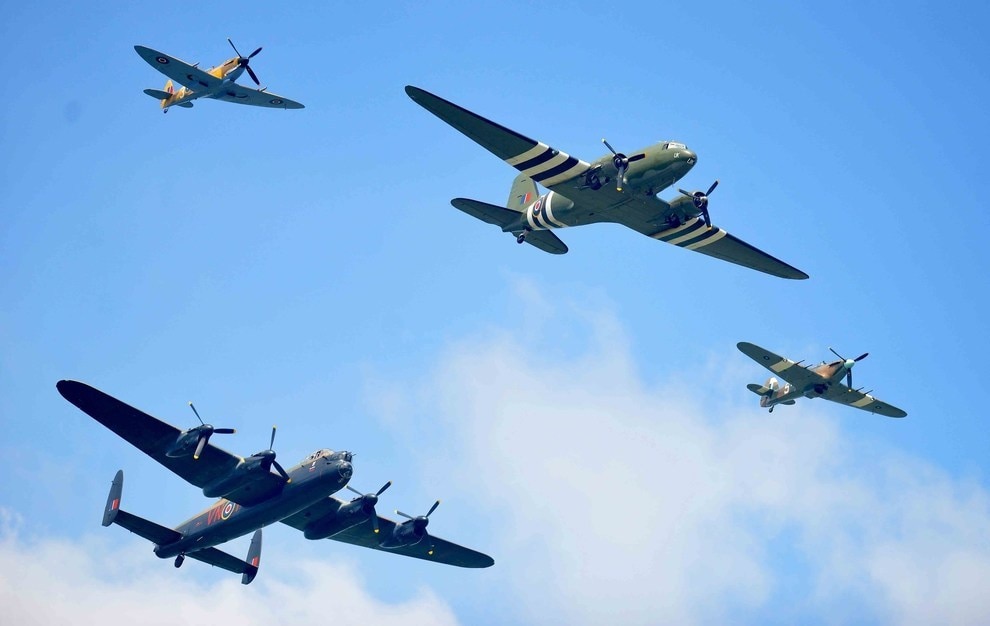 The RAF Battle of Britain Memorial Flight over Cosford 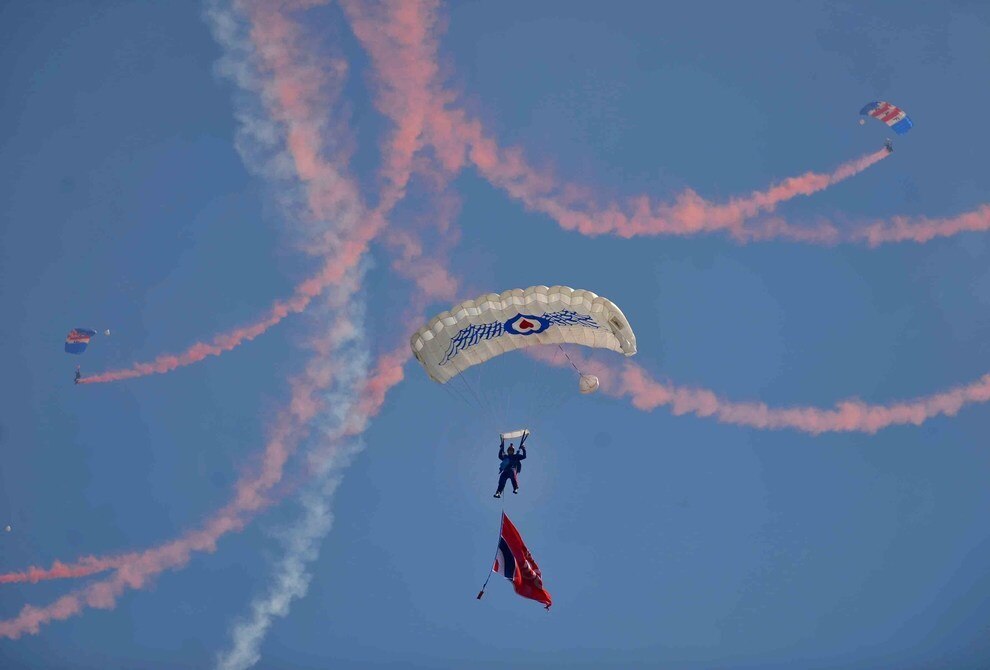 Today's spectacular event marked both the centenary of the RAF and the 80th birthday of RAF Cosford itself.

However it wasn’t enjoyable for everyone, with scores of motorists taking to social media to vent their anger at being stuck in queues for hours to get in.

Cars were at a standstill on the A41 and M54, with some motorists still waiting to enter the site into the afternoon.

Those who did get in however enjoyed an array of static and air displays that kept crowds entertained throughout the day.

The Cosford showpiece has grown and grown since it was formed in 1978, and organisers have said this year’s event was an overwhelming success and bigger than it has ever been.

Squadron Leader and media officer for RAF Cosford, Chris Wilson said: “This is an airfield that is usually quiet and empty, and that all of a sudden you have all these people and aircraft in one place.

“To have all that on an airfield in a little part of Shropshire is quite amazing.

“And to have a show that has been such an outstanding success in the same year as the RAF celebrates its 100th birthday makes things extra special.

“There are aircraft here that have flown all the way from New Zealand, that is how popular the show continues to be.

“It has been extra special too with the 80th anniversary of RAF Cosford, to make it a double celebration.

“A lot of hard work has gone into it, and it is rewarding to see how much people do enjoy themselves.”

The RAF Falcons parachute display team kicked off the air displays at 11.30pm, with crowds in awe at crafts such as the Spitfire I, Hurricane one, and a Boeing 757 that flew in all the way from New Zealand.

Aviation fans came from far and wide to witness the talented flying on show, and one of the main show pieces arrived at around 4pm when the RAF Red Arrows came across the air strip.

In the final part of the day a Chinook HC6 performed, before the Typhoon display team in a Typhoon FGR4 completed the day.

Attention now turns to the next event in 2019, and Mr Wilson added: “As soon as everything is done for this year, the planning will start again for the 2019 event.”