Big Apple life for Karen: What it's like to be an actress in New York

Ever since she was a little girl staging her own shows in her bedroom Karen Johal dreamed of becoming an actress. 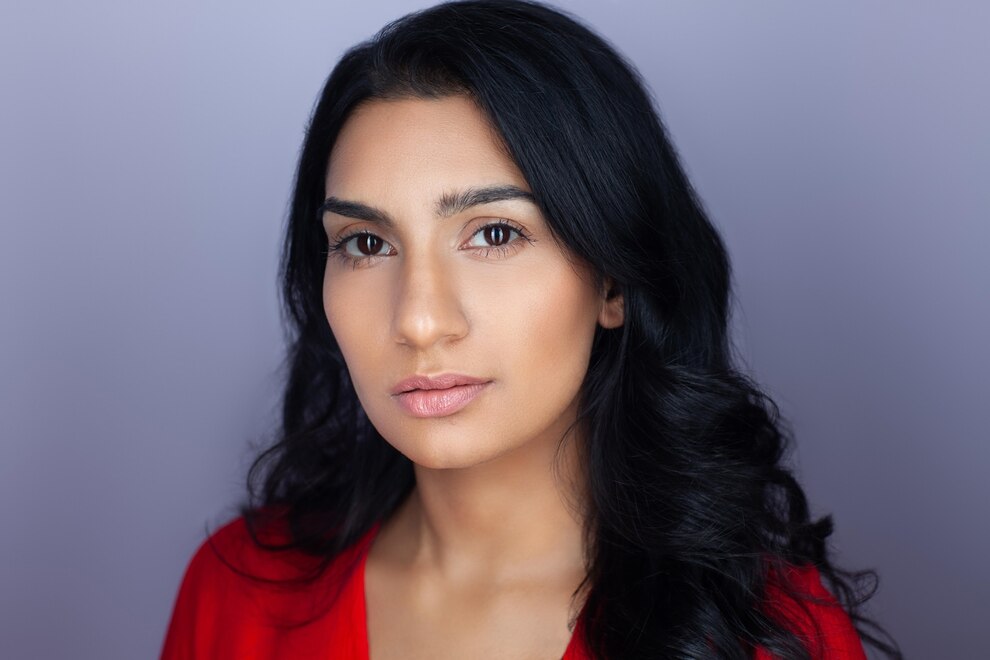 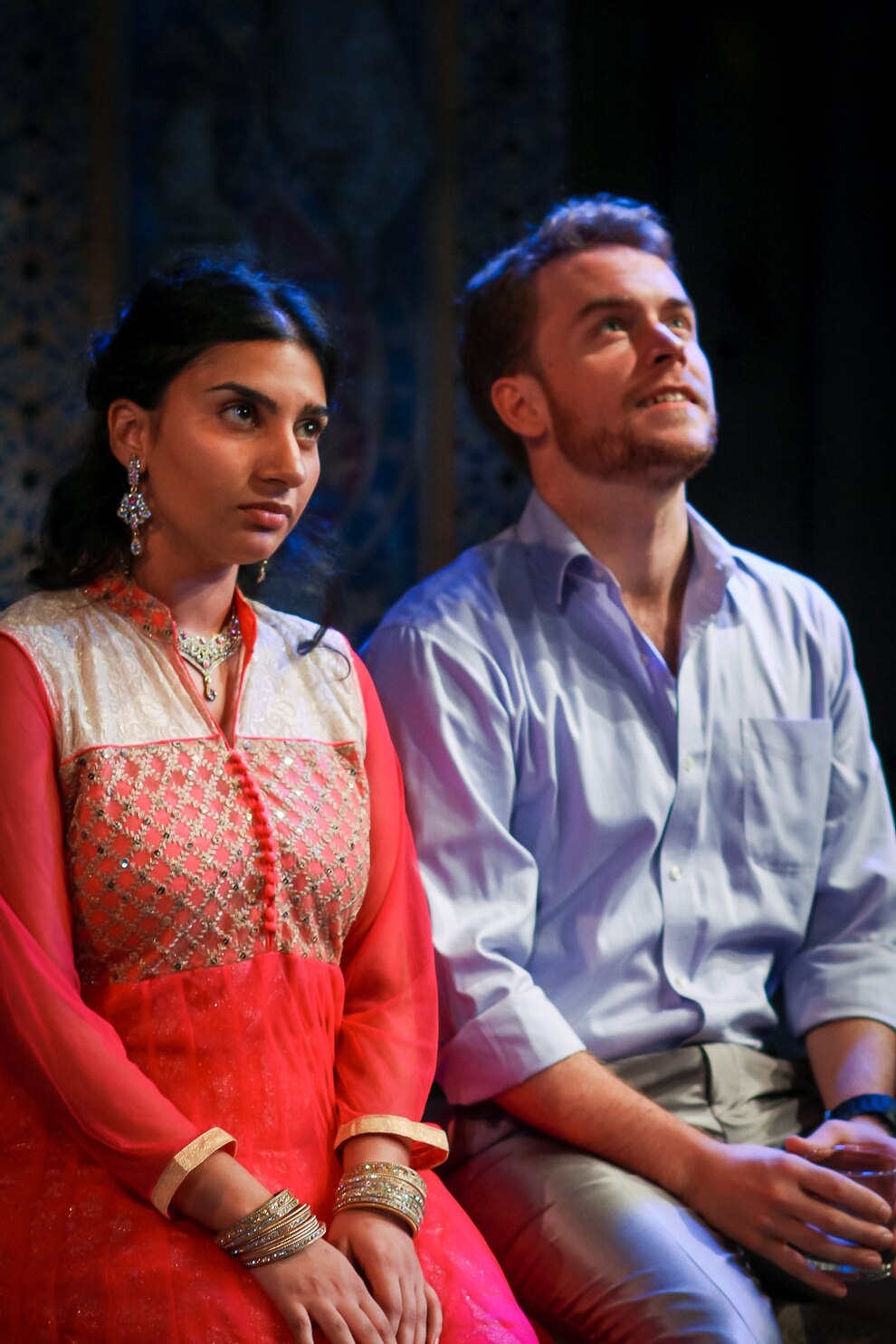 Karen stars in Welcome to Thebes alongside actor Ryan Murnane 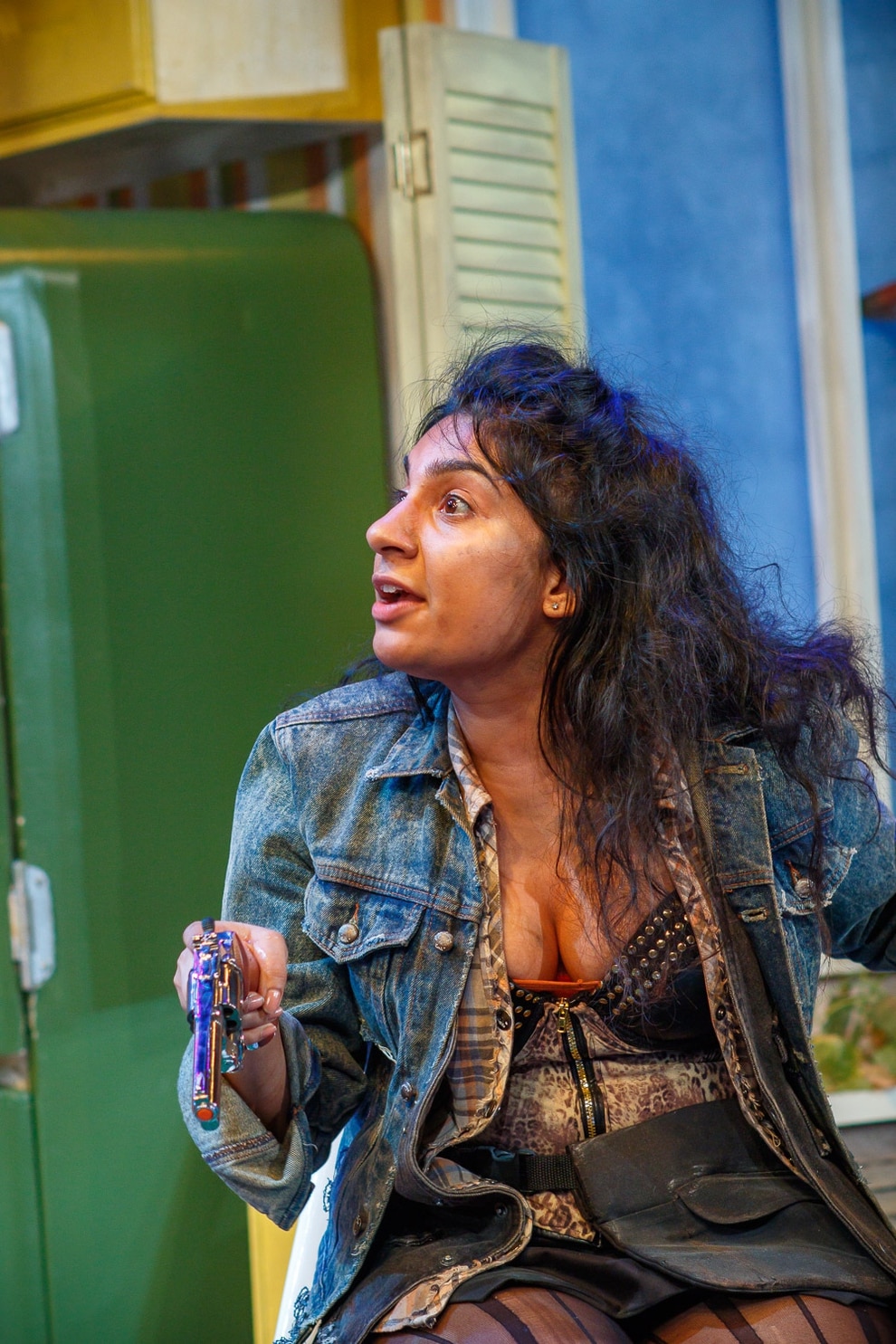 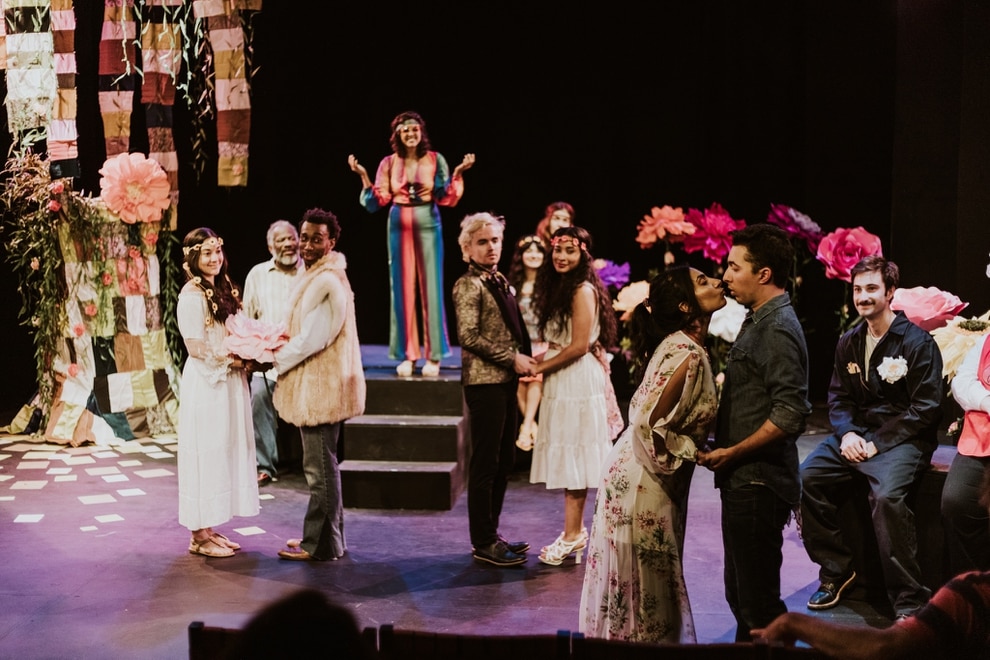 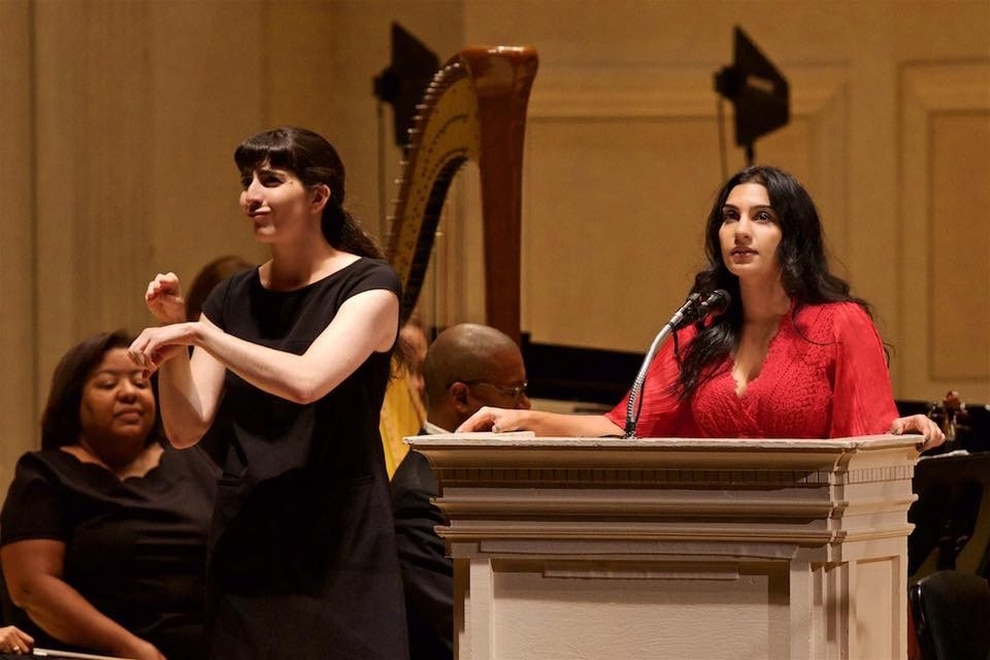 Karen on stage at Carnegie Hall in Journey to America

Determined to make her wish come true, five years ago she moved from Walsall to New York to train at the city’s prestigious American Academy of Dramatic Arts.

And since graduating the 29-year-old has secured many leading roles in theatre, television and film ranging from a production of Shakespeare’s Julius Caesar to a play centred around the 7/7 bombings in London.

Karen, who had worked at Birmingham Hippodrome after finishing college, said she first knew she wanted to be an actress when she was just five-years-old.

“I remember copying things I saw in films or singing and putting on shows in my room when I was playing as a child, so I always knew in some capacity that I wanted to act but in terms of actually pursuing acting as a viable career choice it was around the age of 16 or 17.

“When you’re in school at that age you are made to feel like you have to decide what you want to be and it has to be this safe, stable and secure practical career choice and of course my ambitions were the opposite of that.

“I am quite lucky to have known from a really early age and then it was just about figuring out how to do it and what I needed to do it.”

Karen moved to New York at the age of 23 to take up her place at The American Academy of Dramatic Arts, which is located on Madison Avenue in the heart of Manhattan.

“There were a lot of factors that went into my training that made it a wonderful and transformative experience, from the people I met, the teachers that were there at the time and also living in the heart of New York City, coming from England played a huge part in my training at the school.

“The actual content of the training was everything I needed it to be. I went there knowing very little about the craft of acting and how plausible a career it would be and I started off with a quiet confidence probably because I could not believe I was there. I remember feeling like someone was going to tell me they mixed me up with someone else. Over the course of my three years there, I was able to transform, adapt and absorb everything I needed to. My teachers tuned into what I needed and when I needed it based on what was already there and what was itching to come out.

“One of my classmates nicknamed me “The Secret Box” which I think really describes my time there perfectly, I think I surprised even myself with the things I did.

“I graduated with more sense of what I wanted and feeling like I was really good at what I do in my own way with the combination of technique and natural ability and I felt more prepared to build a career from that,” she tells Weekend.

Karen, who attended Perry Beeches Secondary school in Great Barr, says she loves to get stuck into roles that involve some research.

“Anytime I have been cast in something that is so far away from my own world or based on a historical event, I really get involved in it entirely.

“You really see a character come together when you build brick by brick and when a role can be infused by your own imagination and with what you have researched.

“In 2016 I played the lead role in a play called Truest by Megan Cohen and directed by Jessica Holt in NYC. The character was American, she was loud, a heavy drinker and had a bad temper but this was all on the surface, through researching and letting myself delve into her world I found her to be fiercely loyal, a survivalist and a sensitive soul.

“I like to play the roles that initially seem like they are one dimensional but allow you to get in and flesh out the person beneath the check list of personality traits.

“I love playing comedic roles, I think initially I don’t strike people as a comedic actress but I really find there is an intelligence and a method to comedy which I find quite natural and a lot of comedic roles I have played come with a strong wit that requires precision timing,” she adds.

There have been many memorable experiences and performances for Karen so far during her acting career.

“After graduating I was cast in a production of Julius Caesar at Shakespeare in the park, it was a role in the ensemble and it is not often that people get to perform in the Delacorte Theater in Central Park, let alone right after graduating.

“Politically this production touched on a lot of current American politics and their relationship to their government and its leaders. Historically, it is going to be talked about for years because of how innovative the director Oskar Eustis was with the production so it is one of those shows that I will always remember as being a small part of.

“Later that year I was also cast in the lead role for a show at Carnegie Hall called Journey to America. For me performing at these really well established venues is an incredible achievement and I think the weight of it did not hit me until after the show ended.

“Carnegie Hall’s main Stern Auditorium holds 2,800 people and I got to speak about my grandparents’ personal experience of coming over from India to the UK in their teens as part of the show.

“I remember having my own dressing room and wandering around the theatre like I could not believe I was supposed to be there. I have been very lucky and have worked really hard these last three years, so to have more than one memorable performance I feel a sense of appreciation and pride in what I am fortunate enough to do and the people I have been able to work with.

“There was a production I was in called Good fit by Nkenna Akunna and directed by Anna Loyd Bradshaw. I was cast as the lead role Asma. The play was about a British Muslim girl travelling through London on the day of the 7/7 bombings. Her fiancé gets hurt on the underground and she encounters the city she grew up in during a very hostile time, the play covers the journey from her home to the hospital in real time.

“This is a production I bring up a lot because it was so specific to me. It was written for a British Asian girl with a unique world view and this does not happen often and least of all in NYC.

“The writer, the director and most of the cast were British so we were able to bring an authenticity to this play, which had a beautiful narrative and it used some surreal devices to depict the importance of the event.

“The play was so well received in New York and I was so lucky to be a part of it and my hope is that it will be produced in the UK,” she tells Weekend.

Living in The City That Never Sleeps is “amazing” says Karen, who has also enjoyed exploring the wider New York state.

“There is a sense of magic about it and you can only comprehend it once you are here. I had never visited before moving so my experience was unique in that, I did just pack my suitcases and move across the ocean without knowing what to expect but now I don’t know any different.

“I lived with my parents in England so I did not have bills to pay or have an independent working life like I do here. It is safe to say I fell in love with New York very quickly but it is not always an easy lifestyle to lead just like anywhere else,” she explains.

For Karen one of the best parts of the jobs is being able to connect with an audience.

“What I enjoy most about what I do is the shared experience, whether that means someone tells me that they saw me as the lead in Welcome to Thebes or in Frank’s Plan on Amazon Prime Video, if it made them laugh, or even if they did not like it, I enjoy that my job is engaging people to have an opinion or to share a story they ordinarily would not discover without this medium.

“Everyone is enjoying a collective experience through theatre, television and film and what I do means that I belong to an industry contributing to the human experience,” says Karen.