Panto-monium hits the stage: Your guide to some of the pantomimes being staged around the Midlands and Shropshire

Pantomime season is upon us once again...Oh yes it is!

It's the time when families flock to theatres to spent a few hours laughing together as they're kept entertained by the fun-filled antics on stage.

It's also a valuable couple of months for most theatres as they boast packed houses helping them to generate enough money for the following year.

When? Now until January 19

Following last year's acclaimed retelling of The Wizard Of Oz, director Liam Steel brings the classic Peter Pan story into the 21st century. This new Birmingham-set version is designed to make families fall in love with the family favourite all over again.

Wendy and her little brothers are feeling lost. Separated from their mother, they've been sent to live in a flat high up above the city. Then one night, a remarkable flying boy arrives offering her an escape.

The boy's name is Peter Pan and he invites Wendy and her brothers to fly away with him to a magical world beyond their urban reality. A world of mischievous Lost Children and boundless dreams called Neverland.

But there's danger lurking – it's also a place of malicious mermaids, feisty fairies and the devious Captain Hook, who is plotting on Skull Island with a band of fearsome pirates. Can Wendy defeat them to save her new-found friends?

When? Now until January 12

Join hero Dick Whittington on the ultimate rags to riches adventure as the audience helps him to outwit Queen Rat and take his rightful place as Lord Mayor of London.

It will also see the return of the Grand’s much-loved Dame, Ian Adams for a fourth consecutive year while the theatre will be welcoming comedian and celebrity impressionist Aaron James for his Wolverhampton panto debut.

Together they promise all the ingredients which make pantomime so magical – beautiful costumes, stunning sets, breath-taking special effects, live music and a lot of audience participation.

When? Now until January 12

The county’s most popular show has been written by Paul Hendy and brought to the region by same creative team behind last year’s hit Mother Goose.

Brad said he was looking forward to his return to the stage at the Frankwell Quay venue.“It is always nice coming back. As a dame you have to connect with the audience so when you feel like you know them already it’s quite nice.”

When? Now until January 5

Tickets are selling fast for this hugely popular pantomine which will see Lichfield Garrick favourite Sam Rabone returning as Buttons.

He will be accompanied by the Rebecca Keatley from CBeebies, as well as Beccy Lane, who played Alice in last year’s Dick Whittington. They are joined by seasoned panto professionals George Akid and James Mitchell as the (very) Ugly Stepsisters, Herbie Adams as Dandini and George Telfer as the Baron.

They will be supported by the Garrick’s juvenile cast which gives local young people the chance to perform in an all-singing, all-dancing professional environment.

Where? The Old REP, Birmingham

When? Now until December 30

Hans Christian Andersen’s magical adventure featuring inseparable friends Kai and Gerda is being brought to life on the Old Rep stage. When the heartless Snow Queen steals Kai to help rebuild her broken treasure, can Gerda rescue him in time before she plunges the world into an eternal winter? With the help of an unlikely band of companions, Gerda travels to the Kingdom of Ice to confront the Snow Queen and rescue her friend.

From the creative team behind last year’s Pinocchio, comes a production for the entire family. With an epic original score, spellbinding storytelling, and more than a pinch of Christmas magic, this thrilling re-imagining of Hans Christian Andersen's classic fable promises to be a fairy-tale you won’t want to miss this Christmas.

Jack and the Beanstalk

When? December 11 to January 5

The star studded cast this year includes Oliver Mellor as Fleshcreep. Best known for his appearances in Coronation Street as Dr Matt Carter, Oliver has also appeared in other popular TV shows including Cold Feet, Eastenders, Emmerdale, Doctor Who and The Royal.

Back by popular demand is Carl Dutfield as Jack. He brought the house down last year as Buttons in Cinderella. His comedy routines and performances had audiences laughing well into the New Year.

When? December 13 until January 5

Get ready to fly to Neverland for the greatest adventure this panto season.This year’s swashbuckling family treat at the Gatehouse promises the most boo-able baddy of them all, Captain Hook.

It will see EastEnders and Coronation Street star Ian Reddington take on the role of Hook, alongside Corey Taylor in the title role as Peter Pan.

They will be joined by Charlotte Fishwick as Wendy, Natalie Harman as Tiger Lily, Kieran Morris playing John, James Dangerfield as Smee, Dereck Walker in the role of Starkey, and Sasha Latoya as Tink.

The theatre has already been capturing audiences' imaginations with a trailer set across a backdrop of local landmarks including Market Square and the Ancient High House, as Captain Hook navigates his galleon through Stafford and docks at the banks of the River Sow.

The pantomime will be produced by Prime Pantomimes, a new production company from the minds of Selladoor Theatre and Immersion Theatre.

Prime Pantomimes producer James Tobias said: “We are thrilled to be producing pantomime at the much-loved Gatehouse theatre this Christmas and are already hard at work to ensure we bring this classic family favourite to life in spectacular fashion.

"Audiences can expect a high-energy, localised show packed with all the ingredients which makes pantomime such an unforgettable experience for the entire family.”

Snow White and the Seven Dwarves

When? December 21 until February 2

Packed with comedy and festive fun, this magical pantomime brings together a galaxy of stars for Britain’s biggest regional panto.

It will feature Lesley Joseph as the Wicked Queen, Joe McElderry as The Spirit in the Mirror, Faye Brookes as Snow White, Flawless as The Wicked Queen’s Men, Doreen Tipton as The Lady in Waiting, Andrew Ryan as Nanny Annie Aspirin and Jac Yarrow as The Prince.

Snow White and the Seven Dwarfs will feature stunning costumes and sets along with outstanding special effects direct from the sold-out London Palladium production in 2018.

Where? Prince of Wales Theatre, Cannock

The classic rags to riches story sees the downtrodden yet beautiful Cinderella being brow beaten by her ugly sisters and wicked stepmother. Will Cinderella get to the ball, meet her prince and be happy ever after?

The panto has all the traditional ingredients including music, laughter, stunning sets and costumes and lots and lots of audience participation.

Former soap star Mark Homer, best known for playing Tony Hills in EastEnders, will take on the role of Buttons. Homer, who starred in Dick Whittington last year, is reprising the role he played at the theatre back in 2010.

He will be joined on stage by panto regular Keith De’Winter as Conchita, one of Cinderella’s ugly sisters. As well as a full, professional supporting cast, Rugeley’s Studio 5 dancers will also grace the stage in the show staged by PMA Productions.

Burns Night 2020: Top places to celebrate in the Midlands and Shropshire 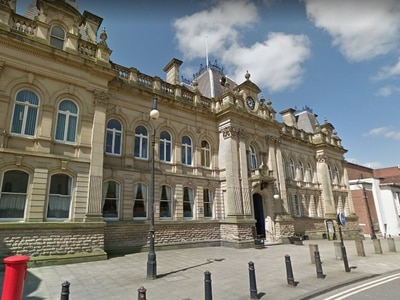