Supporters of a fish and chip shop came out in force to celebrate the business's 60th anniversary. 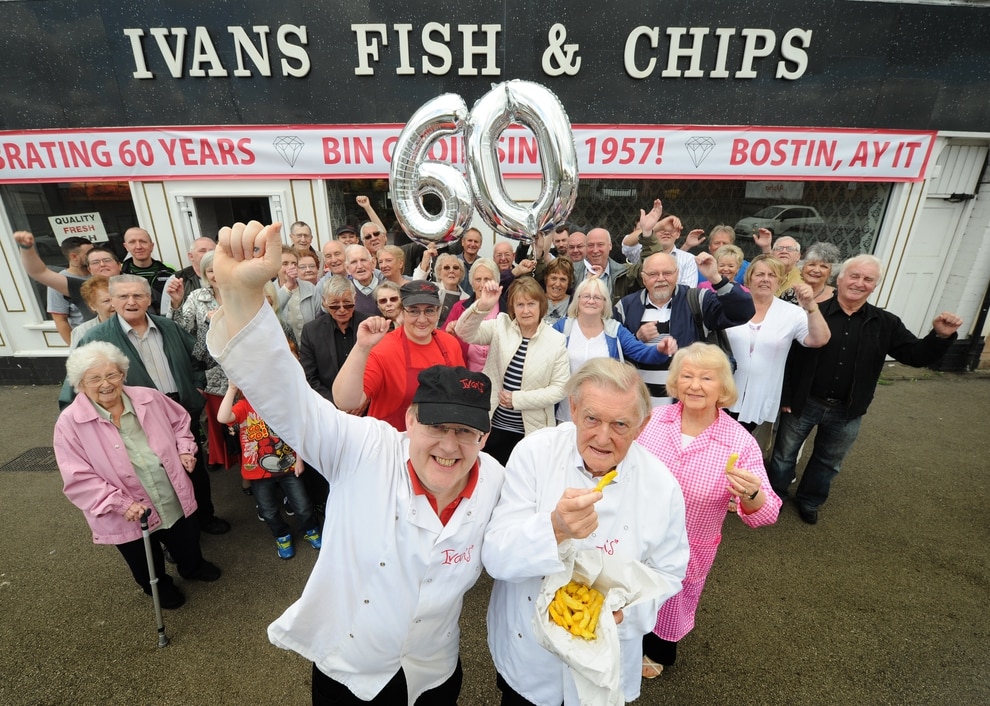 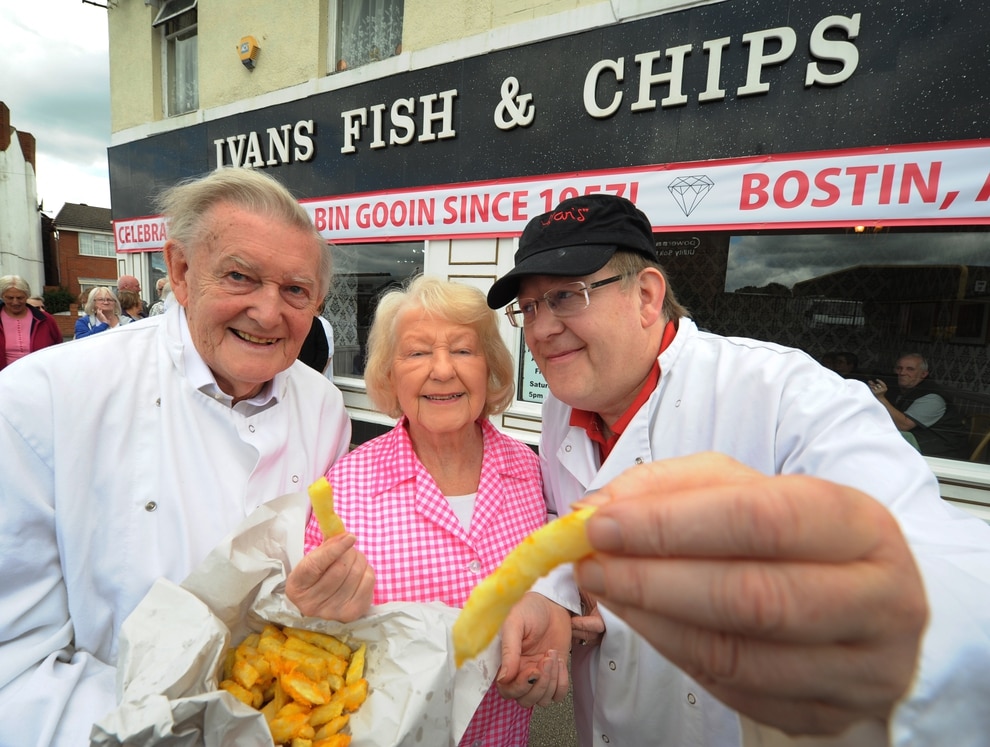 Ivans has been at the heart of the community in Old Hill since it was founded in 1957.

It has served more than three million bags of chips and two million fish in that time.

The shop was set up by Ivan Rudge and his wife Christine in August 1957.

The business was Christine's idea – as her cousin had set up a chip shop, Westwoods, in Blackheath.

Mr Rudge used £1,000 of inheritance money from his grandmother's death to fund a shop in Coxys Lane.

Initially the couple worked full-time jobs during the day and then the chippy in the evening.

Their family helped keep the shop going while they were at their other jobs.

But after six months they moved to run the shop full-time.

Mr Rudge's son Warren proved a chip of the old block, starting at age nine for £3 a week.

He took over the shop aged 18, when his father retired ­– but Ivan still helps out with the accounts to this day.

The Coxys Lane premises was knocked down by the council in 1972 and the shop moved up the road to Reddal Hill Road, where it remains to this day.