The first of the 30 Wolves in Wolves sculptures has hit the city centre in support of Armed Forces Day on Saturday. 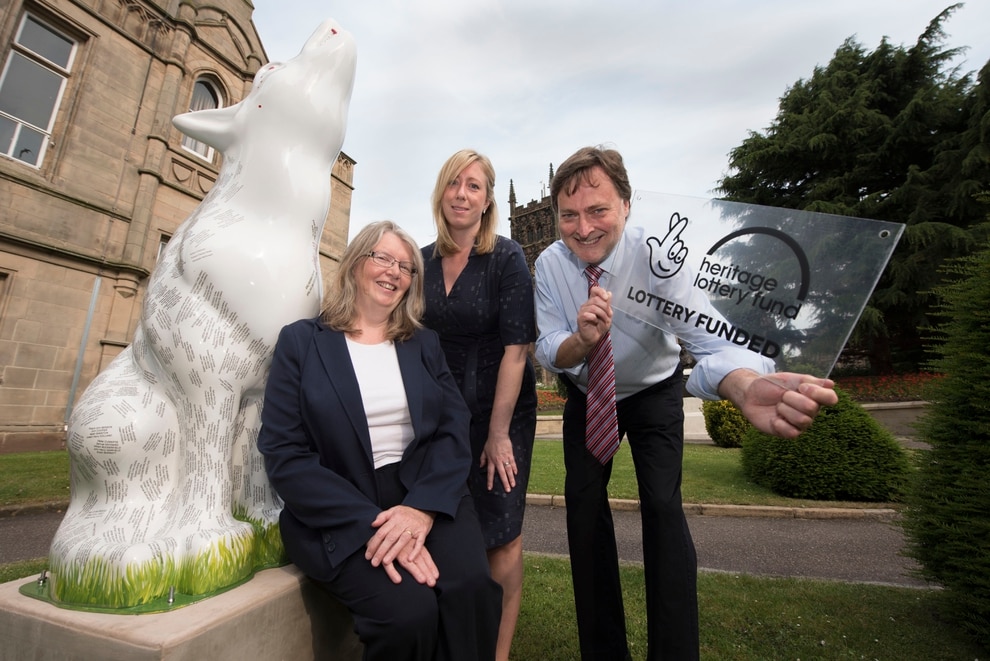 The Wolverhampton Civic and Historical Society (WCHS)’s wolf, The Fallen, is now proudly sitting near the fountain in St Peter’s Gardens and features the names of those who died whilst fighting for their country during the First World War.

The remaining wolves, creating the largest public art event in the city, will be rolled out at the beginning of next month and will all be in place from July 5 until September 24.

The design of the first wolf attempts to express the loss Wolverhampton had to bear after the First World War. It's design is a result of the ideas put forward by participants, and executed by project manager Councillor Claire Darke.

The wolf features a poem called My Boy Jack by Rudyard Kipling, written for his only son John, who died at the battle at Loos in France.

Rudyard Kipling’s mother, who lived in Wolverhampton, has a Commemorative Blue Plaque in the city.

It also boasts a poppy, which was adopted as a symbol of remembrance after the First World War.

Councillor Darke said: “Wolverhampton Civic and Historical Society are privileged to be the first to have their Wolves in Wolves Wolf unveiled.

“It is an honour to be part of the Armed Forces past and present celebration events.

“WCHS would like to thank and acknowledge the research contribution by Doug Lewis and the volunteers at Wolverhampton City Archives, as well as the #HeritageLotteryFund for making this project possible.”

The Wolves in Wolves project will see Wolves designed by various people and organisations form a trail of approximately 4.5 miles, with maps available nearer the time.

The ambition is to combine a quality artistic and cultural event with associated public health, educational and economic benefits.

Once the event is finished, the majority of the sculptures will be auctioned off to raise money for several charities.

“The aim of the engaging and friendly sculpture trail is to attract families to our city centre to have a great day out.

“The Wolves will inject a sense of fun into our centre, remind people of the amazing city we are and support businesses to thrive by driving significant footfall for the duration of the project.”

Councillor John Reynolds, Cabinet Member for City Economy, added: “Wolves in Wolves is a great opportunity to showcase the city to visitors.

“It is an exciting project that will help put the city on the map as a cultural centre.

“It is also a fun way for families to get active and discover the city and what it has to offer.”

Regular updates on Wolves in Wolves are available at WolvesinWolves.co.uk.

Reunion to be held for Dudley rock club JB's