Dudley Museum has closed its doors on the same day as a much-loved over 50s charity – as crippling council cuts start to bite.

The landmark Museum and Art Gallery, which opened in 1912, shut for the final time yesterday as part of a council bid to save £150,000 a year.

The museum's collections will now be moved to Dudley Archives.

Meanwhile, Age UK Springboard, which supported around 700 people, also shut up shop in Brierley Hill due to a lack of funding.

Community leaders called the closures 'sad' and said it could impact on businesses and residents in the borough.

Councillor Paul Brothwood, leader of the UKIP group in Dudley, said: "I think the closures are extremely sad. It is a reflection of poor administration from Dudley Council over the years and wasted money, which is now really hurting frontline services," he claimed.

The cash-strapped authority has made a swathe of cost-cutting measures this year following cuts from central government, which council leaders called 'unprecedented.'

Chiefs said the closure of the museum would save the authority £150,000 a year, while four staff will be made redundant.

The Springboard centre, based at The Waterfront, had £300,000 of its funding cut by the council in July.

The charity – which provides support, social and leisure activities to people aged over 50 –could not get cash from the Big Lottery Fund to continue operating.

The centre had three staff and more than 40 volunteers who ran health and wellbeing activities for people aged 50 to 100.

Devastated staff said they had 700 clients and saw 300 of them on a weekly basis.

Alison Pugh, acting Springboard coordinator, said: "It is a real shame and a real pity for the clients in particular."

Artefacts from the museum will be transferred to Dudley Archives in Tipton Road next to the Black Country Living Museum and will be put on show for the public next year.

A petition set up to save the museum was signed by more than 4,000 people after the council announced it would close the venue. The venue attracted around 35,000 people a year, according to Graham Worton, keeper of geology.

Councillor Patrick Harley, leader of the Conservative group in Dudley, said he agreed with the museum decision but felt the council should not have cut funding to the voluntary sector back in July – which affected groups like Age UK.

He said: "Moving the artefacts and staff out of the museum to the archives will make it more accessible to people.

"But I think it is regrettable that the authority cut funding to the voluntary sector.

"These kinds of groups, such as Age UK, save local authorities a lot of money in the long run."

The museum originally opened as an art gallery and art school in 1883 before it merged with a previous nearby geological museum, on Wolverhampton Street.

Council bosses have said there are a number of options being considered for the use of the building, but no decisions have yet been made.

Councillor Khurshid Ahmed, cabinet member responsible for tourism, said: "I must stress to people that this is about the closure of a building, while looking at the best option to make sure that people still have access to exhibitions and displays which celebrate this borough's proud history.

"It makes absolute sense to move the exhibitions to the Archives to benefit from the existing tourism at Castle Hill.

"These are really exciting proposals and will overcome a number of issues we have had with parking and accessibility at the current site, while creating something that will be as popular with school visits and people wanting to explore the history of this borough."

Other cost cutting proposals in the borough include shutting Dudley, Halesowen and the Crystal Leisure Centre in Stourbridge.

Keep your kids screen-free during lockdown: Author Dawn Isaac shares her top tips to keep the little ones entertained without gadgets 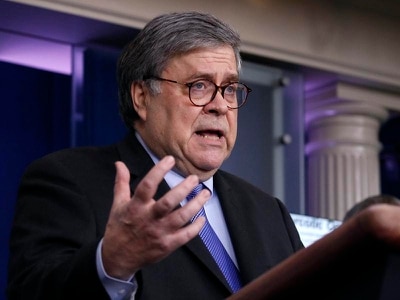 US attorney general says Russia probe began ‘without any basis’