Leona Lewis doesn't wear dresses made of meat. Nor does she get hitched to Russell Brand for all of five minutes. She doesn't even post Instagram picture after Instagram picture of herself in bikinis smoking suspicious-looking cigarettes.

What she does do however is sing.

A singer who can sing? Remember them?

So let people say what they want about showbiz smoke and mirrors, Leona is peerless when it comes to the all-important voice. No one can reach those soft lows or soaring highs quite like her.

Since winning the X Factor seven or so years ago, she has honed her craft to become one of the greatest pop vocalists in the world. That's no exaggeration. She's been number one in countless countries, shifted more than 20 million records and been envied by everyone from Anastasia to Beyonce. If Queen Bey's got a case of the green-eyed monster, you know you've got some pipes.

And last night's show at Birmingham's NIA showcased Leona's voice in all its glory.

Stripped back from her previous tour, it was just her, her band and a string quartet.

Starting off in a sweeping red coat before moving on to a sleek and sexy black number (ignore the Daily Mail, Leona's never looked better and has some serious va-va-voom curves on her) she performed songs from Spirit and Glassheart with technical aplomb and from-the-soul emotion.

There was a dash of a Rihanna cover and a bit of Bruno Mars but it was her own songs that really captivated the audience.

The final few numbers were the standout ones. Footprints brought tears to people's eyes before The First Time Ever I Saw Your Face received a standing ovation.

Bleeding Love brought confetti from the ceiling and people to their feet. And yes, she can do that amazing warbly bit at the end just as good live.

Her cover of Snow Patrol's Run closed the show, note perfect and flawless, with Leona rushing to the front of the stage to shake hands with her adoring fans.

So why she may not get the gossip columns going like Perry, GaGa and co, she sure could teach them a thing or two when it comes to the most important thing - the voice. 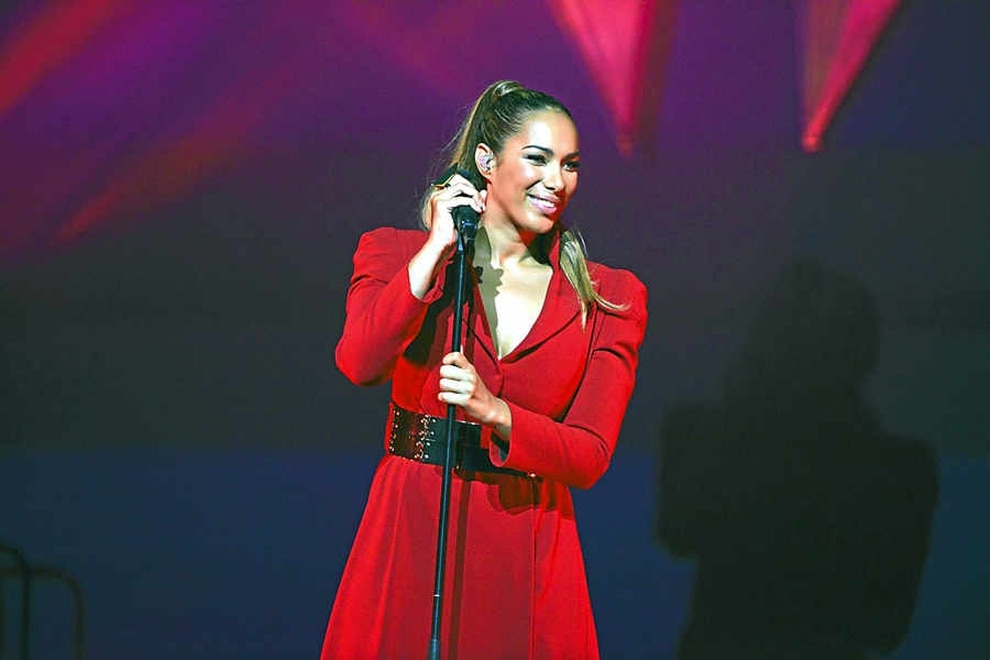 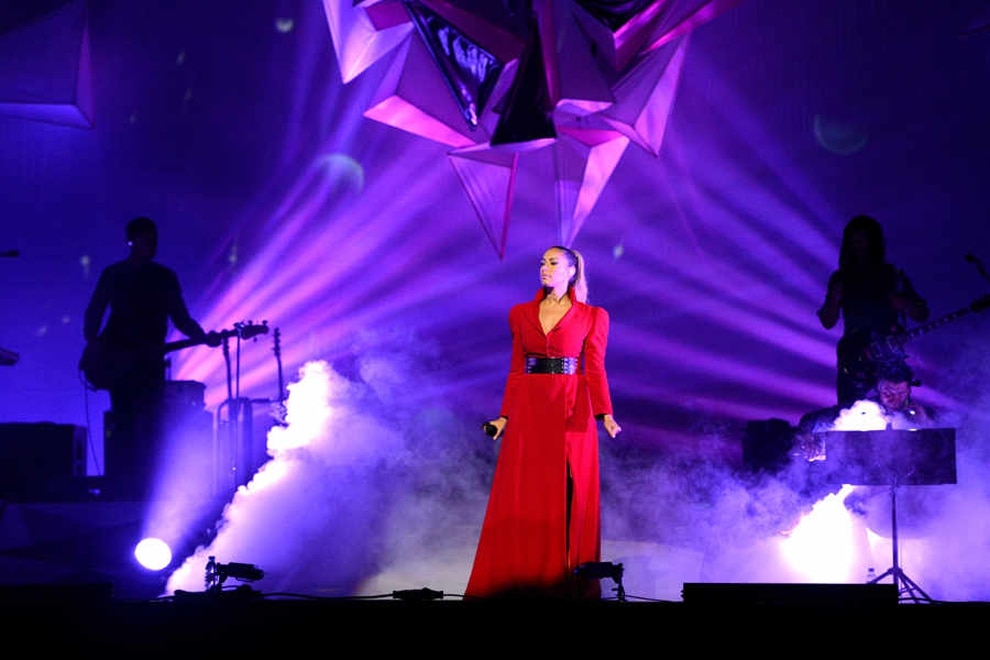 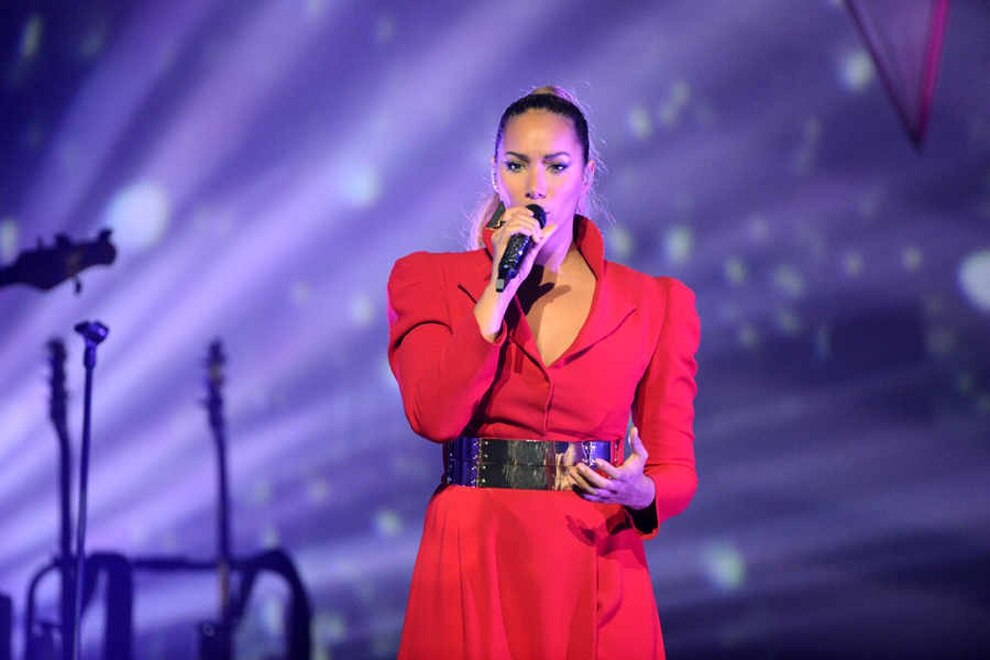 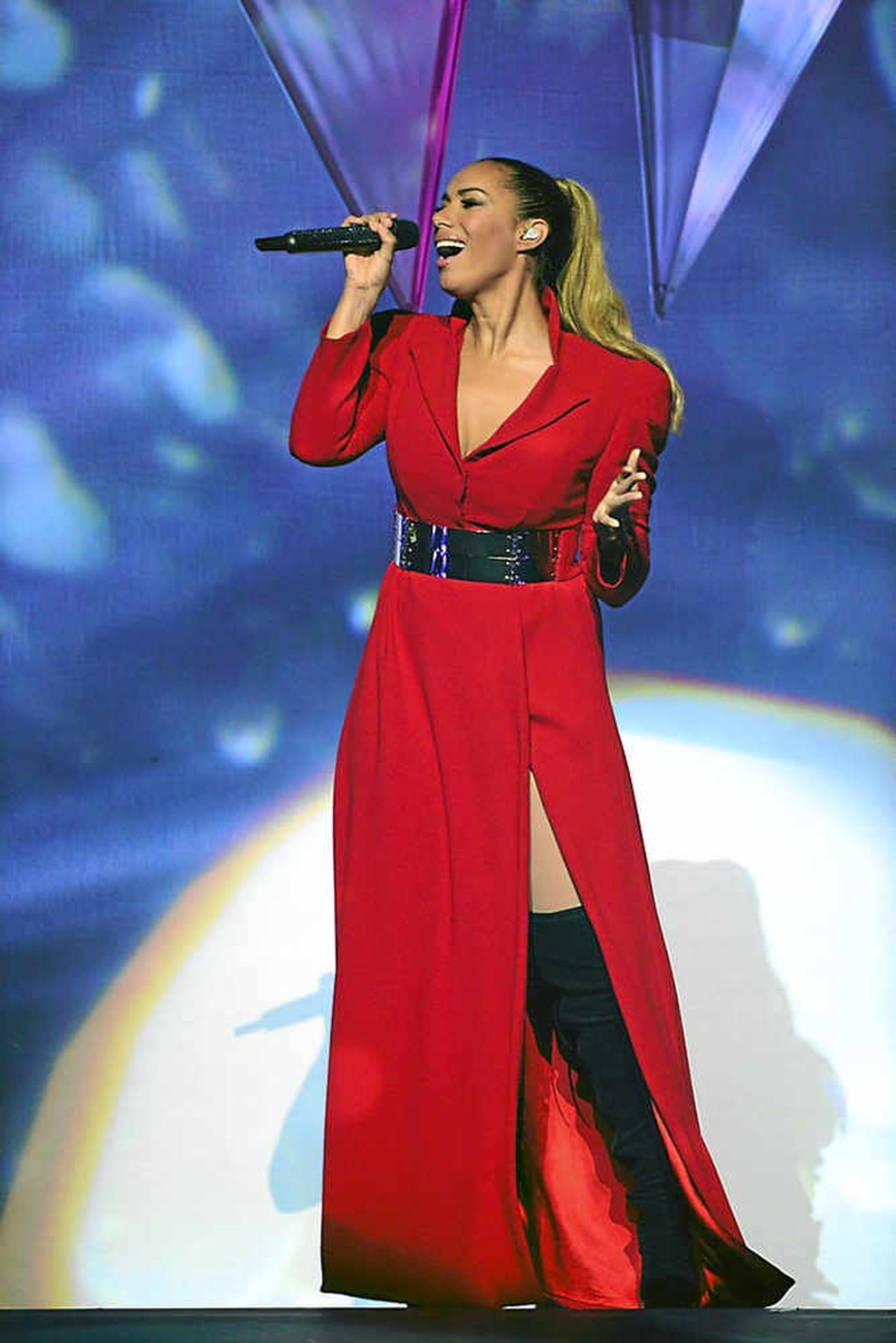