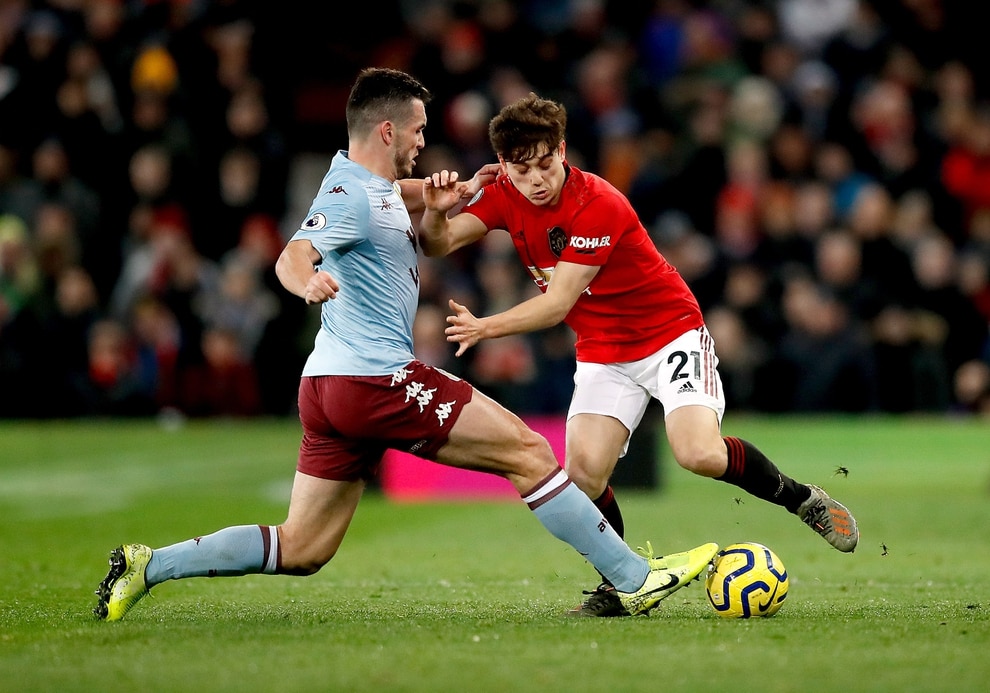 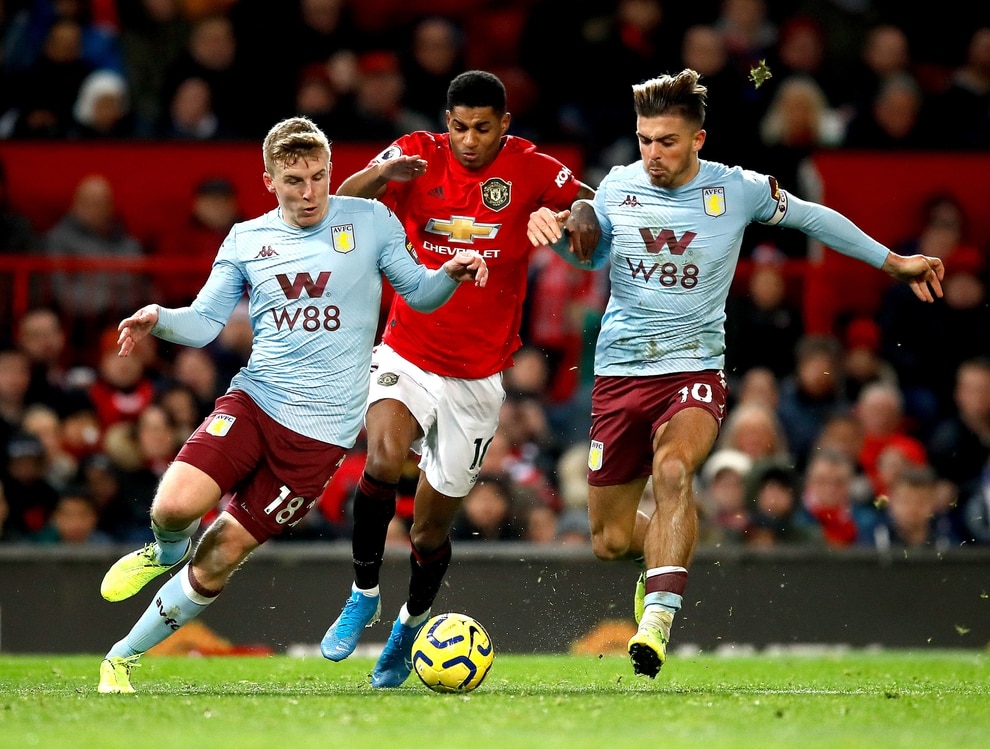 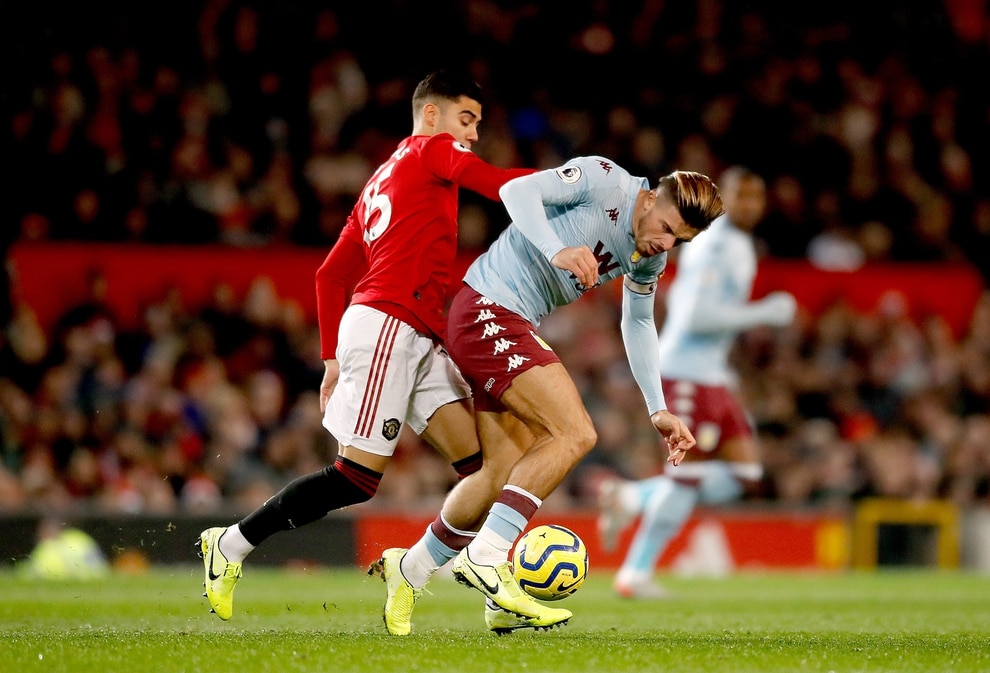 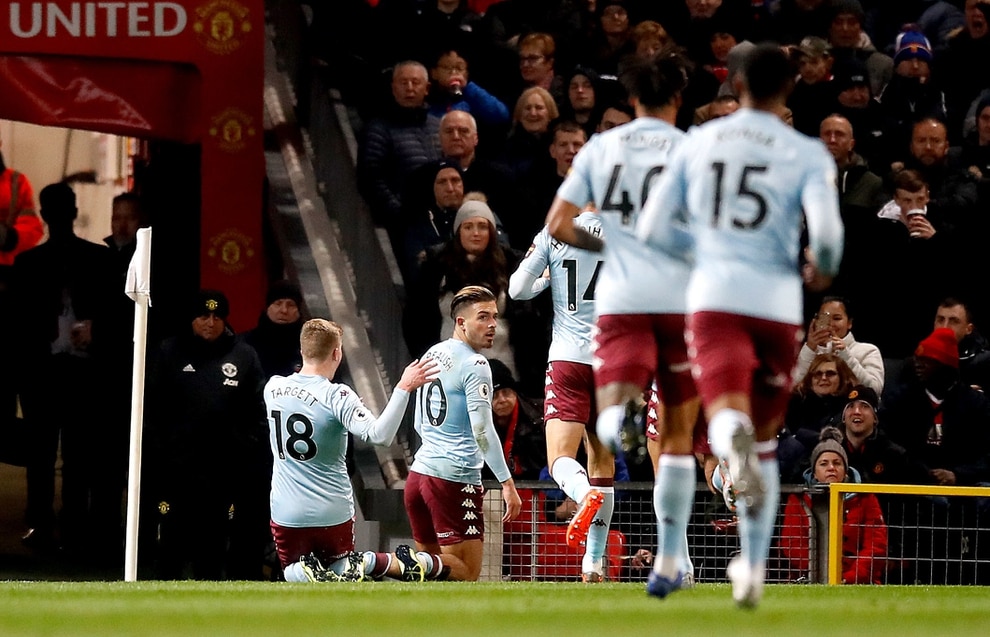 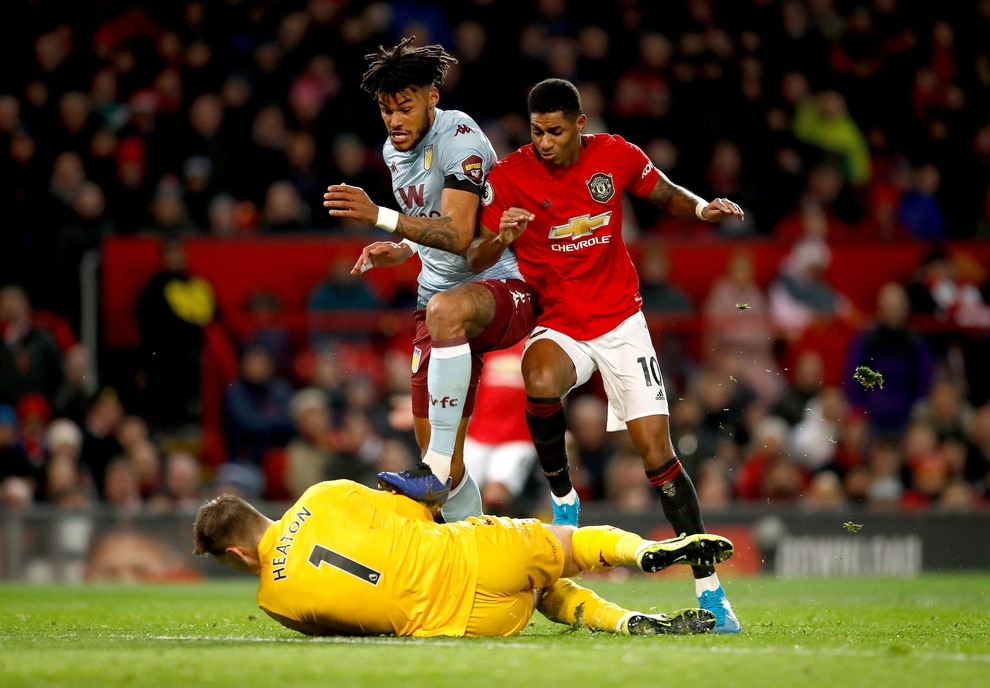 The England international volleyed home Matt Targett’s chipped cross as Dean Smith’s men finally got some reward from another impressive display against one of top flight’s big guns.

A brilliant Jack Grealish goal had put the visitors into an early lead, while Trezeguet also saw a strike disallowed for offside.

But goals from Marcus Rashford and Victor Lindelhof saw United turn the game around before Mings earned Villa a point.

The defender’s strike made amends for his own error in the build-up to Rashford’s goal, which came just three minutes before the break at a time when Villa had been the better team.

They had taken the lead courtesy of a piece of genius from Grealish and looked the more likely team to score again.

The second half was a different story, though Grealish went agonisingly close to restoring the advantage before Lindelhof put United ahead.

Just two minutes later, Mings came to the rescue, with Villa then holding out for their point.

The significance of this result should not be underestimated. Villa had already blown leads and been left with nothing to show from impressive displays against Tottenham, Arsenal and Liverpool this season and claiming something here - a ground which has typically been a place of misery for the club - will do wonders for their belief.

This was only the 10th point Villa have taken at Old Trafford in the past 33 league visits.

Grealish’s sublime opener came just moments after Rashford had squandered a good chance for the hosts, slicing well wide after being played into the left-hand side of the box.

Villa broke down the right, Anwar El Ghazi flying down the flank before firing in a cross which eventually ran to Grealish on the other side of the box.

The Villa skipper took a step outside before curling a superb finish over David De Gea and into the far top corner.

It was a strike which drew gasps and then raucous cheers from the 3,000-strong travelling support, the only downside for Villa an injury sustained by El Ghazi in delivering the cross which saw his day come to a premature end.

United looked a little shaken and their efforts to get back on level terms before Rashford’s equaliser extended to an Anthony Martial shot which was comfortable for Heaton.

That was what made the leveller, when it arrived, doubly frustrating for Villa, who would have been further ahead through Trezeguet but for a marginal offside call on Grealish in the build-up.

Mings waited too long to clear his lines and the ball ricocheted into the path of Rashford, who was denied by the quick thinking of Heaton, who came racing off his line.

Villa’s keeper could not avoid conceding a corner, however, and from there the ball was played to Andreas Pereira, whose viciously whipped cross was headed in by Rashford via the post.

It was hugely frustrating for the visitors, who almost retook the lead before the break when Trezeguet thundered a shot off the bar.

United’s attacks carried much more menace after the break and Heaton had to be alert to save after a Martial shot took a slight nick off Douglas Luiz and sat up awkwardly.

A frenetic few minutes then followed just past the hour mark. First Grealish was close to restoring Villa’s lead when he stretched to meet Trezeguet’s cross but could only steer it wide of goal.

Instead it was United who went in front. Another short corner was this time played to Fred, whose inswinging cross flicked off the top of Villa striker Wesley’s head and perfectly into the path of Lindelhof, who headed the ball back across goal and inside the far post.

Yet no sooner had the celebrations died down then Villa were level, Mings atoning for his earlier error by volleying Targett’s chipped cross beyond De Gea, the goal being given following a VAR check which confirmed the Villa man was onside.

Both teams had spells of pressure as the clock ticked down though the biggest chance, prior to the final 10 minutes, fell to United, with Martial scooping the ball over from three yards out following a scramble in the Villa defence.

11 - GOAL Villa take the lead thanks to a piece of brilliance from Jack Grealish, who cuts in from the left before curling a right-footed finish into the top corner.

44 - OFF THE BAR Trezeguet almost puts Villa back ahead as his shot from a tight angle clatters off the bar.

64 - GOAL United lead. Fred’s cross from the right flicks off the head of Wesley and falls perfectly for Victor Lindelhof, who sends a header back across goal and inside the far post.

Wolves 0 Arsenal 2 - as it happened

Wolves boss Nuno: We have given Morgan Gibbs-White a second chance