The Jamaica defender has played in the German Cup final and an FA Cup semi-final, but never in the top flight of English football.

Fulham defender Michael Hector hopes to fulfil his Premier League dream as he finishes his topsy-turvy season with a Wembley play-off final.

Hector missed the first half of the season as his £8million move from Chelsea came a few days after the summer transfer window.

But the Jamaica international feels that break benefited him – and Fulham – in the long run as he got to know his new team-mates on the training ground and in meeting rooms before entering the heat of Sky Bet Championship battle.

Hector has since been a stand-out player as Fulham have progressed to a Wembley date against London rivals Brentford on Tuesday.

“It was a strange time not signing in the summer window,” said Hector, who Fulham fans have compared to Liverpool defender Virgil Van Dijk and christened ‘Virgil Van Mike’.

“But training with the team from September to January helped me settle in.

“Before I’ve been in (situations) where I’ve had to go straight into the team and not found out players’ strengths and weaknesses.

“But I was able to going to team meetings when I wasn’t playing and that helped me find out about my team-mates.

“I was watching what they were doing in games and watching the games back with them. I felt when I did come in I could help them with certain aspects of the game, whether that was talking a bit more or making tackles.”

Hector has had a curious career with no fewer than 10 loan spells after starting out at Reading and signing for Chelsea in 2015.

Aldershot, Barnet and Shrewsbury may be unglamorous stops, but there have been high points along the way.

There was a play-off goal for Cheltenham and an FA Cup semi-final appearance for Reading against Arsenal at Wembley.

And for Eintracht Frankfurt there was a German Cup final appearance in 2017 and the task of keeping Christian Pulisic and Pierre-Emerick Aubameyang quiet in a game Borussia Dortmund won 2-1.

“I loved it, the atmosphere was crazy,” Hector said.

“But it’s about playing the game, because sometimes people can get caught up in the occasion and get lost in it.

“You don’t really take it in. If you do take it in, that’s when it hits you.

“Don’t play the occasion and that’s when you play well. But when I look back at it, then it was special moments playing at Wembley and Berlin.”

Hector joined Chelsea for £4m in 2015 but failed to break through at Stamford Bridge.

As well as Eintracht, he was loaned out to Reading, Hull and Sheffield Wednesday before making the short journey across west London.

“All my loans were learning curves,” Hector said.

“I learned the hard way with certain mistakes, but it’s all part of the game and I’ve become a better player for it.

“I’ve not played in the Premier League – it wasn’t to be at Chelsea, the team I supported and signed for – and it would be a dream to do that.

“Growing up you strive to do that and we’re just 90 minutes away.”

The Bees also claimed a Championship double over Fulham, including a 2-0 win at Craven Cottage when football resumed after the coronavirus lockdown in June.

“Brentford are a high-scoring team and you have to respect that,” Hector said.

“But we go into the game full of confidence. With the team we have, we back ourselves to beat anyone on the day.” 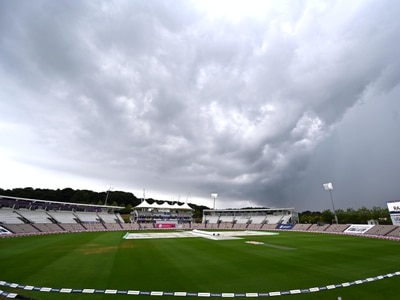