Ben Stokes came agonisingly close to a century for the visitors.

Ben Stokes’s departure nine runs shy of a century was the catalyst for the floodgates to open as the relative comfort of 277 for four became 295 for eight, with four wickets falling in 21 balls.

Tim Southee took three of the wickets as well as a slip catch and though Jos Buttler and Jack Leach combined to stem the flow for a short time, England were all out for 353 on a slow Bay Oval wicket.

England’s top order had been disciplined on the opening day as captain Joe Root and head coach Chris Silverwood’s new vision for a more patient approach from their batsmen was carried out.

The strategy rose from a desire to eradicate the collapses which have punctuated Root’s reign, but Thursday’s good work was undermined by a procession of wickets early on day two after England resumed on 241 for four.

Stokes took to batting outside his crease as well as coming down the pitch to meet the ball, yet the more purposeful tactic led to his downfall on 91 as he chased a wider one from Southee and edged into the cordon.

Ross Taylor atoned for dropping the all-rounder on 63 on day one with a sensational one-handed catch at first slip.

Ollie Pope had earlier successfully reviewed an lbw decision given against him on 18 but he fell for 29 after being tempted into flashing hard at one that swung gently away from him and nicking to wicketkeeper BJ Watling.

Southee had his second wicket in two balls when an in-swinger rapped Sam Curran on the pads and a review showed the ball would have clattered into middle and leg.

Archer survived the hat-trick ball but Southee could not be kept out of the action, taking a fine catch at slip after Trent Boult had found the outside edge of the lower-order batsman.

Leach got off the mark with a quick single that would have had Buttler run out had Henry Nicholls hit the stumps from the off-side.

However, the English pair soaked up the initial pressure from the Kiwis and, moments before lunch, Buttler planted Boult straight down the ground for a towering six.

Buttler hogged the strike on the resumption but as he looked to move the score along, he was dropped on 34 by Jeet Raval running to cover.

Mitch Santner proved a more reliable pair of hands at deep backward point in the next over as England’s wicketkeeper perished for 43.

Broad was peppered by the short ball from Wagner and then dragged on to his stumps when New Zealand’s left-arm enforcer went fuller and ended England’s innings. 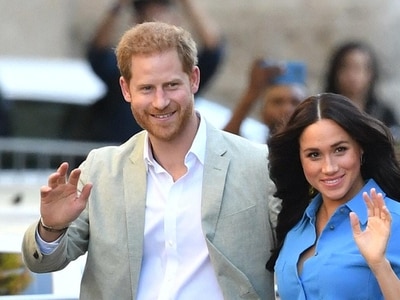